Maren, born in the home of the Cincinnati Reds, lived in Pittsburgh when the team included Roberto Clemente. It's been a great life.

Miracles At The Old Yankee Stadium

If your family cherishes baseball, the Yankees, or if you have a youngster who does, you may want to acquire these two children’s picture books for your permanent library. Both books combine outstanding illustrations with tales of heroes, perseverance through adversity, and, of course, baseball. Both are 29-page picture books intended for elementary school age children, and those who are young at heart.

Coincidentally, both these stories have connections to the old Yankee Stadium in the Bronx.

The Babe and I

A black grandfather shares with his grandson fond childhood memories of seeing Josh Gibson play baseball. Josh Gibson, an exceptionally talented African-American baseball catcher and hitter, was confined within the Negro League of early twentieth century America. The grandfather and his own father followed Gibson's Pittsburgh area Homestead Grays team and lent their support through its ups and downs during the Negro League Championship series of 1930. 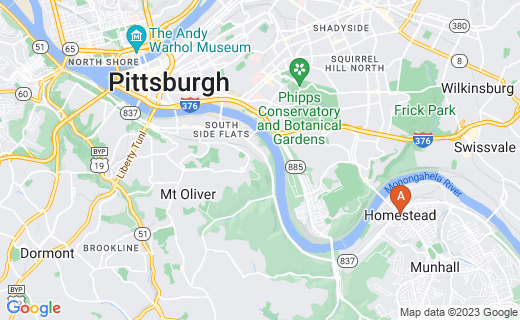 Reasons To Marvel At The Illustrations

The illustrations in Coming Homeo are incredible watercolors. The backgrounds are consistent, peaceful pale blues and greens, conveying the setting yet allowing the beauty of the medium to be expressed. Furthermore, the characters are drawn with such detailed facial expressions that their emotions reveal layers of American black history.

These superb illustrations were created by a husband and wife duo whose work has appeared on the PBS television programs Storytime and Reading Rainbow. Cornelius Van Wright is a black native of New York and Ying-Hwa Hu is from Taiwan.

The Greatness Of This Story

First, this story describes the career of a fantastic baseball player. Although many baseball authorities regard Josh Gibson, with his extraordinary home run record, as the Black Babe Ruth, he is generally unknown by the general public. Gibson's career average of whacking home runs is one home run for every 6.8 times at bat (the AB/HR statistic.) Compare this to the much admired Babe. His career AB/HR average is not as good; it is 11.76. So, this book serves as a tribute to an excellent athlete who was not recognized and honored in his lifetime.

In simple storybook language, the grandfather gently describes the racial segregation of his American childhood. This is presented as factual explanation in the story. (The more sour aspects of segregation’s toll on Gibson are included in biographical notes in the “afterward.”)

Josh Gibson and his fellow Negro League members are heroes, working and living in an unequal land. In addition, so are the fans. The Negro Leagues frequently attracted 30,000 to 40,000 fans to their games. This story is a rather upbeat memoir of enjoying baseball as best as it could be enjoyed for those times.

Furthermore, many features and details are historically accurate. An illustration of the characters checking their newspaper for baseball standings depicts the Pittsburgh Courier on the masthead. The Pittsburgh Courier was published in nearby Pittsburgh and was one of the top Negro newspapers of the United States in the 1930’s. An illustration on page 3 of this book is an accurate watercolor rendering of an existing team photograph. Depictions of radios, clothing, and sports equipment are correct for the period.

Some reparation has been made towards these disenfranchised members of our fellow Americans. Blacks were banned from major league baseball from 1888 until 1947, but in 1972, former Negro League players Buck Leonard and Josh Gibson were inducted into the Baseball Hall of Fame in Cooperstown, New York. I feel that this storybook, with its recognition of Josh Gibson and his home run record, is another appropriate step in acknowledging the feats of African-American athletes.

The Babe and I

In 1932, a boy in the Bronx, New York City, accidentally learns that his father has lost his job. The father, ashamed and hiding this situation from his family, is one of the many unemployed persons selling apples on city street corners during America’s Great Depression. With a friend’s help, the boy starts selling newspapers to help support his family and has a wonderful encounter with the Sultan of Swat himself, Babe Ruth. In addition, he and his father grow closer as they share the responsibility providing for the family.

1930's Yankee Stadium in the Bronx 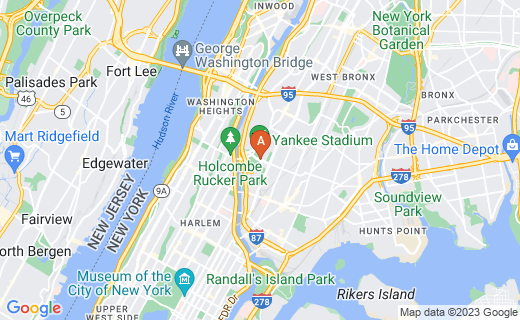 Reasons To Marvel At These Illustrations

The illustrations are acrylic paintings in subdued colors reminiscent of the style of American realist painter Edward Hopper, which helps draw the reader into the 1930s. One’s first introduction is the book cover showing the father with his arm around his son and the two smiling and glancing over their shoulders at Babe Ruth. I love the way Babe Ruth is drawn in profile with his strong thick chin. Additionally, the book cover includes elements of the story: the old Yankee Stadium (the House that Ruth built), an apple – for both the Big Apple (New York City) and the apple sellers of the Depression, and tall buildings in the Bronx.

The historic accuracy of the illustrations is outstanding. The title page illustration shows the father and son playing catch – evidence of their fun times in the relationship and the dedication page depicts an historically accurate baby perambulator (stroller). Colors are subdued, but not dreary or depressing, which is a good thing when doing a children’s story set during the Great Depression.

Clothing is depicted historically accurately for urban America of the Thirties. Men’s pants have cuffs and some men wear suspenders with their office attire. Adult men and women are shown wearing hats out in public. For the men, this was frequently a straw hat in the summer.

Young boys are shown wearing knickers, pants fastened just below the knee. Knickers were generally worn by boys until age 14, the time of graduating from grammar school (completion of 8th grade.) However, in this storybook the featured boy character is shown wearing long pants and it is questionable whether he is "correctly" old enough. Maybe by depicting him and his best friend in long pants, the readers of today can better relate to them.

Furthermore, the illustrations supply foreboding: in the first several pages, apple sellers subtly are shown working on all four corners of city intersections.

Greatness Of This Story

If you are either a Yankees fan or a Babe Ruth aficionado, I think you will thoroughly enjoy this book.

The characters cope successfully with adversity which is the poverty of the Great Depression – that able-bodied people, quite willing to work, did not have jobs. This was nation-wide (world-wide.) Almost everyone experienced moments of despair and the temptation to give up, to feel helpless. One of the heroic acts of the adults and children was to accept ANY kind of job, often lowly in prestige, way below their abilities and low-paying, in order to put a roof over the family and food on the table. The father was a hero to sell apples. But the father had his own challenge of pride. He did not totally overcome that which led him to keep his apple-selling job a secret from his family.

The boy was truly a hero. He evinced a maturity not seen in the middle school aged children of the 21st century. This boy gave the money he earned to his family, which was a frequent occurrence in the 1930s. Public assistance did not exist. Social Security was not enacted until 1935. Many children dropped out of school after an early grade (such as 3rd grade) in order to get jobs to help support the family. In addition, the boy protagonist here keeps the secret about his Dad’s real job.

Furthermore, this story celebrates teams, and working together. The New York Yankees were a team and Babe Ruth supported his team even when he was injured and could not play. The boy and his dad were a money-earning team. Also, they were a secret-sharing team.

A Boy Copes with the Great Depression

The Babe & I
Buy Now

Cite: The Babe and I. (1999) Adler, David A. Voyager Books. Illustrated by Terry Widener.

These Books Are Keepers

Both these simple children's books have important messages about tenacity and reaching for goals. In addition, each includes the value of humans connecting with each other with kindness (the character "Pop" greeting Josh Gibson at Yankee Stadium and leading cheers for him; Babe Ruth sitting with Yankee fans to cheer on his team when he was temporarily disabled.) Because both address historical events, they will not become outdated, so future grandchildren can also enjoy them. The writing is clear and the illustrations are exceptionally good. These books are keepers.