3 "Unwritten Rules" Of Baseball That Need To Go Away

The unwritten rules have been around for basically as long as baseball has but some are childish and need to go away. While I can understand why some players can get offended when these rules are broken, my opinion is that some baseball players are way too sensitive and instead of retaliating, they should just let it go. Below are 3 unwritten “rules” that need to go away.

Don’t Take An Extra Base/Steal Bases When Your Team Is Up By A Lot Of Runs. I can understand why some players could get angry if their opponent is up by a lot and trying to steal bases or go from 1st to 3rd on a single. The players see this as running up the score and being disrespectful. 2 questions, though: 1) How many runs and in what part of the game is it deemed disrespectful to try and steal a base? Is it when a team is up 6 runs in the 2nd inning? Or is it 7 runs in the 4th inning? What about 5 runs in the 8th inning? Do these numbers change when the game is being played at a hitter’s park (meaning it is more likely that the losing team can score more runs in an inning and have a chance to win the game) rather than a park where it is more difficult to score runs? My point is that with this arbitrary, unwritten rule, it is mostly left up to each individual player as to when trying to steal/take an extra base is disrespectful. My 2nd question: If a team is trying to steal a base or take an extra base, doesn’t that mean that the opponent also has the chance to get that runner out who is trying to steal that base? It’s always a risk to steal or to turn a single into a double. Some might say “Well, what if the 1st baseman isn’t holding the runner on first base and the team is conceding 2nd base.” My response to that is if you don’t want a player to get on 2nd base, do all that you can to keep him at 1st base because if you are giving him a base, he should be able to take it without being “disrespectful.” This isn’t Little League or high school. There is no 10-run rule or mercy rule. Your job is to get me out 27 times while giving up less runs than what you score in the 27 outs that you possess. If you don’t want me to get an extra base, don’t give it to me. Fans want the players to “play the game the right way” by running out every ground ball, play aggressively, and take the extra base when he can…except when his team is up by 8 runs in the7th inning. In that case, the players should do the exact opposite of all that. It doesn’t make sense.

Don’t Admire The Homerun You Just Hit….Unless You Are A Veteran. I don’t really understand this one. This unwritten rule states that if a player hits a homerun, he is supposed to put his head down and immediately start circling the bases. He is not supposed to stand at home plate for a few seconds or walk a few steps and watch the ball fly over the fence. Some pitchers feel like that is showing them up. I don’t agree with that. The pitcher’s job is to get the batter out. The batter’s job is to get on base and/or score runs. If the batter hits a ball over the fence and helps his team out, he’s probably going to celebrate a little bit. Are you telling me that these MLB pitchers are so thin-skinned that if a batter hits a homerun and watches it for a few seconds, the pitcher’s little feelings get hurt too much? Please! I really don’t understand the 2nd half of this unwritten rule: Veterans can get away with ‘admiring’ a homerun more than a rookie or a young player can. It’s almost like hazing: “You have to go through X amount of seasons or hit X amount of homeruns before you get to admire your homerun.” Also, when does a player become a “veteran” and is able to admire his homer? 1 season? 3 seasons? Or is it after he hits 50 homeruns? 100 homeruns? Pitchers need to let this one go. If a batter hits a homerun off of you, let him watch the ball for a few seconds while you regroup and try to execute your next pitch better than the last one.

Don’t Celebrate Too Emphatically On The Pitcher’s Mound. This unwritten rule goes along with the rule above, except flipped. As a pitcher, if you get an out or strike out a batter, you aren’t supposed to celebrate. The pitcher is just supposed to receive the ball back from the catcher and move onto the next batter. If it’s the 3rd out of the inning, the pitcher is supposed to hide his emotions until he gets off the field and into the dugout. Sometimes waiting to get into the dugout isn’t even enough. The team in the other dugout sometimes takes offense to a pitcher celebrating in his own dugout. The other team wants the pitcher to go all the way into the walkway to the locker room to celebrate. If I am a pitcher and I get the batter out in a big part of the game, I am definitely going to celebrate and show some emotion. Again, are these players too sensitive that they can’t handle someone celebrating for doing what they are paid to do?

What happens if someone breaks one of these unwritten rules? It usually means that the next time the culprit that broke the rule steps into the batter’s box, the opposing pitcher is going to take the baseball and throw it about 90 MPH at his back. That is how these grown men get retaliation for someone celebrating success: by throwing a hard, round object almost as hard as they can at the opposition. That is pretty childish if you ask me. But wait, there is more! There is even an unwritten rule for the retaliation for breaking the unwritten rules: If a pitcher is going to throw at the batter on purpose (again, that totally seems like the logical thing to do), the pitcher is supposed to keep the ball below head level. The pitcher is angry enough to hurl a baseball at the opponent’s back but not angry enough to throw at the batter's head and end his career. I think that unwritten rule is the best unwritten rule of all.

The only thing that comes out of these unwritten rules is that grown men get mad at each other, act like children by throwing an object at each other, and then they get suspended by Major League Baseball. I am all for sticking up for your teammates and wanting to help him out but here is an idea: instead of childishly throwing a ball at someone, play harder and win the game. Winning is a much better way of getting back at the other team rather than throwing the ball at someone and hurting your team by getting yourself suspended.

What do you think about these specific 'Unwritten Rules" of baseball 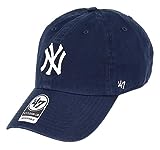