Cricket is one of the popular sports around the world that has been played professionally for more than 100 years. With a sport that has a history of over a century, there are bound to be some moments or records that are so popular and transcending that people still talk about it fondly. Cricket attracts an audience from all age groups. You can find all kinds of people in the stands in any cricket match; from a 4-year-old who is watching the environment with an admiration in his eyes and will one day think that he is a cricket expert and will write an article like this; to a 75 years old man who just wants to talk about the golden era of West Indies Cricket.

Due to this mix of people everywhere, there are some things from this legendary sport that happened in the past and still generates so much buzz that even young fans who have started taking an interest in the sports in the last year or so, also know about in detail. Let's look at 5 such things that have made cricket what it is today and are so acclaimed that it will be talked about for many more generations to come.

1. The Sri Lankan cricket team being airlifted from Gadaffi Stadium, Lahore in 2009 after a terrorist attack which left several players injured

This incident shook the whole cricket world and was one of the most terrifying events in the history of any professional sport. It occurred on 3 March 2009, when a bus carrying Sri Lankan Cricketers was fired upon by 12 gunmen, near Gaddafi Stadium in Lahore. The cricketers were on their way to play in the third day of the second Test against Pakistan. Many people including six members of the Sri Lankan team were also injured. The Sri Lankan team were then taken to the stadium and airlifted from the pitch by a helicopter and then immediate arrangements were made to fly the team back to Colombo and the rest of the series was abandoned.

The incident itself was horrifying and received serious outrage from the rest of the world as it was decided that no other team will tour the country for any series in the near future, which is still going on as many countries are still not ready to visit Pakistan despite the assurance given by PCB and ICC

The period of 1996-2003 can be termed as the purple patch of Australian cricket. It appeared like they couldn't put a foot wrong during that period. They won back to back world cups in 1999, 2003 and 2007 convincingly. Ashes too seemed like a far cry for the Englishmen as Aussies were not in a mood to give it away. They had covered all the bases in the team and had a bench strength that picks themselves in any team. The world learned to live with strong Australian teams at the fore and they were fighting for that 2nd spot.

The legacy that was created by Waugh and Ponting has still not been matched by any other team till now. People still talk about that Australian Era with reverence looking at the present condition of their team with all the recent controversies. Even the Australian team cannot create the same domination once created by 'the' Australian Team.

3. Sir Donald Bradman gets out for a duck in his final innings, failing to reach an average of 100.

Sir Donald Bradman, who is often referred to as 'Don' was an Australian international cricket, widely recognized as the greatest batsman of all time. He was the most dominating player in the 1930s and 1940s. There was not a single team in the history who was not scared to bowl to him.

He had many impressive records that have still not been broken till now in test cricket after all these years like, highest series batting average (minimum 4-Test series): 201.50; highest test batting rating: 961; Highest score by a number 7 batsman: 270, etc. But, the most popular record is his career batting average of 99.94, which could easily have been over 100. He needed just 4 runs in his last innings to retire with a career test batting average of 100, which is obviously incredible. But, unfortunately, he got out for a duck on that day and thus the average came down to 99.94, which is still impressive and may never get broken, but it is not a three figure. A cricket fan knows the difference between scoring 99 runs and 100 runs.

The semi-final match between Australia and South Africa is probably one of the most popular matches in the history of cricket world cups and that too because of that one last ball. The result changed the course of cricket journey for both the nations as Australia embarked on their way to win 3 successive world cups and writing a great history about themselves and South Africa could never reach the finals of the tournament even after almost 2 decades and thus received the tag of 'chokers', which haunts them in every tournament.

South Africa needed 213 runs to win and proceed to the finals and it should have been a piece of a cake for them considering their batting line-up that consists of Gary Kirsten, Gibbs, Daryll Cullinan, Kallis, Hansie Cronje, and Jonty Rhodes. But, because of the exceptional performance with the ball by the Aussies, especially by young Shane Warne, Proteas found themselves at 196-7 after 48th over. Still, they had a fair advantage with them and could have gone on to win the match if it was not for that last over.

After 49.3 overs, South Africa needed 1 off 3 balls with 1 wicket left. In the next ball, Klusener called for a run, but Donald was too late to respond. Mark Waugh tossed the ball to Fleming at the bowler’s end. Meanwhile, both batsmen were at the bowling end and Donald looked puzzled as he ran towards the other end without his bat. Fleming threw the ball to Gilchrist, who shattered the stumps down and Australia won. It was a heart-breaking moment for the Proteas from which, they have still not recovered.

5. The existence of the great Players Mentioned Below

When a sport is played for over 100 years professionally, there are bound to be some exceptional players that have left their mark and are so popular that even young generation knows about them even though they never watched them play.

I am sure that every young Indian cricket fan must have heard about players like Kapil Dev, Sunil Gavaskar, Mohammed Azharuddin, Bhishen Singh Bedi, and Javagal Srinath. They were representing India when some of us were not even born, and yet we remember them fondly.

There are many prominent players from around the world that have done more than enough to be regarded as one of the greats like Steve Waugh, Brian Lara, Shane Warne, Sir Viv Richards, Wasim Akram, Glane McGrath, etc. People may not know about their achievements, but these names will surely sound familiar to them. 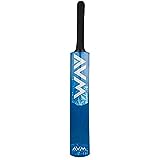