The Reds started from humble beginnings, formed by the Carriage and Wagon department of the Lancashire and Yorkshire Railway Department at Newton Heath, Manchester in 1878. Newton Heath as United were then called competed against other railway departments wearing the company colors of green and gold.

Newton Heath became members of the newly formed Football Alliance which soon amalgamated with the Football League, initially the club were to start in the First Division of the Football League however they were relegated after only two seasons into Division Two.

With debts amounting to £2670 the club were served with a winding up order which led to four local business men each investing £500 into the club, the investors who now had a stake in running the club, decided on a name change and in 1902 Manchester United were officially formed.

The club were to win their first ever title in the 1907 / 1908 season by winning the first division title, they followed this in the following year by lifting the FA Cup all under the leadership of manager Ernest Mangnall. After winning another first division title in 1911 manage Mangnall left to join local rivals Manchester City. With the resumption of league football after the First World War, United were to become something of a yo-yo club between the first and second divisions and by 1934 achieved their lowest ever placing when they finished 20th in the second division.

After the death of the clubs main benefactor John Henry Davies in 1927 the club were in danger of liquidation if it was not for an injection of cash to the tune of £2000 by new club owner James.W.Gibson. Stability was brought to the club and in the 1938 / 39 season before football was suspended during the Second World War, United were to finish 14th.

After the conclusion of the Second World War in 1945, United were to appoint a manager who would go on to have a profound effect on the clubs history and outlook. Matt Busby a Scotsman who had been a player with Uniteds rivals Manchester City and Liverpool demanded what was then unprecedented control over playing staff, team selection and training methods. After an FA Cup victory in 1948 Busby led United to its first league title for 41 years in 1952. Busby had a unwavering faith in the clubs younger players and with an average of only 22, his team became known as The Busby Babes.

In 1957 Busby's team were to become the first English side to take part in the European Cup, much to the annoyance of the Football League who had previously denied Chelsea the chance to take part the year before.

In 1958 tragedy was to strike the club, returning home from a European Cup match versus Red Star Belgrade, the plane carrying the United team was to crash after attempting take off after re fueling at Munich airport. 23 lives were lost including 8 young players and several more including Busby himself were injured. Reserve team manager Jimmy Murphy took over the day to day running of the club while Busby recovered from his injuries and amazingly the club were able to reach the FA Cup final which they lost to Bolton Wanderers.

The 1960s began a halcyon time for Busby's United. Busby began to rebuild his United team with the next generation of young players to come through the United ranks which included the likes of the great George Best. After buying in some gifted players such as Dennis Law and Pat Crerand, and with George Best and original Busby Babe Bobby Charlton, United began to gain some success. 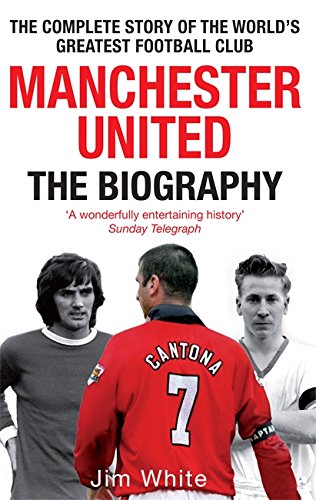 United went on to win the FA Cup in 1963 and the league title in 1965 and again in 1967. In 1968 they were to achieve their greatest triumph at that point when they won the European Cup Final at Wembley beating Portuguese side Benfica 4-1. The United team contained 3 European footballers of the year in Law, Charlton and Best.

Matt Busby resigned as United manager in 1969 to be replaced by former player and reserve team coach Wilf McGuinness. Under the reign of McGuinness United could only finish 8th in the first division and after a poor start to the 1970 / 71 season McGuinness resumed his role as reserve team coach as Busby himself once again took control for a short period until the appointment of Frank O'Farrell. O'Farrell was to only last eighteen months before United employed charismatic Scot Tommy Docherty to take charge. Docherty was unable to stave off relegation in his first season in charge but was unable to prevent it the following season when a United now without Law, Best and Charlton were relegated to division two. Docherty succeeded in bringing United back up at the first attempt and they appeared in the FA Cup final the next season but suffered a shock defeat to 2nd division Southampton but did manage to win the cup after defeating their great rivals Liverpool 2-1 in the 1977 final, sadly Docherty was then soon to be dismissed by the club after having an affair with the clubs physiotherapists wife. Under the leadership of Dave Sexton the next few years would be lean ones for United with only a runners spot in both the league and FA Cup to show for their efforts, Sexton was replaced in 1981 by another charismatic larger than life character in Ron Atkinson.

One of Atkinson's first acts as manager was to break the British transfer fee record when he brought soon to be England Captain Brian Robson from West Bromwich Albion for a fee of £1.5 million. Atkinson proved a popular manager and his team won the FA Cup twice in three years however league success eluded him and after flirting with relegation in 1985 / 86 Atkinson was dismissed. 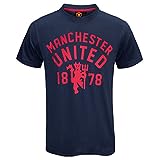 In 1986 Alex Ferguson would join United as a manager and begin a 27 year period of success that was virtually unprecedented in English football only rivaled by the great Liverpool side of the 1970s. Despite Ferguson's eventual success with United he did not have an illustrious start to his career as United manager. In his first season in charge Ferguson's could only finish eleventh, things improved the following year but in the next season United were back to eleventh again, victory in a replay against Crystal Palace in the FA Cup final reportedly saved Ferguson,s job.

After victory over Crystal Palace in the cup everything started falling into place for Ferguson's United, the club won its first European Cup Winners Cup title and then went on to beat Red Star Belgrade in the European Super Cup, in 1993 the club would finally achieve its first " double " by winning the FA Cup and the clubs first league title since 1967. In 1998/99 United would complete an incredible achievement by winning the "treble", the FA Cup, Premier League ( formerly the first division ) and the UEFA Champions League. United's team now contained some of the best young players in the world game, names such as David Beckham, Paul Scholes and Ryan Giggs guaranteed that United would be a hard team to beat for some time to come.

United were to collect another eight league titles under the now knighted Sir Alex Ferguson's reign as well as another FA Cup win, a win against fellow English team Chelsea in the UEFA Champions League and 3 League Cup wins.

In 2013 Alex Ferguson retired as United manager his place to be taken by Everton manager David Moyes, Ferguson's reign had been the most successful in Uniteds history and had seen some of its finest ever players perform for the club including Wayne Rooney, Eric Cantona and Christian Ronaldo.

Manchester United are the third richest football team in the world only behind the two Spanish giants Real Madrid and Barcelona in terms of income, they are also classed as the second most valuable sports team in the world behind Real Madrid. United have a worldwide following and at home games at Old Trafford the full houses at the ground always include many visitors from around the world and from all parts of the UK.