Women Can Learn Football Too

Super Bowl Sunday is the annual sports fanatics occasion to have a party and watch the clash of two football teams as they battle for the coveted title of Super Bowl Champions.
Many women, for dislike of the sport, or lack of knowledge of the game choose to go shopping, have a girls day out, or go see a movie. Having a girls day out is great. But for women and those non sports fanatics who feel shunted from the hoopla, you now have a way to understand the game easily.

I love football. When I am at a party (a non football party) during the year, and guys are talking football, I actually find myself gravitated towards their conversation. I think it is an intelligent sport played like a chess game strategy, with the added benefit of guys in tight uniforms. You don’t have to be one of those sports fanatics to understand the game. This article will teach you what you need to know to understand and enjoy the game. In just a few hundred words from now, you will have a better understanding of this great American sport. If you are not a sports fanatic and don’t like the game, the advertisements make the event worth watching anyway.

While I love football, I am not an expert, so if this needs some correcting, please teach me. Also there is much more to the game than what I am explaining, but it should be good enough to start you off to become a football sports fanatic or have more fun around a football sports fanatic. The game description relates to NFL Pro Football, The rules vary slightly for college football.

I Object of the Game

II The Beginning of the Game

Thick White Sidelines Mark What is in Bounds

V The Length of the Game:

Kicking the Football to the Other Team

Quarterback throwing the Football to a Receiver 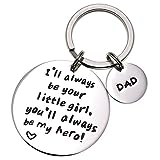 VIII Lingo of the Game

The Team is in Field Goal Range

Super Bowl Commercials are Some of the Best

IX For Non Sports Fanatics who want to know when to expect the advertisements:

Did you find this article helpful