The Clock Was Ticking

The time ran out before Georgia could make another play and they had no more time-outs, how unfortunate?

Alabama usually play #5 Florida in the SEC. This was the Crimson Tide's eighth time in the SEC title game, but the first time Alabama has played with a team other than Florida.

The Georgia Bulldogs hasn't won a national championship title since 1980 and lost to LSU, 42-10, in last year's SEC Championship Game. Georgia's coach Mark Richt said his team had the play it wanted at the end, but Alabama ruined it by getting a hand on the ball. We had a chance at the end. We just didn't get it done. For the Bulldogs (11-2), the consolation prize maybe a spot in the Capital One Bowl,

Eddie Lacy #42, a powerhouse running back. Lacy has been the Offensive Player of the Week three times this season by the UA coaching staff. He chose Alabama over Oklahoma, Tennessee, Mississippi, Mississippi State and LSU. His position with the Tide proves him to be outstanding as a running back.

Lacy stays poised and he learned a lot from Mark Ingram and Trent Richardson. He is fast and the opponent might would win if they could figure out a way to slow Lacy down.

Freshman, T. J. Yeldon #4, running back just might be another Alabama's Heisman Trophy winner. His yard performance exceeds Ingram and Richardson. Yeldon can get from under tackles and elusiveness seems to be his greatest gift. Eddie Lacy carried the ball 20 times for 181 yards and two scores, while T.J. Yeldon added 153 yards and a touchdown on 25 rushes for the Crimson Tide (12-1, 7-1 SEC), who ran for an SEC Championship-record 350 yards in the triumph

McCarron, threw 162 yards with a touchdown and an interception on 13- of-21 efficiency, fooled the Georgia Bulldogs and made a pass to Cooper, who ran by cornerback Damian Swann along the left sideline. 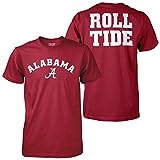