Liverpool bounce back in time for a huge Anfield night

On a cold night in London, Liverpool were beaten for the third time in four games in all competitions. That sparked social media into a reaction, mostly from football fans lying in wait for Liverpool to concede points and to drop out of competitions, if its not VAR its Klopp-out hashtags, although some just for sheer banter.

Liverpools defence is looking more like a Reliant Robin than Rolls-Royce, the midfield is like the lion from the Wizard of Oz and the front three make scoring look like a crime, with one of them having the touch of a curb.

Managers gone by would have been opening the top button of their freshly pressed shirts and gulping down hard knowing of the expectations of the Anfield faithful, but, unless you have had your head in the sand this year and have not seen the upraise of this huge club, you will know this is a mere bump in the road for Jurgen Klopp‘s men. This Liverpool team is up there with all the great sides gone before them and not just Liverpool sides of old, I’m talking of all time. Records have been broken time and time again without let up. People have been talking of Man City potentially having a better season than Liverpool, comparing Uniteds 1999 treble winning team and Arsenals invincible's but the fact is, none of that matters, Liverpool fans have had one thing on their mind for the past 30 seasons, the league title...the holy grail, and with that trophy in touching distance 3 losses was a distant memory on Saturday vs Bournemouth, setting another record of 23 straight home wins.

As Klopp is always saying along with players, pre and post match interviews, "we focus on the next game" and that’s exactly what happened after the FA Cup exit, and now we focus on a huge night at Anfield.

Focusing on the next game

Anfield hosted Bournemouth on Saturday, and the Cherries, who are fighting to keep their place in the top flight suffered another blow in a narrow defeat to the hands of league leaders Liverpool, who got back on track with just 3 more wins needed to pick up the title, (even sooner if Man City continue to drop points).

The Liverpool stars will feel a boost ahead of the next premier league game when they travel the short trip over Stanley park which sees them play Everton, where the home team will want to delay their neighbours clinching their first premier league title as we now know it.

lets not look to far into the future though, let’s focus on the next huge task at hand vs Athletico Madrid.

And what a clash it will be!

Wednesday night at 8pm Anfield will be rocking.

If you had the privilege of being at Anfield in 2005 against Chelsea in the semi final of the champions league 2nd leg, or against Man City a couple of seasons ago or that night against Barcelona, you will know what is coming for Atlético Madrid and Diego Simeone.

The atmosphere will be mesmerising, from the drive up to the stadium (past the Arkles) until you walk up the steps and see the flood lit pitch, there is no doubt those Athletico players, supporters and Diego Simeone will know where they have landed, like a scene from Gladiator they will feel the pressure, just like all those teams on those previous famous nights will adhere to. What a game to look forward to, for Liverpool fans, for neutrals and even those fans waiting for another cup competition exit so they can take to social media, all will be watching!

Which was the better night?

what was the best Anfield champions league atmosphere? 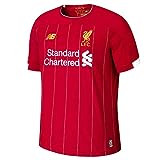