How to Bait for Black Bear

Why a bait station?

Hunting black bear over bait is one of those things you either love or hate. If you haven’t done it you don’t know what you are missing. Bait stations increase your odds of not just getting any bear but getting the bear of your choosing. I feel fairly confident I will get a bear almost any time I go out when I use a bait station. If you are interested in learning basic bear biology the bait station can’t be beat. A well-planned and maintained bait station has the ability to bring in several bear a day frequently more than one at a time. Watching bears up close while you are undetected is a fantastic way to learn bear behavior. Comparing several bears in close proximity will help you brush up on your trophy judging skills. You are able to better determine a bear’s size by comparing individual bears. You can easily spot blemishes such as rubs and scars or unique markings to determine the over all desirability of an individual bear as a trophy. If you want to take a few good bear pictures bait stations are just ticket to set up your own unique bear shots.

Like real estate location is everything. If there are no bears where you want to set up your bait station all of bait in the world is not going to bring one your way. Knowing your prey and the area you will be hunting is a must before you decide where to place your bait station. Once you have determined through preseason scouting there are bears in the area you want to hunt you then have to decide where to place your bait station and how to place it in relation to your stand. Knowledge of prevailing winds, thermals in hill country, how the sun moves across the bait, how bears will approach the bait, and the time of day are most active are things you have to think about. Your knowledge the bears territory comes to play here. You would not want a bear to approach the bait from behind you any more than you would want the prevailing wind coming from that direction. Ideally I like to be facing or quartering into the prevailing wind. I also like to have an open field behind me with just enough trees or shrubs to break up my silhouette. The open field will help deter most bears from approaching from your back. Having the bait set up under a canopy with brush covered approaches will also help the bears will feel more secure as they come to the bait.

Thermals are the natural movement of air however unless you hunt in hill country they should not be a big issue. If you do hunt in hill country thermals can help or hinder depending on your set up. Warm air rises carrying odors up while cool air settles into the low-lying areas; cool air is denser so it carries odors better. If you are hunting in hill country where thermals are common try use them to your advantage. Thermals will vary depending on the season and time of day. Spring will bring in warmer sunnier days while the autumn will have shorter cooler days. Early mornings and evenings the cool air will settle in the lower elevations. Mornings and evenings are also when bears are moving the most they are either heading to their bedding grounds for the day or coming out to feed. It is important that you place the stand in relation to the bait so you are able to optimize the smells coming from the bait and minimize those from the stand. You want bait odors to cover as much territory as possible but cover your odors from approaching bears as best you can. All that said a bears olfactory system will not only pick up hundreds of odors to each one of yours they can also determine the direction different orders are coming from. Bears will know you are either around or have been around but as long as they do not perceive you as a threat they should come to the bait.

Set Up Your Shot

Using a bait station is probably one of the few times you can position your animal, at least to some point, to set up your shot. This is especially handy if you are hunting with a bow or are new to bear hunting. The longer you have to wait for a bear to wander around until he presents a killing shot the higher the odds are he will wind you or see you move. Most of the time it is easy enough to use brush cleared from the shooting lane along with a log or two and the natural flow of the terrain to position the bear where you want him. The trick is to make it easy for the bear so he does not have to move stuff to get to the food or to make him feel crowed. If the bear has to move logs and brush there is no telling where they are going to land, you don’t need a bush pile between you and your future trophy. Crowd him, he may decide to wait until dark to make a move or just take his business elsewhere.

My favorite shot for bears is a double lung shot I tell the clients to aim at the top of the crease behind the shoulder. I also like the bear to come from behind the bait then turn into it so he is perpendicular to the blind giving the hunter the perfect shot. Yea, I know that’s asking a lot but occasionally it does happen. Most times I can get the bear to come in that way however more often than not he just plops down on his belly and starts eating like a lazy mutt. I find this happens almost always when I use small bait like dog food or popcorn, bait he can scoop with his tongue. If this is a problem there are couple of things you can do to fix it. One thing is go for something he has to work a little harder to get at, most of the time this will keep him standing at least for a while longer. Or you can use a drum with a hole in the side about 1/3 to ½ the way up from the bottom. Chain the drum to the tree so it is positioned for your shot.

Black bears are opportunistic when it comes to food. However they have certain dietary needs depending on the time of year. For some time I have been experimenting with foods based on bears seasonal needs. I believe you can use different types of foods targeted for the season that will increase your odds of bringing in mature boars. I have found when I just leave food I just get bears big, little, boars, sows just bears. However when I target food that I think should meet a bears normal cravings for a particular time of the year I get a larger percent of boars coming to the bait although not necessarily big boar. My theory is seasonal food will bring in more bears in general including larger more dominate boars. As I said earlier bears are opportunistic feeders however depending on the time of the year they have particular nutritional needs. A bear coming out of hibernation has just spent months living off stored body fat and amino acids created from recycled urine. His first few days out he just hangs around and does a little grazing on the new growth while his system adjust back to a normal diet. Spring and early summer bears have higher ratio of proteins to carbohydrates in their diet. Proteins come from two sources plant and animal. Animal protein is primarily from insect’s ants, grubs, and hornets. If opportunity presents itself larger boars will take newborn fawns and moose calves as well as smaller bears. Plants are highest in protein before they leaf out or before flowering. Early summer bears do the majority of their growing, by growing I mean they are developing bone and muscle, major weight gain from body fat comes later. Mid summer when plants start to produce fruits and berries their diet starts a transition from a high protein to a higher intake of carbohydrates. By late summer the change is complete their diet has become high in the carbohydrates they will use to pack on body fat they need to survive the coming winter.

All this said the best advice I can give you is what my old friend & mentor once told me back in my early days in Alaska. “If you want a wolf you gotta get out amongst them” 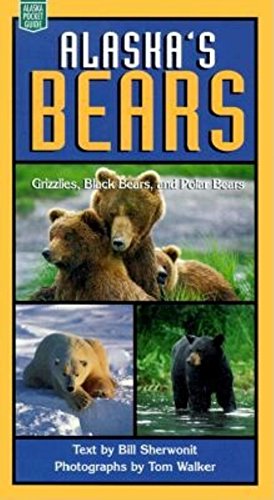 1. Black bears lips are not attached to their gums along with their tongue can be manipulated to pick individual tiny objects like ants or berries.

2. Black bears can double their weight in the summer when food is plentiful.

3. Boars can exceed 7 foot in length though 6 foot + is more the norm.

4. Alaska has the highest population of black bears with approximately 100,000 while Texas has the lowest with somewhere around 50.

5. The fertilized egg will not attach to the uterus wall until the sow reaches optimum weight.

6. Siblings from the same litter may have different fathers.