Part One: Steroids and The Hall of Fame

Los Angeles Dodger outfielder Manny Ramirez was suspended for fifty games last week for violating Major League Baseball’s drug policy. He allegedly tested positive for HCG which is a fertility drug banned by Baseball and used by women trying to get pregnant. Hey, what does baseball have against kids?

Just a few weeks prior more allegations were revealed involving Alex Rodriguez who some consider to be one of the greatest players ever. Rodriguez had already admitted to using steroids during a three year period while playing for the Texas Rangers. He is now implicated in a scam where he communicated with opposing players to the detriment of his team in the hope that they would reciprocate.

The reality is that the day after Abner Doubleday invented baseball in the mid 1800s, players, coaches, and managers began trying to figure out ways to bend the rules. Cheating is as old as the game itself. The problem is that some cheating has always been acceptable, but in the last ten years the line between what is acceptable cheating and what isn’t has become blurry.

Much of the talk revolving around steroids and other performance enhancing drugs and cheating involves the player in question’s legacy and whether they should be included in Baseball’s Hall of Fame. With this in mind, let’s examine the case of Gaylord Perry and Mark McGuire.

Perry pitched in the major leagues for twenty-two years compiling some impressive stats along the way including 314 wins, 3534 strikeouts, and two Cy Young awards.  Perry retired after the 1983 season and was inducted into the Hall of Fame in 1991 with 77% of the voters including him on their ballot.  (72% is needed for induction).

Gaylord Perry was an admitted and proven cheater.  He was ejected from a game and suspended in 1982 for doctoring the baseball.  Throughout his career Perry used the “spitball” and the threat of the spitball to his advantage over hitters clearly violating baseball’s rules regarding altering the baseball.  Perry would use a foreign substance like petroleum jelly that he would hide somewhere on his uniform like the bill of his cap or under the belt.  By applying the substance to the ball prior to the pitch, Perry would be able to make the ball move in directions that under normal circumstances it would not.  Perry used a series of hand motions and gestures before and during his delivery designed to deceive the hitter and make him think that the spitter might be coming.  It not known how many “spitters” Perry would throw a game, probably only a few, but by getting hitters to think he was throwing it gave him an advantage.

Perry was only caught the one time late in his career even though it was widely known or suspected that he was doctoring the ball throughout his career.  Perry’s autobiography is titled: Me and the Spitter.

Mark McGuire, however, was never caught cheating and has never admitted to any wrong doing.  Over the course of his sixteen year big league career, McGuire certainly accumulated Hall of Fame worthy numbers including 583 career home runs which at the time made him fifth on baseball’s all-time home run list behind only baseball immortals Babe Ruth, Hank Aaron, Willie Mays, and Frank Robinson.  McGuire also broke one of the most prestigious records in all of sports when he hit seventy home runs in 1998 breaking Roger Maris’ record of sixty-one set in 1961.   McGuire did admit to using the supplement androstenedione (andro) after an Associated Press reporter found a bottle in his locker after a game in 1998.  At the time, andro was legally available over the counter in the U.S. and not banned by Major League Baseball even though it had already been banned by several athletic bodies including the National Football League and the World Anti-Doping Agency which governs the Olympics.

When McGuire retired from baseball in 2001, he was considered an absolute lock for the Hall of Fame.  A funny thing happened however in the five year eligibility interval that a player is required to wait after retirement.  America suddenly found “religion” regarding Steroid use in baseball, and when McGuire testified in front of congress in 2005 along with other players on the topic, he made a fool of himself.  He refused to answer questions reading the following prepared statement:

“Asking me or any other player to answer questions about who took steroids in front of television cameras will not solve the problem. If a player answers 'No,' he simply will not be believed; if he answers 'Yes,' he risks public scorn and endless government investigations.... My lawyers have advised me that I cannot answer these questions without jeopardizing my friends, my family, and myself. I will say, however, that it remains a fact in this country that a man, any man, should be regarded as innocent unless proven guilty."

When pressed and asked if he was invoking his fifth amendment rights, McGuire responded,

“I'm not here to talk about the past. I'm here to be positive about this subject.”

In 2007 when McGuire first became eligible for Hall of Fame, he received only 23% of the necessary votes.  In 2008 he received the same amount which is far below what is necessary for induction.

Baseball more than any other sport is a game of numbers.  It has always been the way to compare players of different eras.  Some numbers have always been considered “Holy Grails” for induction into the Hall of Fame for example, 500 home runs, 3000 hits, and 300 wins, but apparently that is going to change.

Read More About It 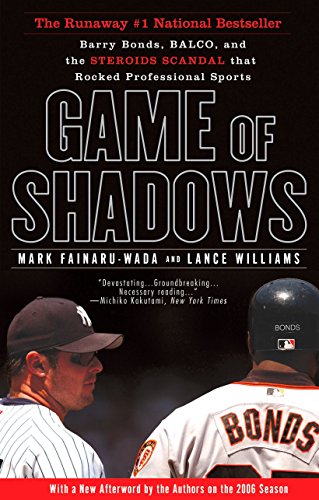 Barry Bonds will be eligible for the Hall of Fame in 2012. It is highly unlikely that Bonds will make it into the hall despite passing Aaron as Baseball’s all-time home run king and despite passing McGuire and setting the single season home run record in 2001 with seventy-three.
Even though Bonds has never admitted using steroids, it is widely accepted that he did. He is also currently under indictment for perjury and obstruction of justice.

If Bonds is convicted, it may give Hall of Fame voters the out that they need not to vote for him. What about players like Sammy Sosa, Rafael Palmiero, and Roger Clemens? All three have Hall of Fame numbers. While Sosa and Clemens have never, to this date, admitted using performance enhancing drugs or failed a drug test, it widely believed that they did. Clemens is currently under investigation for lying to Congress about his drug use.  Palmiero just a few months after wagging his finger at Congress claiming that he had never used any performance enhancers, failed a drug test.

What happens when current players Alex Rodriguez and Manny Ramirez become eligible? What happens if a player who is not suspected to have used Steroids, say Mike Piazza, is inducted and then it comes out that they did use Steroids? Would Baseball have to remove him from the Hall under these circumstances?  It is also interesting to consider that prior to 2002, Baseball did not test players for steroids, and to this day Baseball still does not test for human growth hormone (HGH) which is the current drug du jour.

In 2006 Baseball commissioned former Senator George Mitchell to lead a full investigation into past steroid use by major league players.  The Mitchell Report was supposed to culminate the so-called steroid era in Major League Baseball.  It was supposed to be the definitive investigation designed to close the book and allow players and fans to move on and leave the past behind.  At least that Bud Selig and the rest of the Lords of Baseball had hoped.

Unfortunately for them it hasn’t exactly worked out that way.  In the near future, the focus will remain on pending cases like the ones against Roger Clemens and Barry Bonds as they weave their way through the courts and players like Manny Ramirez as they continue to fail drug tests.  But the final say of the steroid era will lie with the Hall of Fame voters and will not be over until all the suspected players are eligible and eventually denied induction.

Part Two of this Series will examine the history of cheating in baseball.

The Hall: A Celebration of Baseball's Greats: In Stories and Images, the Complete Roster of Inductees
Buy Now