Super Bowl Sunday, the first Sunday in February is denoted by some of the greatest music performances in history creating 12 minutes of magic for the Super Bowl National Football League (NFL) fans around the world.

Journey with us as we review the changes over the decades from marching bands to solo artists to the rejuvenation of rock star careers.

Enjoy the amazing music videos - all compiled in one spot for your convenience.

Share with us your favorite performers by voting for the best Half Time Super Bowl show ever!

The Super Bowl is the biggest single event in American culture - even aside from the sport itself - and not only is the half time show a mega production - the commercials during this time slot are very special - not just in price but in creativity too! The commercials for the Super Bowl are simply the best of the best - check out this countdown of the top ten Ten Best Super Bowl Commercials.

From presidential elections to rejuvenation of former rock star careers, the Super Bowl half time shows has had not only the greatest impact in American sports and but also in American history. On what other day in the year do you have so many people watching one event?

And the growth continues. As Nielsen has reported the viewers in 1992 (during the Clinton campaign) were reported to be 34 million people, then 1993 had 86 million (McCartney is accustomed to 70 million, look how much larger the Super Bowl venue was for this superstar!). And in 2009, Nielsen reported 97.5 million viewers!

Rock star careers are rejuvenated, presidents are elected, parties are planned around the world, and advertising agents all look to this amazing sports event which sandwiches 12 minutes of music magic, the greatest in the world!

The Numbers Speak for Themselves!

As Allen St. John so aptly describes in The Billion Dollar Game, the greatest event in American culture where "100 million spectators and an economic footprint larger than the GDP of 49 nations".

His book details the building of the stadium with some great insights from architect Peter Eisenman to the deals that are brokered to the fabulous celebrity parties including the Playboy and Maxim party insights, to the intricate web of details for the actual creation of the event.

Super Bowl Sunday is a national holiday for many sports fans. Here is a look at some of the very best over the past 40 some.years.

Imagine that economic power, greater than than 49 other nations! 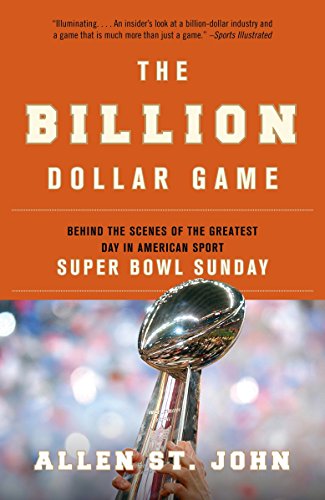 The Billion Dollar Game: Behind the Scenes of the Greatest Day In American Sport - Super Bowl Sunday
Buy Now

With such great songs as "Baby You Can Drive My Car", "Live and Let Die" (Wings) and ending his show with an all time classic, "Hey Jude", many feel this was the best half time show ever. I find it amazing how McCartney crosses generations. From the baby boomers who knew McCartney when he was in his prime to today's 20 year-old. How many more decades will this classic rock and roll span?

McCartney is reported to have been paid over $3.8 million or over $800,000 for each song he sang at the Super Bowl. Allot of money but the audience was huge, 86 million viewers and over 78,000 fans in the Alltel Jacksonville, Florida stadium. 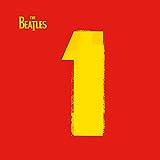 This is my personal favorite performance. If you listen carefully you can hear McCartney opening and closing with a sincere appreciation and admiration to the Super Bowl. He shouts Thank you Super Bowl at the beginning and also at the very end "You Were Are All Great - Thank you - Super Bowl We Love You". Now that is a true star, a legend who loves this game and openly shares his appreciation.

This performance is a sing along - look at the audience enthusiasm. Oh, it must have been a great experience to have been there live!

Also note the shadow of the Statue of Liberty at the very end. Great performance - visual and musical!

This IS an outstanding performance opening with an iconic song "Beautiful Day".

Has it really been that long? Michael performs "Jam", and of course "Billie Jean" and "Black or White". The performance was a change of course from prior performances in that he was the single artist. This half time show included a a video with children from Los Angeles area joining him singing "Heal the World".

Bruce knew his audience and his sports terms and substituted a baseball line in "Glory Days" with, "He could throw a...Hail Mary pass." 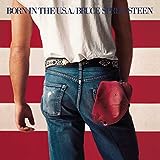 The 2001 show had three performers - Aerosmith, N'Sync and Britney Spears.

Even presidential elections in the United States can be affected by the Super Bowl. On January 26, 1992 immediately following the Super Bowl, Steve Kroft in a special abbreviated edition of 60 Minutes interviewed Bill and Hillary Clinton. The interview was a pointed attack about Bill's infidelity in his marriage with Hillary. Bill Clinton won the election overcame all the objections, I contend, not just because of his great speaking skills but also because of the placement of that interview following the most televised event in the entire year in the United States, perhaps the most televised event in the world - the Super Bowl. Where else in the media could have affected the Presidential election except after the greatest televised event with 34 million viewers at that time.

If you are interested in the interview, here is an article that details the questions and Bill's answers: http://www.angelfire.com/wa/starreport/60min.html

And yes, the show got lost in the presidential election, the show was with Gloria Estefan and was called "Winter Magic" featuring Dorothy Hamill and Brian Boitano.

Transitions of the Music Performances

The transition from marching bands, Carol Channing to retro super rock stars was gradual. It wasn't until 1991, that the halftime show featured a contemporary pop star: New Kids on the Block.

In the early 1990s the Super Bowl half time shows were denoted by young and upcoming rock stars such as Michael Jackson in 1993. Later in the 1990s the Super Bowl did an abrupt switch to retro including a 1998 starting with A Salute to Motown - a 40th Anniversary and later returned to the stage former great performers such as Paul McCartney, The Rolling Stones appeared in 2006 whose career heights were perhaps 20 years in the past. It was the Super Bowl half time show that not only rejuvenated their careers but their checkbooks also.

Noted author Allen St. John aptly details that the NFL did a "counter programming masterstroke" for the 28.6 million viewers to see on one stage a performance of Gloria Estefan with Brian Boitano and Dorothy Hamill in 1998.

Throughout the Super Bowl, commercial coverage has always been a premium but it has grown exponentially. In 1989, with the creation of the Bud Bowl, commercials during the Super Bowl have taken on a life of their very own and their own sense of independence if you will with denotation and direct reference to the "Bowl".

Which Half Time Show Was Your All Time Favorite?

Another in the series of hopes and dreams is around the corner, already the line-up for Super Bowl XLIV is scheduled for February 7th 2010 has been released - the Who.

The Who's performance was less than stellar. Check back and we will add in a clip.

Originally I had read that the 2010 half time show would feature Tom Petty & The Heartbreakers (with well know hits such as Free Fallin and Refugee at the Dolphin Stadium in Miami Florida.

The half time show and the 12 minutes of magic continue. 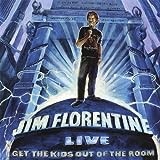 2012 Madonna Super Bowl Half Time Show Gimme All Your Love