The Boston Red Sox started playing baseball as one of the original members of the newly created American League back in 1901. With over one century of professional baseball the organization has developed a pretty loyal fan base that has been dubbed the “Red Sox Nation”. The Nation brings a very passionate following to their team and they are not afraid to voice approval, or displeasure, with bad play, poor player attitude or on the team’s roster moves.

This team also plays in one of the true landmarks in Major League Baseball, Fenway Park. Obviously fans of the sport are familiar with this park, and its famous green monster in left field, but I have found that even casual fans know of Fenway. In fact I play softball at a complex that has duplicate copies of some of the biggest stadiums past and present in baseball, Fenway Park is one of the six they constructed.

The franchise has had success on the field over the years but they have also been the victim of some of the most documented mistakes on and off of the field.

Arguably one of the biggest negatives to the franchise was when they traded a player named Babe Ruth to their biggest rival now, the New York Yankees. This trade started an eighty-six year World Series championship drought and was appropriately named the “Curse of the Bambino”. For a franchise that had won five championships in the eighteen seasons of its existence this lack of titles was a tough pill to swallow.

The rivalry between the Red Sox and Yankees is one of the fiercest in baseball. In fact when the Yankees built their new stadium back in 2009 numerous reports were made about Boston fans trying to sneak into the stadium and plant memorabilia that might cause a curse for the Yankees; specifically from the 2004 season which I will get into later.

Who is your favorite baseball team? 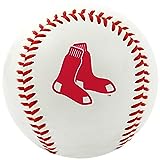 During the 2000’s the team had played pretty good baseball. They won the World Series in 2004 washing away the lengthy drought and made it into the playoffs another five times, a very respectable average in the highly competitive American League East Division. The 2007 season saw another World Series victory which was more than enough to officially bury the curse.

Near the end of the 2011 season however the team faltered the last month or so of the season and squandered another opportunity to make it to the postseason. This poor play led to the team going in a new direction not bringing back their long time general manager Theo Epstein and manager Terry Francona.

Historically when a baseball team is down three games to none in a best of seven game series it has been impossible to be the victor of the series. In the 2004 season the Red Sox faced this 3-0 hole when they were in the American League Championship game against the Yankees. I still remember parts of these games and was amazed at the never say die attitudes of these ‘idiots’ as player Kevin Millar lovingly called themselves. For a passionate fan this series was truly amazing and I am glad to say I was able to watch it unfold.

Many may remember pitcher Curt Schilling and his ankle injury in this series that led to his sock becoming bloody. This was truly a gutsy performance and, believe it or not, the Baseball Hall of Fame now displays this historical piece of dirty laundry.

This club proved the old adage about a team playing their best at the right time because they won eight games in a row knocking the Yankees out of the playoffs and then sweeping the St. Louis Cardinals in the World Series.

Before their heroics in 2004 the team was best known for having the biggest between the legs moment in baseball playoff history. In the 1986 World Series against the New York Mets their first baseman Bill Buckner let an routine ground ball go between his legs which allowed the winning run to score for the New York Mets; the Mets would go on to win the series.

During the drought of World Series victories from 1918 to 2004 the team still had competitive seasons winning the division five times and the American League title four of those times.

What hurt their chances of ending the curse earlier than they did was the level of competition they were up against in the four trips to the World Series that they made. In 1975 they played a Cincinnati Reds team loaded with future Hall of Famers known as the Big Red Machine.

During the first couple of decades for the franchise some remarkable things occurred. Success on the field was rewarded with World Series championships but one stat really stands out to me.

Fans of the sport acknowledge certain records that will never be broken. One such record is Cal Ripken Jr.’s consecutive games played streak or maybe Joe DiMaggio’s consecutive hits streak of 56 games. One that I think might just trump both of these remarkable records is what pitcher Cy Young did in 1901.

A stat that recognizes an accomplishment by a man, that later had an award named after him that rewards the best pitcher, should be a pretty good one and it is. In 1901 Young won thirty-three games which is far more than what we see in today’s game. Great pitchers might eclipse twenty wins in a season a couple of times but passing thirty is just not practical anymore. This might help explain why Young won five hundred and eleven games during his career. In comparison the game might only see a few more pitchers pass three hundred games won.

No doubt this franchise has had some of the game’s biggest names play for them. It is very difficult to get baseball experts to agree on who the greatest player in history has been but this team has a couple of names that belong in the greatest of all-time conversations.

For me it is a coin toss trying to decide between Ted Williams and Carl Yastrzemski as the greatest players for the franchise. I know that other great players have played for Boston but I’m going off of their team choice for the Baseball Hall of Fame, I’ll get into detail on those players in a moment.

Both of these men made their mark on the team and the sport during their playing days. What is a little bit ironic is that Yastrzemski was actually tasked with replacing Williams in the sixties. This might have seemed like an impossible task since Williams was the hands down selection as the best player on the team at the time and he had also won the elusive Triple Crown.

Moving to the Red Sox players of the seventies they had even more gentlemen become household names in Boston and in the game. Many fans of baseball know about catcher Carlton Fisk for his tough play behind the plate but even casual fans have probably seen his antics after hitting a home run in the 1975 World Series. The ball was hit down the left field line and Fisk was jumping up and down and flailing his arms around hoping the ball would be fair.

A couple of outfielders played critical roles during the decade as well; Fred Lynn and Jim Rice both came on to the scene and made their presence felt. Lynn actually became the first player to win the Rookie of the Year award and the Most Valuable Player award in the same season, not bad for the new guy.

The eighties featured a young fireball throwing kid from Texas named Roger Clemens and a hitting machine by the name of Wade Boggs.

Clemens quickly became a fan favorite because of his ability to strikeout the opposition’s hitters. In 1986 he struck out twenty batters in a game, a remarkable feat when you consider that a regulation game only has twenty-seven outs in it.

Boggs was not a big man from the left side of the plate but he had a knack of hitting the ball where the defense was not; he might not have been the caliber of player that Williams was but they had similar styles and approaches in the batter’s box.

Not moving once in your team’s history is a remarkable feat that the franchise should be proud of because not too many teams can say that they have called one city home for as long as the Red Sox have.

This is additional proof of the strong support and love of their fan base towards their team.

This team has the honor of playing in one of the most historic stadiums in Major League Baseball, Fenway Park. Fenway has been their home since 1912 and remains one of the legitimate gems in all of baseball.

Prior to occupying Fenway in 1912 the team played their home games Huntington Avenue Baseball Grounds.

Many players have gone to Cooperstown, New York wearing their Red Sox hats; in fact twelve different players represent the franchise. I have already mentioned Boggs, Fisk, Rice, Williams and Yastrzemski but there are a few others too. Jimmy Collins, Bobby Doerr, Rick Ferrell, Jimmie Foxx, Lefty Grove and Harry Hooper have been voted into the Hall of Fame and they chose to enter as a member of the Red Sox.