Shopping for a canoe Adirondack style.

My ex husband had a motor boat that I really grew to hate. Nothing against motor boats in general, just that specific motor boat. In all fairness, I think the problem really was my ex. He just didn't know enough about the necessary repair and upkeep to keep us out of danger. The motor would conk out in the middle of the lake during epic thunderstorms while my husband alternated between yanking the start up cord and scratching his head. Once during a sailboat race we were watching from the water, the anchor somehow dislodged from the bottom and we drifted into the racing lanes. When he would happily suggest that we go on a boat ride on a sunny afternoon my stomach would start to clench and I could feel my blood pressure rise. When we divorced he took that boat, along with the big scary dog of his, out of my life forever.

A few years later I bought a camper and had it delivered to a beautiful campsite on a pond near a lake. Many of my new neighbors had motor boats and I often got invitations to join them for an afternoon boat ride. Eventually I found myself thinking about a boat of my own.

I have always liked the notion of canoes. The way they quietly glide across the water, no muss, no fuss. Unfortunately, all of the canoes I had ever seen weighed well over 50 lbs. There was no way I could lift and maneuver a 12 foot, 50 or more pound canoe on and off the roof of my car and into the lake by myself.

A Visit to the Workshop

One day I was chatting with a couple who owned a camper near me and they mentioned they owned two light weight canoes that were made in a small workshop in a nearby town. They also told me they paid more than $1,000 each for their canoes. That amount was far beyond what I wanted to spend so I decided to forget the idea.

Yet the thought of owning a light weight canoe kept floating in and out of my thinking until one Saturday morning when I decided I would just take a ride to the workshop and look around. No way was I going to buy anything ... famous last words, right?

As I pulled into the dirt driveway, I noticed a new post and beam building with a big front porch on my left and a sign indicating it was the showroom. Shiny canoes, paddles and life jackets surrounded me as I entered the room. A very pleasant young man approached me and asked if he could help. I told him I was just looking, that I would not be buying a canoe. He said, that was fine, I should look around. Then he indicated he was going to call the owner who was having lunch at his house nearby. No, I said, don't disturb him, I'm just looking. The young man smiled knowingly and picked up the phone.

I walked around the showroom lifting up a canoe here and a paddle there knowing the 15 lb. canoes were just what I wanted but also knowing they were way out of my price range.

A few minutes later a tall, lanky man with a handsome face half covered in a white beard walked in and introduced himself. As I shook his hand I told him I was just looking, could not afford a canoe and I was sorry his lunch was interrupted. He just smiled and said," that's OK, come with me for a minute." So off I went feeling very much like a lamb being led to the slaughter but in a very friendly, nice way.

He led me past the workshop to the back of the property and for all I knew he could have been a very pleasant ax murderer but I followed him nonetheless. Just passed the workshop was a small pond. On the shore near the pond was an open ended shed covering three canoes.

He asked me what type of canoe I would be interested in IF I was looking and I told him a canoe for one. As we continued to chat he walked to the shed, dragged out a canoe, pulled it to the pond and slid it into the water. Before I knew it I was paddling around the pond in the canoe as he sat on the shore in an Adirondack chair with one of his long legs slung over the armrest. Although I was on the pond and he was on the shore we didn't have to raise our voices to continue chatting in the stillness of the afternoon.

I paddled around the pond for a good ten minutes, loving the canoe. He sat on the shore chatting away assuring me I didn't have to hurry because he had no plans,. Finally I pulled up to shore and he helped me out of the canoe. He asked me what I thought. I told him I loved the canoe but reminded him I was not planning to buy one but I was curious about the price. As expected, the price was nowhere near what I wanted to spend and I told him so and thanked him for his time. He just smiled.

Out of nowhere a thought popped into my head and I asked him if he had any used canoes. He thought about it for a minute and finally said, no, they usually did not get trade ins. We began walking away from the pond when he stopped and said, "how about the canoe you were just in? Would you be interested in that one?" I turned around and took a second look. The canoe looked fine to me. It did have a big repair patch inside but nothing too noticeable so I asked him what it would cost. He gave me a price that was less than half the price of a new canoe.

I was absolutely thrilled and accepted the offer before he could change his mind.

He picked up my canoe and toted it back to the workshop. Then he walked over and looked at my car. He told me the foam blocks they supply that support the canoe on the roof of a car probably needed a bit more foam to fit the slope of my car roof. So back we went to the workshop where he added another inch of foam to the four blocks. He asked what I did for a living and we chatted about his background.

When he was done I asked him if there was a manual I should buy about canoeing. Again he said, "come with me," and I followed him back to the showroom where he handed me a book and told me that was my manual. The book was entitled, "An Adirondack Passage," by Christine Jerome in which she tells the story of how her and her husband recreated the cruise of a 10 lb. canoe called the Sairy Gamp through 200 miles of Adirondack waterways.

We ended up sitting in rocking chairs on the showroom porch as he told me stories about movie stars and professional athletes that had come into his shop over the years and bought canoes. While we were sitting there a car pulled up and the couple that stepped out looked like they were wearing every canoe related item in the L.L. Bean catalogue. I eyed my host and asked him if I had to buy all that stuff. He just smiled, said no and greeted his new customers. When they walked onto the porch he introduced me as his friend, Jan.

The newly arrived customers were my cue to leave. He assured me I could stay, but I didn't want to cramp his sales style. As I pulled away, I heard him yell over to me to drive carefully and remember I had a canoe on the roof.

When I pulled into the campsite with my new canoe firmly anchored to the roof of my car, two of my neighbors came over and asked, "what did you do now!" 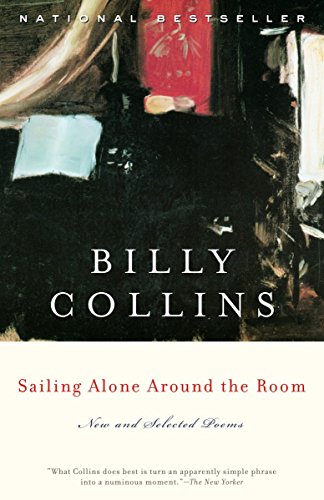