I have wanted to go to the EPCOT International Food and Wine Festival for years. I have always loved trying new foods. As I have gotten older I have developed an interest in wine and beer. So, this sounds like the perfect event right? Right. The problem was the logistics. I am sure that it is a surprise to no one that Disney is expensive. For the last few years I have done some number crunching to see if I would be able to swing a weekend trip in October. It just never added up. Each year I would fine that it just wasn't in my budget.

The flights were just too expensive, and driving was more reasonably priced but it would like a full day to get there and then a full day to get back. Not to mention the price of a hotel stay and park tickets. Then, lets add in that I would need to purchase whatever items I wanted to try. A quick weekend trip would end up costing me several hundred, to over a thousand, dollars and about two days of PTO.

Last year my parents invited my boyfriend and I on a Disney vacation. I was, of course, thrilled to be going back to Disney again. I was ecstatic when I found out they were planning on going in October. I was finally going to Food and Wine!

Every year the EPCOT International Food and Wine Festival grows. There are more sponsors, there are more countries, and there are more themed stations. The event has outgrown the world showcase. There are kiosks everywhere. You really can't miss them. To be honest everything is so well done. All the kiosks look like there are just meant to be there.

Most of the kiosks have several options of food and drinks to choose from. There are a few that just have drink offerings. But, those are few and far between. There are seminars that go over everything from cooking technics to wine tasting. But, these are not included with park admission and sometimes you need to make reservation prior to the event. There is a pavilion near Mission Space that is the headquarters for the event, that is where many of these seminars take place. It is also where you will find the chocolate sculptures, bottles of wine for sale, and free samples of chocolate.

Outside of the event pavilion the kiosks are mostly around the World Showcase Lagoon with a few strategically placed near the Land Pavilion. There are tables clustered near the kiosks, many of them have shading. But, they are standing only, and there is not enough for everyone to have a place. I would advise that you have one person in the party order and another scout out a table if you wish to use one.

I had been looking forward to the food at the Food and Wine Festival for years. And I am very pleased to say that I was not disappointed. I enjoyed everything that I tried. In order to save money, calories, and in an effort to try as much as possible my boyfriend and I shared everything we got.

I had steak from Canada. Pistachio cake from India. I even tried escargot in France. Well, kind of.

Most of the food items were priced from $3.5 - $8.00. The steak in Canada, which is from the famed Le Cellier steakhouse, was the most expensive food item we tried.

Each kiosk had a large sign in front that showed the food and drink options. What is even better is there were pictures of most of the foods. I really felt that it helped me choose what to try in places where I wasn't familiar with the food. I was very happy with everything that I tried. If I had more time, and unlimited funds, I would be more than happy to try everything the International Food and Wine Festival has to offer.

Now, I know it is the EPCOT International Food and Wine Festival. But, there is a lot more than just wine to drink. Many of the kiosks offered beer selections. Some of them had mixed drinks with various liquors. I mean, can you go to Mexico without a margarita? I thought not. And all, of course, had non-alcoholic offerings, mainly bottled water and fountain drinks.

Now, I hate to say it. But, I feel that it needs to be said. I was not super in love with all of the drinks that we tried. There. I said it. Nothing was so and that I wouldn't finish it, but many of the wines and beers I would not order again. Which is sad since the drinks were all pretty much $4-8. I did see some wine options that were very expensive, nearly $40. I did not try any of those. I just have a hard time paying what I did for essentially a tasting. The wine was around 2oz and the beer was probably 4oz.

Over all I am very glad that I tried what I did. It was a great way to spend a couple of days. 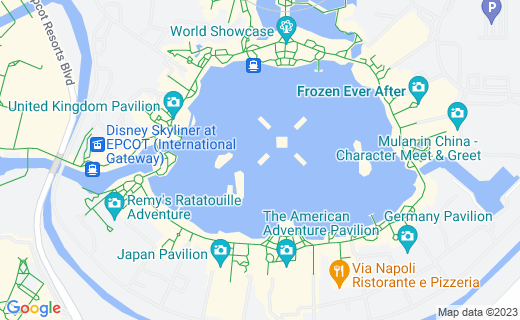 We were lucky. I had earned a $250 Disney gift card from my Disney Visa. Not to mention my boyfriend and I had been saving to make sure that we could try what we wanted. I'll be honest with you, because I knew we had the gift cards I wasn't paying too close attention to what we were spending. We spent two afternoons trying the various food and drinks from around the world. We spent around $200 at the food and wine festival. Thats a lot. I mean that is a little crazy considering it was essentially lunch and drinks.

I very strongly recommend to anyone that is on a budget getting a gift card. Pick an amount that you find to be affordable and just use the gift card. It is so easy to just swipe the magic band and not even pay attention. But, if you have the gift card it prints out your balance on each receipt. That will help you keep track of how much you have spent and how much more you can spend.

Aside from that I would absolutely recommend this event to anyone. It is a great way to try new foods and drinks without committing to a full meal, or a full glass. I was able to try so many different foods and drinks and I had a lot of fun doing it. It was very relaxing to spend the afternoon sampling fine foods and sipping wine while watching the bald eagles fly over the park.

Just be prepared that the Food and Wine event is very popular and that there will be many other guests in that part of the park. We never really waited that long in line for anything and we were able to snag a table, and sometimes picnic tables, whenever we wanted a place to stop and eat.

If you choose to do Food and Wine I recommend taking a look at the menus for the different kiosks before you go. Look at a map of the park and find the kiosks that you want to try food and drinks from. Make a plan. Otherwise you will end up wondering around and will like try a lot of different things and may not have room, or money, to try what you had been looking forward to. Of course, the second day we essentially were just wondering around trying things that we had not had a chance to try the day before.

Make sure that you take time to enjoy your time at the International Food and Wine Festival. It is really a fantastic event and Disney has been putting it on long enough that it really runs smoothly.