Be Prepared for Long Runs! What to Bring and How to Bring It.

Don't I just need my keys and my phone?

Ever gone on a long run and gotten hungry or dehydrated? Ever needed to buy something and not had any cash or credit with you to buy anything? Ever had to cut the run short (or, worse so, gotten hurt), and not had options to get back home?

Runner emergency scenarios like these are avoidable, and they don't require a ton of prep, nor do they require you carry a burdensome amount of gear on your back.

In fact, these prepartory recommendations are a great idea to do on every run, especially long runs where you'll be outside running for well over an hour.

Let's take a look at some basic steps you can take to prepare for runs, as well what (and how) to carry the items you need.

Before going on a run, do the following:

Eat a light meal before your run. It's important to eat good food before a race or long run. You want to max out your glycogen stores and even give your body some fuel to work with before the run begins.

Depending on when you run, you may be able to eat one or more full meals beforehand. But early morning runners probably won't have that luxury, if they can even stomach much food at that hour. Still, you will want to eat a piece of fruit or a small amount of something similar beforehand.

Don't drink too much water before you leave. If the body doesn't need as much water as you've taken in, you'll typically just urinate the remainder right back out. Unless for some reason you're retaining water, your body will not store extra water the way it stores extra food as fat. All that drinking a lot of water will accomplish is make you need to use the toilet early in your run.

Carry water with you on the run. While you can carry a typical water bottle, this can get cumbersome. You may want to purchase either a handheld water bottle for runners, or a running belt with built-in water bottles. These attach to your hand or waist during a run, freeing your hands to move freely during your run.

Bring other items you will need

Many runners only bring their home keys and mobile phone on a run. But there are a few other items that may be needed during your run:

"Okay, how do I carry all this?" Most running gear lacks the pockets of a typical pair of pants or a handbag. And obviously you don't want to carry a bag with you while running a race or on a training run.

I would recommend investing in a running belt, a runner-friendly fanny pack that can hold any needed items securely around your waist, without unduly encumbering your run. These cost about $30, but will save you so much trouble and hassle on runs and races. If you run races, you may not even need to bother with gear check!

This is the belt pack I run with. It comfortably stores everything I need, without impeding my running. 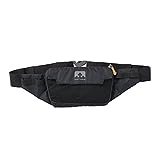 Putting in a bit of effort to prep for long runs can help avoid potential issues down the road. A belt pack can help you easily carry anything you'll need without weighing you down. While much of this isn't totally necessary, it certainly can't hurt. More often than not, it may help you out in situations where you need it.