Sailing: The Basics: The Book That Has Launched Thousands
Buy Now

Many of the words and phrases we use every day have nautical beginnings. Here a few. Bet you never knew how these phrases really started!

ALOOF - means to stand apart or be indifferent, but it came from the Old Dutch word loef which meant "windward" and was used to describe a ship within a fleet which sailed higher to the wind and was thus drawn apart from the rest of the fleet.

BY AND LARGE - Today this means "in general" or "on the whole".  It's nautical origins come from the nautical terms "by" meaning to be able to sail into the wind, or close to, and "large" meaning to sail in the direction the wind was blowing, so a sailing ship that could sail with the wind blowing from behind it or from nearly in front of it, could sail "by and large".  The first documented use was by Samuel Sturmy in The Mariner's Magazine , 1669.

CLOSE QUARTERS - Based on today's meaning of being in close contact with, it's easy to think that "close quarters" came about because of a ship's limited space.  However, the term first meant an area on a ship's decks where barriers were put to provide the crew a safe haven from which to fight an enemy.  "Close" meant "closed" and not in close proximity.

GET A WORD IN EDGEWISE - Originally "edgewise" was "edgeways" and the earliest phrase was "edging forward".  Today it is used in reference to joining into a conversation when one person speaks continuously and doesn't give others a chance to talk.  Nautically, edging forward was a term used to describe the small progress a ship would make when sailing against the wind by using small tacking (zig-zag) movements.

HAND OVER FIST - most often used financially to mean that someone is making lots of money quickly, this term actually may have come the action used by a sailor to pull a rope - hand over hand.  The phrase dates from the mid-18th century.

HARD AND FAST - meaning "rigidly adhered to" as in hard and fast rules, this phrase was well-known by the mid-19th century when it was defined in 1867 by William Henry Smyth in The Sailor's Word-Book : "Hard and fast. Said of a ship on shore." The term was used in reference to a ship which was firmly beached on land.

SHOW ONE'S TRUE COLORS - a phrase meaning to reveal yourself as you really are, actually came about because of the opposite phrase "false colors" - from the 17th century referring to a vessel which sailed under a flag not her own, a practice often used by pirates to gain easier access to a victim ship.

SLUSH FUND - Money put aside today, the phrase has a less than pleasant origin.  On a ship, slush was the leftover fat or grease gotten from boiled meat on board ship.  Cooks would sell this fat whenever they were in port, making some extra money - their slush fund.

TAKEN ABACK - meaning to be surprised or shocked by a sudden turn of events, the phrase originally was used when speaking of a ship.  When the wind shifted quickly so that a sailing vessel was suddenly facing the wind and its sails were pushed back flat against the mast and spars that held the sails up, it was said to be taken aback.

THREE SHEETS TO THE WIND - meaning very drunk, how many have wondered how this could possibly mean super drunk?  On a ship, a sheet is a rope.  Back in the time of sailing ships, if three sheets were very loose, the sails would flap all over the place and the ship would sail along in an awkward path much like a drunken sailor.  Thus the ship was "three sheets in the wind".

TIDE OVER -  At first glance, this would seem to be an obviously nautical term.  Today it means to make a small bit of something, usually money, last until a supply comes in, as in borrowing some money to tide you over till payday.  However, the meaning has changed over the years.  Once upon a time, ships could move under sail power, or in the absence of wind, float along with the tide, called a tide over.  One could say the floating would tide the ship over until wind came again to move it along.

TIDY - Hmmm... we all know what this means: in order, precise. Originally probably from the mid-13th century, tidy most likely was first used in reference to the seasons to mean something seasonal, timely, or excellent and came from "tide" in the sense of seasons or time. 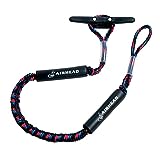