Everyone Loses with Xavier Henry Going to the NBA (Almost)!

Xavier Henry held a tearful press conference on April 7th, announcing his decision to leave the University of Kansas and declare for the NBA draft. It was a surprise to no one—Henry announced his intention of being a “one and done” player from the very beginning, and his father Carl occasionally lectured KU fans and staff about supporting Xavier’s efforts to get to the pros. Rumor has it Carl Henry conferred with KU coach Bill Self after every game, and it is safe to guess they weren’t talking about Tyrel Reed. Carl Henry got his way by forcing his son to enter the NBA draft as planned, but it sure seems as if Carl was the only one pleased with the outcome.

Why was the foregone conclusion that Henry would declare for the NBA draft such a tragedy? There were four players in this game, and as will always be the case, three of them came out losers. The players were Xavier Henry, the University of Kansas, the NBA and former Jayhawk Carl Henry. Their roles in this drama were predictable, and everyone played their part to perfection. So what happened?

Let’s examine who lost here, and then we will see who won. 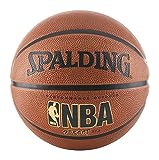 From the Kansas Jayhawks to....?

Xavier Henry lost. Skeptics will say that Henry lost nothing—he had the skills to become a probable lottery pick, and will soon be a millionaire. How could anyone feel sorry for Xavier Henry, and why should he waste his time going to college? On the surface it looks like everything came up roses for Xavier, but watching his tearful press conference shows another side to the story. If he was happy to be heading to the pros, the tears fooled me. He seemed like a son reluctantly doing what he was told by a controlling father who planned for this moment years ago. He appeared to be a frightened kid who would be better off working on his game, spending time with his friends and teammates, and gaining some emotional maturity.

As a player, Xavier Henry has a pro body but not yet a pro game. Henry has a slow release on his jump shot, didn’t rebound particularly well for his size, rarely posted up smaller defenders or drove on taller opponents, and was only average as a passer or ball-handler. He slumped during the Big 12 conference season, leading critics to suggest that if he couldn’t dominate the Iowa State Cyclones, he certainly won’t worry the Lakers. Most folks believed he just wasn’t ready.

The University of Kansas lost. In Xavier Henry, KU landed an enigma. As a spectator, I often wondered if Henry was playing as hard as he could at all times. I can’t say he wasn’t playing hard, but I couldn’t tell that he was, either. Henry asserted that he did what KU needed him to do on the court, but questions remain. It almost seemed as if Henry believed that if he played as hard as possible and lost, it would say something about him as a player that trying to blend in and becoming one of the guys wouldn’t. If this is true and Henry avoided giving complete effort to preserve the aura of being a “pro-ready” player, KU and Xavier Henry lost in the end.

While KU got the one year they expected out of Henry, they missed the opportunity to make KU a better team in 2011 by making Henry a better player. Xavier Henry would have been a leader on next year’s squad and, like Sherron Collins and Cole Aldrich in 2009, he would have gained immeasurably from having teammates depending on him to play well. He would have learned not just to play, but to win. KU would have taught him the difference between excellent basketball and basketball excellence. Henry would have learned that basketball excellence is never having learned enough. With the addition of Josh Selby, Xavier might have learned first-hand what it meant to be an NCAA champion.

The NBA lost. The NBA is fully aware of the problems associated with drafting players so young, but teams are afraid to let a young athlete that seems to have potential slip through their fingers. As a result, they draft kids that aren’t ready to play (or aren’t good enough to play). Many rookies end up in the NBA’s developmental league or sitting on the end of the bench with their only time on the court coming in practice. The ones lucky enough to still be in the league by the end of their first contract might be ready to contribute, but very few of them are leaders or winners. Even if they’re one of the better players on their team, they haven’t been taught to lead a team to victory. That usually happens in college, and it usually takes more than one season.

Most fans point to Kobe Bryant and LeBron James as reasons to allow players to reach the NBA as quickly as possible, ignoring the obvious truth that Bryant and James were atypical players. Fans also tend to forget that Bryant struggled mightily as a rookie, and his statistics were not overly impressive. The NBA would have offered just as fine a product if Bryant and James joined Dwayne Wade and Carmelo Anthony as college players. No one wonders what Wade and Anthony might have accomplished with the years they “lost” attending college. No one cares.

Carl Henry won. This former KU player insisted from the outset that Xavier Henry was a “one-and-done” player, and he helped make him that. He was an advocate for his son’s greatness, and made certain we all knew his opinions on the matter. He loudly trumpeted that Xavier and his brother C.J. were the best players on KU’s roster, and that it was important for KU’s coaches, teammates and fans to “be on the same page” in allowing Xavier to showcase his talents. In the end, Xavier Henry will get his millions and the opportunity to do what Carl wasn’t quite good enough to accomplish—succeed as an NBA player.

Unfortunately, Carl threw his son to the wolves. Xavier Henry the young man is about to disappear forever, to be replaced by Xavier Henry the millionaire. Carl will have a wealthy son, but he discarded what was left of Xavier’s childhood to achieve his goal. We can only hope that the younger Henry does not get consumed by the darker side of NBA life. We will wish him luck and hope that his game is good enough to get him onto the court, and that his stay in the league will not mirror his father’s NBA career through brevity.

It might be easier to say good-bye if it seemed Xavier really wanted to leave, but it didn’t look that way. I wish him well, and I will watch any NBA game he plays in to see how he’s doing. I only hope he will be remembered as the next Paul Pierce and not the next Gerald Green.

Thanks for all you did for the Jayhawks, Xavier. You were one of the most talented freshmen ever to suit up for the Jayhawks. You contributed to one of the greatest seasons in the history of KU basketball. You were a member of the team that got KU its 2000th victory. You played for the number one team in the country (most of the time). You were part of something special and we appreciate it. Good luck!

Xavier Henry impressed NBA scouts with his physique and soft shooting touch while working out in NBA cities in preperation for the 2010 NBA draft. Henry was selected with the twelfth pick in the NBA draft by the Memphis Grizzlies, directly following the selection of former Kansas teammate Cole Aldrich.

Henry's deep jump shot and understanding of the game are considered his strengths in the eyes of NBA scouts. His weaknesses are his lateral quickness and his ability to create his own shot. While many scouts question his ability to become a starter in the NBA and suggest that another year of college might have helped his game and his status in the draft, most believe Xavier Henry has the potential to be a good NBA player.

Because Xavier Henry was offered a contract with approximately $300,000 based on incentives, he didn't sign a contract until mid-September. He missed summer league play and if the NBA season is shortened by a player's strike or lockout, it could mean a wasted year for Henry. Xavier Henry could not know in advance what type of contract he would be offered, but one wonders if he might have been better served remaining in college--at least for another year.

Xavier Henry has been a professional basketball player for two seasons. He has been plagued by injuries throughout his brief career and his time on the court has been limited and unspectacular. In retrospect, the question must be asked again: did Xavier Henry do the right thing by declaring for the NBA draft after one season at Kansas? Would he be a better pro basketball player if he were in the draft of 2012 instead of jumping to the pros in 2010?

Henry got his money and that might be all he and his father Carl ever wanted, but I believe the answer is a resounding yes. Had Xavier Henry remained at the University of Kansas, he would have been able to expand his game, becoming more than just a perimeter shooter. He would have teamed with the Morris twins and Thomas Robinson to give the Jayhawks the best front line in college basketball. He would have worked with coaches daily on the nuances of the game, giving him new insights into how to excel on the hardwood.

Most importantly, he would have gained a few lessons in teamwork and leadership. If Henry remained at Kansas, he would have learned not only how to play the game, but how to win. In my opinion, these intangible qualities are what continues to separate the NBA's winners from the also-rans. College teaches players how to win. If LeBron James went to college, I believe he would have multiple NBA championship rings now. It took James nearly a decade in the pros to learn to win. Xavier Henry may never be more than a reliable bench player because he didn't stay long enough to gain these elusive qualities. The money he earned through an early entry into the NBA draft might never balloon into the big contracts his peers will enjoy. By cashing in, he missed out.

This is my opinion. What do you think?

What was the best choice for Xavier Henry and his career? 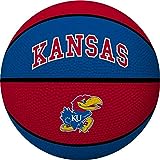 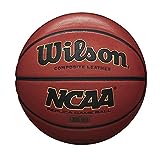