The new Barclays Premier League kicks off on Saturday the 18th August 2012. The following article provides a team by team roundup of the main headlines and transfers ahead of the 2012/2013 season.

The Football Social is a great social media aggregate site, which provides the very latest Premier League rumours and last minute transfer news hitting Twitter as well as highlighting which players and news stories are getting the most traffic.

Arsenal has won 13 First Division and Premier League titles and 10 FA Cups. The last time Arsenal won the Premier League was in the 2003-2004 season.

The club's first pre season signing was German Lukas Podolski from Cologne. Its second signing during the summer transfer window has been French striker Olivier Giroud from Montpellier. On August 7th the club confirmed it's big summer signing of Spanish midfielder Santi Cazorla (Santiago Cazorla Gonzalez) for a reported £16.5 million, which would make him the most expensive player in the club's history.

The breaking news is the club's sale of Robin Van Persie to Manchester United for £24 million.

After recording the lowest points total in their Premier League history (38) and the worst home record ever, the West Midlands team certainly needed some new blood. On June 2nd, Paul Lambert was confirmed as the club's new manager.

Attacking midfielder and Socceroo star Brett Holman officially became a Villa player on July 1st, having signed a pre-contract agreement back in March - under then manager McLeish - while still at Dutch club AZ Alkmaar.

Next up was defensive midfielder Karim El Ahmadi from Feyenoord for £2 million; Lambert's first signing.

Villa have got a young right back in the form of Matt Lowton from Sheffield United. The 23 year old has been signed for an undisclosed fee.

Centre back Ron Vlaar marks Lambert's third signing and the third from the Eredivisie.

Chelsea stalwart and Champion's League hero Didier Drogba completed his transfer from the club to Shanghai Shenhua on June, 20th. This was shortly followed up by the departure of Kalou and Bosingwa.

By the end of July the club completes the signing of Eden Hazard from Lille and Oscar dos Santos Emboaba Júnior from Internacional for more than £50 million in total. More signings are expected in the next few months.

Everton talisman Tim Cahill has gone and Man City have got their mitts on Jack Rodwell. However, £12million for Rodwell will help the coffers and maybe pave the way for a couple more acquisitions in addition to Naismith and Pienaar.

Steven Pienaar is back at Goodison on four-year contract. The South African attacking midfielder rejoins Everton from Tottenham in £4.5m deal.

Although there are few noticeable absentees and few new signings, Everton have retained the core of their team in Fellaini, Baines, Jagielka, and Jelavic.

Fulham confirmed the signing of teenage striker George Williams from MK Dons - for an undisclosed sum - on June 14th and strengthened their strike force after completing a three-year deal on Columbian forward Hugo Rodallega on July 12th - a free transfer from Wigan.

The club has confirmed the departures of Dickson Etuhu, who has joined Blackburn Rovers, and Bjørn Helge Riise who has returned to his former club - Lillestrøm - in his native Norway on a free transfer.

Liverpool's transfer activity has been rather subdued under new manager Brendan Rodgers. The club have only signed two players so far, though a few more acquisitions are expected. Rodgers' main focus seems to have been changing the style of football played at the club and his purchases so far seem to fit the mould of the type of play he is looking to instil.

Fabio Borini has been signed from Roma for £10 million. The purchase of the striker, who was part of Italy's Euro 2012 squad - could well speed along the exit of fellow striker Andy Carroll, who had a disappointing season for The Reds. The club are surely hoping he represents better value for money.

Welsh midfielder Joe Allen has followed his old manager to Anfield in a £15 million move from Swansea. Team mate Lucas Leiva has already enthused about the player's quality.

Dirk Kuyt, Craig Bellamy and Maxi Rodriguez are the confirmed exits from the club.

The mantra of the purse holders at Manchester City seems to be if it aint broke don't fix it, with just one high profile signing so far of midfielder Jack Rodwell (£12 million), who joins from Everton. However, this view isn't shared by boss Roberto Mancini, who has made no secret of his frustration at the lack of signings this summer.

The Manchester City exit door has been opened though and Bristol City have signed defender Greg Cunningham on a four-year deal for an undisclosed fee.

Ahmad Benali has moved to Italian club Brescia on a free transfer after his deal with City expired earlier this summer and Vladimir Weiss is also off to the Boot to play for newly promoted Pescara in Serie A.

Owen Hargreaves, Gunnar Nielsen and Stuart Taylor have all been released.

United’s chief executive David Gill has said that Sir Alex has the cash to splash for top signings. Shinji Kagawa has been bought from Dortmund for £17m, Nick Powell has left Crewe for £4m and Chilean striker Angelo Henriquez has shunned City's attempts to poach him and joined the Red Devils.

The big news however is the signing of last year's top goal scorer, Robin van Persie, from Premier League rival Arsenal. The Gunners wanted at least £20 million for their captain and United were forced to make an improved bid for the 29-year old Dutchman despite initially not wanting to spend more than £15 million. The final fee has been reported to be £24 million.

Manchester United stalwart Park Ji-sung has headed south to QPR and netted United £2.5 million. Michael Owen is a free agent after being released by United in June and Championship side Brighton have signed goalkeeper Tomasz Kuszczak on a two-year deal.

The biggest news for the club is that they appear to be closing in on signing Vurnon Anita. A £6.7 million fee is reported to have been agreed between Newcastle United and the Dutch midfielder's current club Ajax.

The Magpies' first signing of the summer was Reims midfielder Romain Amalfitano on a free transfer. He is a natural replacement for exiting Danny Guthrie.

Bigirimana, who's coming from Coventry City, was their next signing of the summer (for an undisclosed amount).

Steven Whittaker was Norwich's first signing and came in from Rangers on a free. He was followed, after a drawn out battle against clubs such as Aston Villa and Newcastle United, by the two-footed, midfielder Jacob Butterfield who finally signed from Barnsley on July 3rd for an undisclosed sum (although Manager Keith Hill described Norwich's initial offer as "scandalous").

Manager Chris Hughton's third summer signing was Leeds United captain Robert Snodgrass for a reported £3 million. The defender moves from the Championship side in a three-year deal.

Michael Turner marked the Canaries' fourth signing. The 28-year old defender comes in from Sunderland for an undisclosed sum.

It's been a busy summer for Mark Hughes in the transfer market. His signing of Park Ji-sung from Manchester United was the most high profile and also the sixth purchase for the club. He joins old team mate Fabio as well as Samba Diakite (from French side Nancy) and Ryan Nelsen, Andy Johnson, Rob Green; who have all moved over from London clubs.

QPR also confirmed the arrival of 22-year old Canadian winger Junior Hoilett on July 27th from relegated Blackburn Rovers. On a four-year contract, Holiett's fee is yet to be agreed. He was out of contract but Blackburn are due compensation because of his age. If no figure is agreed, the fee will be determined by a tribunal. Complicated!

For Sunderland, pre-season seems to be all about clearing the decks, with Martin O'Neil saying goodbye to a number of players. Michael Turner is one of the more high profile exits from the club (off to Norwich City), but the exodus list also includes: Marcos Angular, Asamoah Gyan, George McCartney, Michael Liddle, Jordan Cook and Craig Gordon.

On the flip side the club has signed Spanish defender Carlos Cuellar - in a two-year deal - from Aston Villa on a free. He marks O'Neill's first permanent signing since taking over as manager late last year.

Andre Villas-Boas beat Liverpool to the signing of Hoffenheim midfielder Gylfi Sigurdsson, who joins the club for £8 million.

AV-B has frozen out Croatian midfielder Luka Modric after he went AWOL over the summer. Modric is being forced to train on his own and doesn't figure in Villas-Boas' plans for the coming season. 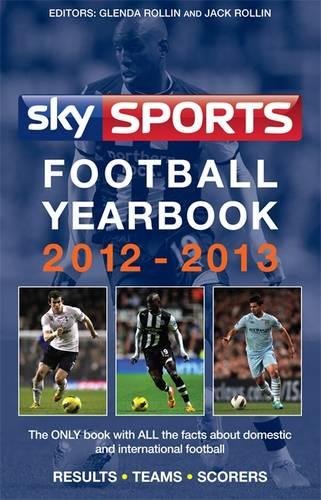 Can Manchester City do it again?