Football has not been my favorite sport, because as a teenager, I was forced to sit on a couch all day one New Year's and watch football for 12 hours - allowed nothing to eat, just two cups of tea.

I thought I'd escaped football afterward, but found a few years later that the restaurant for which I worked furnished food for the extra security officers on duty the 24+ hours of every OSU-University of Michigan home game in Columbus. That meant I worked over 24 hours straight those Saturdays and Sundays. The crowds and security people surely had a good time!

Security measures have become more sophisticated since the turn of the 21st Century, so the entire rivalry weekend is safer and more enjoyable for everybody there. Ohio State football fanatics live for this weekend and play it up as large as possible. 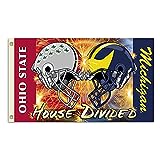 The "other" rivalry heated up on December 7, 2013 as the Michigan State Spartans beat the Ohio State Buckeyes in the 4th QTR with a score of 34 - 24 on Pearl Harbor Day.

This was totally unexpected by the Buckeys and Coach Urban Meyer. The Buckeyes had the country's longest college football winning streak (24 - 0) going into the Saturday night game.

During the week before the OSU - U of M game in Ann Arbor on Saturday November 30, 2013, Ohio Governor John Kasich signed an edict that no one in Ohio was to say the M-word (M*chigan).

Similar antics probably occurred in Ann Arbor, but some extreme events occurred as well, although not as extreme as in the 1970s.

Film footage is still available of Columbus, Ohio police officers standing shoulder to shoulder on both sides of High Street for a couple of miles on these rivalry game days fter the final score ws posted. They stood all night in the 1970s and early 1980s, with the help of extra security people hired to help watch the plate glass windows of university buildings and local merchants. Otherwise, bricks and concrete blocks were heaved through the plate glass whenever Michigan lost.

Ohioans said the M-word in those days, but put it into off color limericks and profane T-shirt designs. Today, the shirts are not allowed into Ohio Stadium.

As an accessory to all these events, cars and sofas were pulled into the middle of High Street at the Gateway to the campus at 15th Ave. and High Street. These items were set afire, pulling several firehouse's worth of trucks and firefighters to stop the fires before cars exploded. All the while, crowds of celebrants roamed over the sidewalks and in the streets, mostly attending a string of bars.

Some years, most of the Columbus Fire and Police Department officers were on campus, allowing opportunity for crime elsewhere in town to escalate. 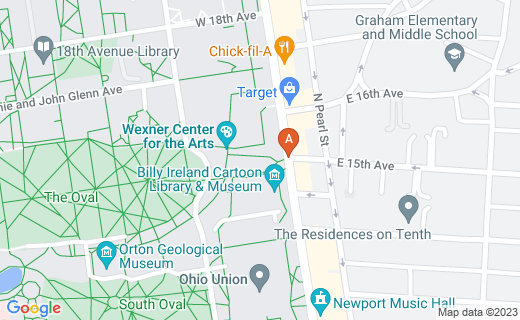 Wild Football Weekend Is a Winner 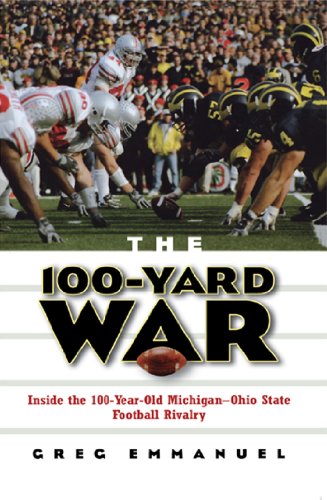 The university bus system stops running several hours before and after each home football game played in Ohio Stadium. This reducd foot traffic, because the buses are free for everyine to use and some lines run thorugh the adjacent communities. In addition, the libraries on campus close on game days, providing fewer opportunities for vandals to loiter in the public buildings. .

Designated city buses bring in specators from two off-campus locations and this protects spectators vehicles as well as reducing traffic around the OSU Campus. Previously, red and blue cars in and around campus suffered broken windshield from bricks, because the cars represented college colors (Ohio and Michigan, respectively). On rivalry game days, some streets are often closed down and blocked by city police as well, while the university police patrol the campus area. 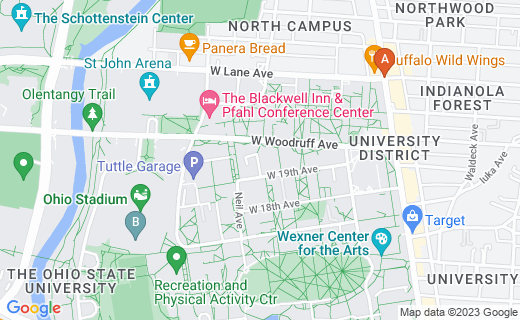 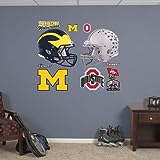 We cannot escape the fact that American football is a contact sport and is rough play. Rough language and gestures often go with it. Although some groups want to ban profanity on the football field and issue penalties for it, that may be impossible to enforce.

The Travel Channel recently aired shows highlighting college football tailgate parties before games. All the parties look like fun and some schools are known for higher alcohol consumption than others. Ohio State tailgaters in the parking lots around Lane Avenue on Ohio Stadium's south side seem to be some of the loudest and most aggressive.

They also spend a lot of money at the OSU Buckeye related merchants on Lane Avenue. On game days, Lane Avenue is loud and crowded. Many people enjoy the atmosphere, even if they do not have tickets for the game. Nearby taverns and restaurants furnish big screen TV's for game coverage.

The 2013 rivalry game in Ann Arbor was more aggressive than most, with three players starting a fist fight on the field and one player making two obscene finger gestures to the spectators, who did not pay large ticket fees to be treated in that manner.

In the Second Quarter, playrs began fighting during a kick off, when Michigan players surrounded OSU's Dontre Wilson and ripped his helmet off. Many started punchig but three players were thrown out of the game and told to leave the stadium:

Hall gave the Michigan spectatros two middle finger gestures as he walked off the field. Later, he tweeted an apology that someone else wrote for him so that he could avoid suspension frolm the team, as follows:

I would like to apologize to The Ohio State University, The University of Michigan, my teammates, my family, the fans and the TV viewing audience for my behavior during yesterday's game. Wearing the scarlet and grey uniform is a privlege and an honor. I let my emotions get the best of me and didn't conduct myself properly in the heat of the moment. My actions do not reflect who I am as a person and teammate. I love The Ohio State University and appreciate everything it has done for me. From the bottom of my heart, I am truly sorry and hope everyone can accept my sincere apology.

A blossoming argument immediately filled online bulletin boards and discussion groups, fans from both sides belittling one another, while others called for them and the players on both teams to grow up.

Some called the Coach Urban Meyer Buckeyes."thugs." OSU has had several scandals recently and these fed into the thug perception.

I don't think Ohio State players are thugs, but the team, some coaches, and University President have set up a poor precedent and example for them.

We have been hearing about arrests of OSU team members for at least a decade. This is not a confidence booster.

Former Coach Jim Tressel, who was glad to tell people he is Christian, apparently lied, attempted to hide players' NCAA violations in 2010, and lost his job - the team forfeited a year of wins. This lends the team no confidence-making in the eyes of the public. People become absorbed by the game of college football no matter what their faith (or no belief).

Former OSU President Gordon Gee was loved by students, but demonstrated a bent of aggressive bigotry from 2010 - 2012, and lost his job. He had made remarks against Catholics, the Polish, and several SEC schools, indicating he thought that their students and faculty cannot read or write ( "Listen to Ohio State’s Gordon Gee’s controversial remarks in their entirety". Sports Illustrated; 05-31-2013).

Despite all this, one of the biggest examples of such behaviors at OSU comes from Coach Woody Hayes, who was wont to punch people on the sidelines. Some basketball coaches across the nation throw chairs. All these behaviors probably add to the excitement of American football and other sports, just as the antics of professional wrestlers excite their spectators.

Fans of football are still having a good time, despite the fistfights on the field. It is becoming more ice hockey, isn't it? Fighting is more acceptable there.