A Crash Course in Near Death Experiences

Last year, I was in three notable bicycle accidents. I bike LITERALLY everywhere (I don't even have a driver's license) so this fact is, sadly, not quite as crazy as it sounds. But that doesn't make crashing any less scary. When you ride a bike, you necessarily embrace your mortality and vulnerability in inescapable ways; when you crash on a bicycle, death is always near by.

Have you ever been in a bike accident?

(If so, tell us what happened in the comments)

My first accident, which happened sometime last November during my morning commute, really wasn't a big deal. But it could have been.

I was speeding confidently on the three mile route I took everyday to work, weaving around the snail paced traffic and smirking at the cars sitting in gridlock that I whizzed past. As I approached a stop light that I had to turn left at, I looked over both of my shoulders, checked my blind spots, signaled clearly where I was intending to go, and started the four lane journey to my left as soon as traffic was slow enough to navigate safely. Unfortunately for me, the car that slammed into my side wasn't so cautious.

As I moved from the bike lane to the right lane of still traffic, waved on by a kind man who stopped to let me in, I heard a sound that stops every cyclist in their tracks: the SCREEEECCCHHHHHH of brakes fastened to a two thousand pound death missile headed straight for you. The car made contact with the back of my bike, knocking me over and bashing my wheel out of true but not doing much more damage. I was riding a single speed steel tank of a bike that day, and my frame made it out fine. So did my body except for a few minor scrapes and bruises. Barely.

Looking at the paint scratches on my frame when I arrived to work, I almost threw up. The fender of the Pontiac which bent my spokes came less than three inches from bending my shin bone. If my leg had been in a different position, at a different place in my pedaling revolution, I may have lost everything from the knee down on my right side. Bone and flesh aren't as sturdy as steel, and that car was moving fast enough to change my life forever if not for a margin of a few inches. The driver apologized, and said she wasn't accustomed to seeing bikers in the right lane, telling me I should bike on the sidewalk next time.

Of course, not every crash is a car's fault. Some cyclists are downright crazy...

My second crash last year was my most painful to date, mostly due to my speed and a (diagnosed by me) clinically insane driver behind the wheel of a two ton Chevy Suburban.

I was riding fast in a wide and protected lane, enjoying the kind of nice flat straight away with no stop lights where personal records are set and I have to pay attention to stay below the speed limit. The car that hit me was driving like they were trying to set some speed records as well. One second I was pounding my pedals and feeling like I was flying, the next I was filled with panic, praying to a god I had never really prayed to before, and thinking that my time had come.

Have you ever hit a biker in your car?

(Tell us what happened in the comments!)

As I approached an intersection with a stop sign on the road to my left and a freeway on-ramp to my right, I noticed out of the corner of my eye a large white suburban coming up fast. They had a stop sign; but something about their pace and the look of their monstrous vehicle had me scared anyway, and I slowed my pace as I came into my protected intersection. Lucky I did; the driver of that suburban never took their foot off of the pedal.

Before I could blink or hit the brakes, that white car went from being on my left to being right in front of me. I slapped the side of their passenger window with my open palm as I collided with their vehicle at more than twenty miles an hour, hitting the cold metal of their car door with my face and torso like a bird against a window. If I had collided with them a foot closer to their front wheels, my bike and body would have been pulled under, and a "near death" experience would have ended a lot worse. But luck was on my side again, and somehow I escaped in one piece.

After bouncing off the passenger side of that white devil of a Suburban, I fell on to my back, the wind knocked out of me so completely that I thought for sure my lungs must have been punctured. Laying on my back in the middle of that freeway on-ramp, every inch of me ached, and I slowly did a mental inventory from the toes up, surprised to find that nothing seemed to be broken. I was bruised severely for weeks, with some bruised ribs and tendons that made any movement painful, but otherwise I made it out mostly the same.

I say mostly because my view of humanity was changed drastically following that crash. I slapped the passenger window of that car HARD; there is NO WAY they didn't know that I had been hit. Afterwards, I was lying in the freeway on-ramp on my back for a good three minutes without moving. For all that driver knew, I could have been lying on the road dead. But the car never stopped.

Losing a Bike is Losing a Friend.

My third crash last year hurt my wallet and pride more than anything else. It was mostly my fault, so of course I won't spend much time talking about it.

I was coming around a corner less than a quarter mile from my home, riding on a residential street that I cruise on dozens of times per week. I came to a stop sign with low visibility and din't wait long enough, whipping around the corner expecting to find the wide open bike lane that I always see around that corner. What I saw instead was a bus moving at 15 miles an hour with half of it's rear in my lane.

So I had to jump; landing on the gravel in the shoulder, I was scuffed and scratched and not much else. My bike, however, was laid to rest that day. The vintage Viscount steel I had been riding everywhere for a good while flew underneath the bus, and was totaled. Even in a minor crash like this one, death was close. The steel of my vintage frame was LITERALLY torn. Steel fibers, shredded. If I hadn't jumped, and if I had ended up under that bus, I'd be buried with that Viscount somewhere.

I get this question a lot, mostly from concerned friends and family who don't ride much themselves. After getting in three notable accidents in a year, all of which could have ended in death if luck wasn't on my side, why would a person be crazy enough to get back on the bike?

My friends who do ride often have a quick answer for this ubiquitous question: you'd be crazy to ever STOP biking. Cycling isn't just the "closest you can get to flying" as the late great cycling fanatic Robin Williams once said. Riding a bike is flight; a union between man an machine, resulting in total freedom and a fluid relationship with the world. Riding a bike is an irreplaceable experience, something you can't just "quite" once you get a taste for it. Riding a bike is about being connected with your surroundings, about a deeper and more lasting connection with everything you see; the vulnerability is what makes cycling such a visceral and enlightening experience, and no amount of danger is worth giving up the bike.

Maybe all of us bike nuts listened to this song one too many times growing up...

I am far from alone in this. One of my closest friends and the biggest bike nut I know has been in two major crashes in the past few years that make all of my road rash stories look like stubbed toes. But after multiple hospital visits, broken bones and lost teeth, severe tissue damage, and countless dollars burnt up in hospital and bike hardware fees, this particular nut keeps getting back on the bike. With very few exceptions, we all do.

Getting Back On The Bike Means Embracing Your Mortality

You can't ride a bicycle without living in the moment. Every motion, action, and reaction on your bike is crucial and exists within a hairline margin of error. In a car, you are physically separated from your environment by a death defying matrix of steel and glass and airbags and engineered destruction; on a bike, you are inherently destructible and inherently connected to the world around you. As a cyclist, you are a fragile and forced to live a fluid existence. And this is a good thing.

I would bet my bike that every one of these riders who is able keeps riding to this day. 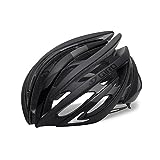 No matter how many crashes I end up in, I will get back on the bike for as long as I am able.

I'm not going to stop doing something I love just because it is dangerous. I will minimize the risks (BUY A HELMET) and do everything I can to be smart and safe, but I won't stop riding just because doing so puts me face to face with my mortality. I bike BECAUSE it makes me vulnerable; there is no better way to appreciate and understand your life than to live it fully, viscerally, in the present, connected to the world. And riding a bike does this for me.

I'll keep getting back on the bike because to do otherwise would to be to admit defeat. We could all live longer lives if we didn't eat chocolate, drink wine, or leave our houses, but what would be the point? I bike because it reminds me that danger is a part of life, and that removing vulnerability from our lives may mean more years but sure as hell means a lot less living. I'll keep getting back on the bike because I'd rather feel alive and close to death than safely dead while still alive. Just keep pedaling, and enjoy the ride.