Our intent is to post fishing information, reports, and other things of interest from area fishermen who have fished the Guadalupe River!

Our hopes are that others can use this information when planning a trip to the Guadalupe River!

Before you go.... - Checkout Texas Parks and Wildlife's Video

Before you go to the Guadalupe River, be sure to checkout Texas Parks and Wildlife's Video about Rainbow Trout Fishing!

The video contains a lot of good information. Of note are special regulations apply on the Guadalupe River - specifically (as of 2014-2015 Regulations):

Please note: Two sections of this river are subject to special harvest regulations on rainbow and brown trout. In these sections, all trout harvested must be caught on artificial lures, and the following bag and size limits are in effect:

Beginning 800 yards downstream from the Canyon Dam release gate and extending to the easternmost bridge on FM Road 306, there is a 12-to-18-inch slot limit. Trout 12 inches and under or 18 inches and longer may be retained. Daily bag limit is five trout, and only one can be 18 inches or longer.
From the easternmost bridge on FM 306 downstream to the second bridge crossing on River Road, there is an 18-inch minimum size limit, and a one trout daily bag.

Here is a link (Guadalupe River Trout Fishing) to directions and a map posted by Texas Parks and Wildlife that shows Rainbow Trout Stocking Locations and suggested access points to the river! Check it out when you get a chance.

The map on this page shows the popular fishing area on the Guadalupe River between the Canyon Lake dam and the City of New Braunfels. Many camps and resorts in this area offer river access to paying guests. Free public fishing access is provided at the following locations:

* Year-round: Guadalupe Park, operated by the US Army Corps of Engineers

* December 5, 2014 – March 5, 2015: Texas Parks and Wildlife Department has signed temporary lease agreements with Mountain Breeze Campground, Rio Raft and Resort, and Whitewater Sports. Anglers have free access to the river from 30 minutes before daylight until 30 minutes after dusk. They may use the properties for bank fishing and to launch non-motorized watercraft such as rafts, kayaks and canoes for the purpose of fishing. These leases were made possible with grant funding provided by the U.S. Department of Agriculture’s Voluntary Public Access and Habitat Incentive Program.

Do check out the first of a series articles about suggested areas to fish - "Guadalupe River by Camp Huaco Springs: Suggested Areas for Rainbow Trout Fishing".

It provides suggestions and tips when fishing Camp Huaco Springs.

Second article in the series for suggested areas to fish is "Guadalupe River by Rio Raft Company: Suggested Areas for Rainbow Trout Fishing". Also known as Rio Raft and Resort.

Last article in the series for suggested areas to fish is "Guadalupe River by Lazy L&L Campground: Rainbow Trout Fishing".

More suggestions and tips to help fishermen interested in Rainbow Trout Fishing on the Guadalupe River.

A day use fee is required to fish Lazy L&L and the area resides in Zone 2, so Special Regulations apply when Trout Fishing.

The Guadalupana fishing fly is a versatile pattern that originated on the Guadalupe River in Texas. It was developed by a local fisherman to target Rainbow Trout as well as Bass.

The Guadalupana is a large fishing fly tied with a size 10 streamer hook. It works on Rainbow Trout as well as Largemouth Bass, Smallmouth Bass, Sunfish, Bluegill, and Rio Grande Perch.

A variant of the fishing fly is the COAF Guadalupana Fishing Fly. It is similar to the original pattern except it uses a smaller streamer hook and a grizzly hackle instead of an olive hackle.

For more on tying the variant, check out the article, COAF Guadalupana Fishing Fly (at http://hbng84.hubpages.com/hub/Guadalupana-Fishing-Fly).

Anticipate small sized fishing flies in size 16 to 24 with emphasis on nymph patterns:

Also, do keep the following in your fly box as they will produce at times:

Moreover, when Trout are rising during a Caddis and/or Mayfly hatch, plan to use the following:

A variation of a productive fishing fly tied on a small jig called the Near Deere.

This one uses Olive Marabou for the tail and Brown Flash Chenille for the body.

It is a simple pattern that has been a consistent producer of Trout as well as other fish in our area!

Do keep this one in your fly box!

Overall, Power Bait has been the consistent producer of Trout as noted in a field study conducted by the COAF Field Team.

As a general rule, it is strongly suggested to keep a jar at the ready when fishing with bait on the Guadalupe River.

Other baits to bring as the Trout can be picky at times are:

In addition to having Power Bait in your tackle box, be sure to bring the following lures:

"View From a River"

A few videos posted on YouTube that show Rainbow Trout being caught on the Guadalupe River!

A lot of action with some nice Bruisers being caught and released!

Do check them out to get a feel for how to fish the Guadalupe River!

Great day, great temps, even slipped and fell into the river while wading.

But, was able to keep fishing until a limit was taken!

Fished the Guadalupe River at the Rio Raft access point. Really nice day, saw several Trout but only managed to catch one!

Went 16" in length, too small for the minimum limit but still had a great time catching him.

Fished the Guadalupe River at Lazy L&L Campground in hopes of a Rainbow Trout. Saw a couple of Trout feeding on (what looked like) midges. But, could not get them to take a fishing fly.

Moved downriver and started fishing the fast water by the steps. Tied on a Guadalupana (a bigger one than the one we used earlier) and started swinging it in the current.

Finally had a hook up; a Rainbow Trout that went about 14" in size. Released it as it did not meet the 18" minimum for that section of the river.

Long day in the cold rain fishing but still had a great time!

Here are suggested links to other websites about fishing the Guadalupe River! Our favorite to date is the first one listed below - Guadalupe River Trout Unlimted!

Below are links to the Power Bait products the Team uses when fishing for Rainbow Trout! 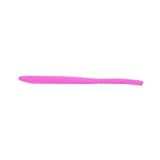