Hiking in the Coconino National Forest in Sedona

Welcome to beautiful Sedona Arizona! This is a hike we took in Oak Creek Canyon of the Coconino National Forest!

This was on the side of the road and right before we walked past the guard to get in. It cost $3 per person if you're walking in. It costs more if you park in the lot. I suggest parking alongside the road and just walking in. These looked like the rocks were painted. I love the red rock swirled in them.

As you can see, there wasn't much left of the structure aside from the fireplace. Lots of plants and grass were all around it and it was quite beautiful. This was before we started the trail.

I think this was a small storage area, or perhaps they were trying to mine something? It still was quite interesting. We found this further up ahead of our trail.

It was falling apart inside and aside from that and the many cobwebs, you could see chicken wire, a very old wooden coop and some other storage areas for small animals. It was interesting how the roof was built. Slabs of wood cut and measured in rows and then long wide flat pieces of wood going across the rows. Gives you a good idea how structures were built back then.

We walked across a bridge to begin our hike. There was a creek below us.

A little more closeup of the creek from above the bridge.

As we hiked deeper into Oak Creek Canyon, I took a picture of the side of the canyon. See greenery growing off the rock? The red rock with the green is so serene.

As you can see, we were surrounded by the huge canyon and trees. This is a bit more of an upward view.

We went off the trail a few times to cross the creek and hopped onto another trail. Lots of mutant sized mosquitoes and bugs were hovering above the creek. Bug spray is recommened as well as pants and a light long sleeved shirt. We however were lucky there was some wind, so the bugs didn't bother us at all.

As we continue our trail, I at times felt lost in this serene and calming atmosphere. I truly felt at peace and the air was so fresh and clean to breath in.

As you can see, we are now deep in the forest. There were some logs and old fallen trees. A few being a bridge across the creek.

This was just one of many other bugs we found. The mountain spiders were the scariest! Although I was unable to get a picture of one, partly being I was scared and the other being it ran under a rock too fast. The dragonflies seemed friendly enough though.

A pretty white flower I came across. I'm not sure what it's called though.

We found this off the edge of some rocks near the creek. Beautiful isn't it?

This was one of the few open areas where the sun was able to reach in. The canyon is so big and surrounds the forest, that it's hard for the sun to come in. The entire hike was mostly shaded. It was also the perfect weather for hiking.

I was sitting on a rock taking a water break. Don't forget to bring at least 2-3 liters of water along with some power bars and some beef jerky to keep your energy up!

This really gives you a feeling of what it was like deep in the forest. I took an upward shot of everything that surrounded us on all sides. What a breathtaking view it was.

As we stepped off the trail for a moment to check something out, we climbed up rocks and found this beautiful red rock. The holes had tons of spiderwebs in them. Many of the rock walls contained mass amounts of daddy long legs.

This is poison ivy. Take a good long look at it and remember what it looks like. You see the three leaves together like that, you stay away from it. There was poison ivy and poison oak everywhere. It's not only off the trail, but it's alongside the trail everywhere you go. There were times when we had to go on one side of the trail just to avoid the other side that was full of poison ivy. I would recommend not touching any plants. Be careful if you have children and dogs. Also, do not mix the clothes you wear on the hike with any other clothes just in case some poison ivy gets on your clothes. Put them in a plastic bag and wash them separately later.

This was about a 10 mile hike there and back altogether. We hopped from trail to trail as we went. If you're bringing your kids and/or dogs, I would suggest the easiest trail once you get up to the maps that show you. I suggest not touching any plants, as there is plenty of poison ivy and poison oak, both off the trail and right alongside it. Wear pants, long sleeved shirts, and a hat. Also bring plenty of water and snacks as mentioned earlier. Do not go alone, unless you are experienced. We went as a group of four, which is recommended in case someone gets injured. It is also recommended that you bring a compass, map, flashlight, pocket knife, and some extra food. Always come prepared while hiking in the mountains.

This was written by me, Sereniko, and all the photos were also taken by me. I hope you enjoy them and get a good feel of what it's like.

Check out these great deals from Amazon! 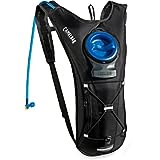