How to Be Confident Pitching an Important Baseball Game with Confidence

The game of baseball can be very challenging, both mentally and physically. Coaches can require their players to go through many afternoons and evenings of practice in an effort to refine their skills.

Practice is so critical because that is how a player can establish good muscle memory of what will be needed on the field and build confidence to make a play when the time comes. This muscle memory is important in pitching, hitting, fielding or base running. In addition to practice helping to “train” your body to perform on the field, your mind is being programmed to execute as well.

Valuable instincts are being imprinted into your mind so you can be prepared to respond in the heat of competition on the field. I can’t tell you how many times a player has not been ready for a play in a game because his mind wasn’t set to communicate to his body what to do.

This education is especially critical for pitchers because the action will not start until they toe the rubber and prepare to throw a pitch. Many people don’t know this but baseball is the only major sport where the defense starts with the ball when a team is trying to score. In every other sport the offense has the ball when they are vying to add a number to the scoreboard.

I’m not going to lie, having physical talent to play the game is pretty important; this is especially true as a player gets older and the competition gets tougher. For pitchers their velocity will continue to develop as they get stronger, but so will the power of the opposition’s hitters.

Unfortunately the mental side of the game isn’t as glamorous as the physical side so it doesn’t always get the recognition that it should but it is just as important when your team is competing for a victory.

To be a successful pitcher you have to be in command of the ball that you are throwing. You dictate the speed of the pitch, what kind of pitch it is and where you are targeting its final destination to be. It is a ton to remember plus you might have a couple of base runners to pay attention to.

Being in control of the game mentally is a huge piece for any confident pitcher to possess. Sometimes a pitcher won’t like a certain situation and they need to be able to step off of the rubber and reset the whole scenario, if you aren’t very confident in yourself you might not do this.

Since the game is built around the pitcher throwing the ball before anything happens, they need to be mentally ready.

Anybody who has played baseball knows a few baseball drills that a coach, or two, has made them do. You field ground balls, catch fly balls in the outfield or work on rounding bases; all players have had to endure these mundane drills. For a pitcher these are important things to know but they have a few other ones that are a bit more valuable to learn.

Pitchers need to attempt to keep control on the game whether it is going good or bad for his team. Composure and confidence are almost as critical to a pitcher as breathing (I know, I’m exaggerating a bit on this comment) because a pitcher who has lost control of the game, and doesn’t think he can make the pitches needed, is probably ready to be pulled for a new pitcher.

A pitchers’ primary goal is to get the batter out but they do get on base, which is where the mental game goes up a notch for a pitcher. Now, in addition to trying to get the hitter out, there is a guy on base who might try to steal…or maybe not. Even if he isn’t a base stealing threat you don’t want him to take a monster lead off of first base so you have to pay attention to him.

To practice these real game situations you should do them in practice, any good coach will. Having teammates simulate an opponent’s base runners will help you juggle what you are going to go through in a real game. The goal is to expose a pitcher to as much as possible so they will have the confidence to deliver in a competitive game. This exposure will also teach a pitcher how to handle what is going on around him. 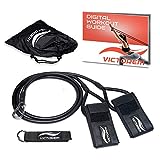 First things first, there is not a 100% fool proof way to pitch in baseball. Many coaches and instructors will try to tell you that their way is the best or even the only way to effectively throw a baseball, no disrespect to these guys but it is simply not true.

Any fan of the game can remember a pitcher who succeeded at the Major League level with less than traditional mechanics. On the other hand we can also name plenty of pitchers who had “perfect” mechanics who never had a full career because of debilitating shoulder or elbow injuries.

I have always tried to stay on course with a few tips for a pitcher to use their legs more than their arms to generate power and to maintain balance when getting ready to throw. Another little tip that pitchers don’t always remember is to stay on top of the ball when they throw a pitch. Sometimes, especially when fatigue starts to set in, a pitcher’s hand will get a little bit under the ball and his command will suffer because of it.

Believe it or not a large portion of a pitcher’s power doesn’t come from his arm but from his lower body, especially the core area as well as the legs. To help build strength and endurance a pitcher should have a strong foundation and that includes many different leg exercises. Without fit legs a pitcher will rely too much on their arm and the risk of injury increases.

We have a freshman on my son’s high school team who isn’t very big and his arm is already giving him problems that will force him to get it checked out by his doctor before we allow him to participate in practices again. On the second day of practice this season he tried to make a long throw in from the outfield and felt a sharp pain in his shoulder. Since then he hasn’t been able to throw and lifting things has become difficult.

He isn’t a pitcher but he asked a bit too much from his arm and it is now a lingering injury. We initially had slated some time for him at second base but we fear his season might be over before it got started if the news from the doctor isn’t good.

This freshman’s story can very easily be transferred to any aspiring pitcher out there if they don’t prepare their bodies for the stress that it will endure when pitching. Utilizing the appropriate drills, exercises and conditioning will help put their bodies in a much better spot to tolerate a season of pitching.

Baseball workouts can be catered to whatever position you play. Infielders routinely practice fielding ground balls while outfielders catch a ton of fly balls, probably more than they want to admit. For pitchers they too have a substantial list of things to work on to prepare for a season. Pitchers undoubtedly have more than other players to cover; this might explain why pitchers and catchers report to spring training before anyone else.

As I mentioned earlier properly conditioning a pitcher’s legs are very important but that is just a start.

Working out a pitcher’s arm is critical as well. Pitchers need to build up arm strength so they won’t become too tired when pitching, a fatigued pitcher can lose his mechanics and cause unnecessary stress on his elbow and shoulder.

A great and simple way to build arm strength is to use a long toss program. Basically long toss will help stretch out an arm a little bit while not overly stressing it as well, as long as the players don’t try to throw as far as they can on the first throw. When doing long toss you actually want to have an arch on your throws, exactly the opposite of what you coaches teach their outfielders about throwing the ball into the infield. After a few long, high and arching throws then the players come a bit closer and they try to throw the ball more on a line with more velocity.

My son and I have done long tossing for a few years now and the arm strength that he has developed is pretty impressive, I am only a little bit ashamed to admit that he can throw farther than I can now. His stronger arm has carried over to his pitching and comes in handy when he is playing other positions too. Usually he plays third base and that throw to first can be long but his arm helps get the ball across the infield quickly.

Many communities have retired players that specialize in coaching upcoming players, pitching and hitting are usually the most common.

Since pitching and hitting are so precise one thing out of sorts can negatively affect how you perform, this is why these former players offer their services…for a fee of course.

If your aspiring pitcher is struggling, and not improving the way that they want to, hiring a pitching coach for a few lessons might not be a bad investment. Players can get so frustrated when they aren’t developing the way they want to. Some players will get more motivated to practice harder but some players might just quit all together.

If your pitcher is contemplating quitting getting some lessons might put them back on track and re-energize them to the game. Worst case scenario the lessons confirm that pitching in baseball isn’t going to be something that they are going to be able to do with any confidence or success.