How to Operate a High Performance Powerboat 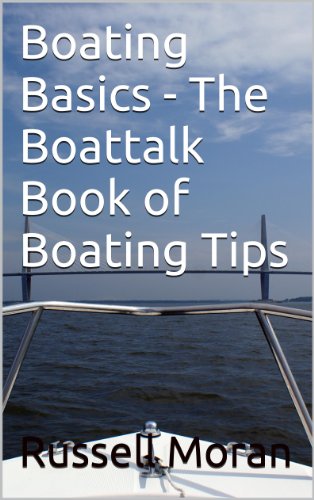 There is a difference between operating a high performance powerboat and one of lesser muscle. The basics, of course, are the same. There is a bow, a stern, an engine and a helm. Forward throttle moves you forward, reverse backwards.When docking there is little difference between a high performance powerboat and a regular boat.

Power boats with high tech souped up engines are also known as speed boats, for an obvious reason: they can go very fast. They also use an enormous amount of fuel. You operate speed boats in close quarters just like other power boats, but once on the open water the difference can be as dramatic as the distinctions between power boats and sail boats.

Getting Up on Plane

High Performance power boats all have planning hulls that enable the craft to skim or plane along the surface of the water. This is a characteristic of many non high performance powerboats as well. A displacement hull powerboat,on the other hand, has a lot of hull below the waterline. Displacement means that the vessel displaces the water. If you put two similarly sized powerboats in two neighboring tanks, the water level of the tank with the displacement hull boat will be much higher than the tank with the planning hull boat, even if the boat is not planning but just sitting there.

The phrase "getting up on plane" is used by power boaters to describe the act of going from a slow throttle to a speed that lifts the boat up onto plane. Most planning hull boaters do not like the sensation of being off-plane because of the feeling of sluggishness. People susceptible to seasickness often feel it coming on when a planning hull boat is moving slowly.

The excitement starts when the boat starts to plane. Because the hull is not pushing water out of the way but rather is skimming along the top of it, the feeling can be truly exhilarating. To get the boat up on plane it is best to get there quickly by pushing the throttle far forward with a steady motion. Once the boat is on plane bring the throttle back—unless of course you objective is to speed.

Because of the enormous power and speed capability of high performance power boats it is critical to assess the sea conditions before throttling forward to high speed. A boat approaching 100 mph can become easily airborne if it hits a wave. What happens to the people on the boat when it comes back down to the water can be a serious danger.

Debris on the Water

When a speeding vessel hits an object just below the surface of the water a tragedy can occur. Fortunately, because of the shape of planning hulls, striking an object seldom means a disaster because the boat will skim over the object just as it does the water. However, the engine, propeller and rudder can be in for trouble.

The Cigarette Boat is a maritime marvel. On a warm evening you can hear it's engines even if you're a mile inland. If the Chevrolet Camaro is the essence of muscle cars, the Cigarette Boat is the big enchilada of boats. Look at the video below and feel the power.

A high performance power boat can be a joy. Like anything powerful on the water, common sense and good old fashioned seamanship can make it a pleasure.

Powerboat Handling Illustrated: How to Make Your Boat Do Exactly What You Want It to Do
Buy Now