I Googled My Uncle Ross

It's been a ver rainy, dreary, reflective weekend. I was jotting down the most memorable experiences I had during my childhood. One of the saddest was meeting my father's family. (NO, this isn't another sad love song) I was about four years old. The long ride to Indiana at Christmas time was confusing, where were we going and Why.

We were traveling To Anderson, Indiana to visit the "other side" for the first time. Mama had three boys when she met my father and then there was me and my sister. We were crammed in a station wagon like the Brady Bunch taking turns sleeping. It wasn't long before I was ready to come home, I would rather be in the car.

I can't seem to remember much about the actual visit,  the chimes up the winding stairs that looked like it belonged in a church. I do remember my Uncle Ross, he was quite a show off, but good.  Very good, I just didn't realize how good.  He loved Karate.

I haven't seen my dad since I was 8 and we never stayed in touch with the family. They just pretented we didn't exist. "I told you not to ever date a women below the Mason Dixon line, boy".

So I decided today to Google my Uncle Ross. I had heard though the years we was an accomplished boxer, as well as martial arts and Karate. It wasn't until I googled him until I realized how good. My Uncle Ross on utube! lol.

This is my father's brother.  I don't know him personally, but it's wierd how we both love boxing.   He can box but I like to watch! 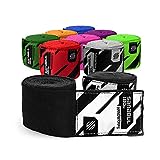