Who is your favourite Indian cricketer ?

The encounter of two legends in Cricket History

Cricket was the game of Whitemen. The Englishmen started this day long matches to warm up their body during winter season. They introduced a match of four days called test match which later extended to five days. As it became time consuming another form called One day international of a single day duration with limited overs was introduced. Recently , to attract more people to the game a tiny form called T-20 ( 20 overs match) was also introduced.

But when the world championship in one day international cricket started in 1975 for first time, the blackmen of West Indies defeated the whitemen squad from Australia. After four years in the next edition in 1979 in the soil of Englishmen at Lords West Indies defeated England to retain the cup. Again after four years in 1983 , the same west Indies was at one end while in the other end it was not whitemen , but India. In this final 'The Devils of Kapil' (that was the name given to Indian team after that final match) India beat West Indies to become the world cricket champions for first time in its history.

The day of crowning of the new world champions in world cup Cricket had arrived. The 1983 champions India is meeting the 1996 champions Srilanka in the final of ICC World Cup 2011. When both these teams are meeting in the finals really it is an encounter of two legends in the present world cricket.They are none other than the batting legend in the cricket history Mr.Sachin Tendulkar from India and the bowling legend in the cricket history Mr.Muttiah Muralitharan from Srilanka. As both were playing for their nations in last four world championships this ICC World Cup final at Wamghade stadium in Mumbai is the farewell to both these legends from world cup cricket.

When any one talk about cricket , it will not be complete if Sachin's name is not mentioned.So much is the record that Sachin Tendulkar had set in the world cricket. He had scored 18093 runs in one day international (ODIs) cricket. He is the batsman with the most number of runs in ODIs. Sachin is the cricketer who had played maximum number of ODIs in the world. Sachin had played 452 one day internationals (ODIs) so far. He is the highest run scorer in the world cup cricket. This ICC world Cup is Sachin's sixth world cup. Sachin had appeared for India in ICC world cups in the years 1992, 1996. 1999, 2003 and 2007. He had scored 2260 runs in world cup cricket matches so far.

Eventhough India had won many cups in the cricket world , the one and only one cup that Sachin Tendulkar had not able to kiss is the ICC World Cup. So Sachin's dream is to retire from the world cup cricket after becoming the champions in ICC World Cup 2011. He had one more aim in this final in his home ground at Wangade. So far Sachin had scored a total of 99 centuries in tests and one day internationals (ODIs). So a century in home ground will bring the ICC World Cup into his showcase as well as the century in centuries which is the dream of every cricketer. So the whole world is eagerly looking to ICC World Cup 2011 final.

Who is the real legend in World Cricket ?

On the opposite side there is the bowling legend in the world cricket Muttiah Muralitharan to bowl out the batting legend Sachin Tendulkar. Muralitharan had 1347 wickets so far in tests and one day internationals (ODIs). He had already kissed the ICC World Cup when his team Srilanka won it in 1996 at Lahore in Pakistan by beating former champions Australia. It was Sri Lanka's maiden triumph in ICC world cup history. When Srilanka was runner up in the 2007 ICC World Cup championship Muralitharan was there in their squad. But they have to bow before the previous both edition's champions Australia at this time. This ICC World Cup is his fifth world cup. He played in the ICC world cups held in 1996, 1999, 2003 and 2007. Muralitharan had played 349 one day internationals (ODIs) so far and had bagged 534 wickets. In world cup cricket matches he had bagged 67 wickets so far. The only man before him in this record is Australian seamer Glenn McGrath who had bagged 71 world cup wickets. In 2007 world cup championship Muralitharan took 23 wickets to become the second highest wicket taker in the championship.

So the final match of ICC World Cup 2011 is the batle between bat and ball, more precisely between Sachin Tendulkar and Muttiah Muralitharan. Whos will be the last smile ? That is the cricket fans waiting for. 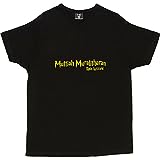