Jeremy Lin Brings Back Asian Interest Of The NBA

Many Asians have always taken interest in watching the American National Basketball Association. There are thousands of fans in almost all countries of Asia who keep glued to their television sets watching a live or delayed telecast of an NBA game. I, for one, started to watch the NBA during the days when Michael Jordan ruled basketball. We, Asians, specially rejoiced when Yao Ming was drafted in the NBA. He made waves with his kind of play and we, Asians, owned him as ours even though he is a Chinese. His exploits in basketball were eagerly followed by most of us. So, when he retired in July, 2011 due to a series of foot and leg injuries, Asian interest somewhat waned.

But then, here comes an unexpected Asian surprise in the person of Jeremy Lin. He suddenly exploded and crept to the awareness of basketball fans around the world. He was virtually unknown when he had his debut as a starting player for the New York Knicks during their game against the Utah Jazz. He scored 28 pointed and 8 assists in that game. Suddenly, everyone was asking who this Asian-American kid is. The so- called “Linsanity” started when he followed up his performance with 23 points and 10 assists against the Washington Wizards, his second NBA game of the season where he is a starter. However, many eyebrows were still raised and a cloud of skepticism over Lin’s ability was still hanging in the air. He proved to be not just an overnight sensation when he outscored Kobe Bryant in his third starter game, 38-34. All hell broke loose. He went on to show his basketball skill when he scored 20 points in the next game against Minnesota. A new Asian star is on the rise. And then, Lin delivered again by shooting a three pointer in the last second of the game against the Toronto Raptors. Trailing behind by 3 points, he hit a 3-pointer which tied the game at 87-87 with few seconds left. Then he delivered that sensational three-pointer again sealing a New York Knicks' victory.

Jeremy Lin’s full name is Jeremy Shu-Hon Lin. He was born on August 23, 1988. His parents are Sie-Ming and Shirley who came from Taiwan to the US in the 70’s. He studied and played at Palo Alto High School where he led his school to the 2006 California Division II championship games. Despite his talent, many high school coaches did not take him seriously. He was perceived as just an average guard. But he is quite smart garnering a 4.2 grade point average in high school.

In college, Stanford took an interest in Lin but he eventually ended up in Harvard. The lanky Asian-American helped create the foundation for the Harvard basketball team to rise at the top of the Ivy League standings.

After Jeremy Lin graduated from Harvard in 2010, the Asian-American was undrafted. Recruiters were not so impressed with him. His 6’1” height and 170 lbs. frame can’t carry him through fighting against bigger opponents in the court. They were also held back by his being on Asian-American. Remember that almost all the players in the NBA are of the American and European descent. By the way, another Asian who is also prominent in today’s NBA in the person of Eric Spoelstra, a half-Filipino and half-American, who is the head coach the Miami Heat. Other than the 2 of them, we cannot claim other distinguished Asian in the NBA.

In July 2010, Jeremy Lin was signed up by the Golden State Warriors where he played very sparingly. He was eventually cut in order for the Warriors to sign DeAndre Jordan. The Houston Rockets took him in but was also waived on Christmas Eve in order to free the salary cap and sign center Samuel Dalembert. Talk about misfortune on Christmas!

Luckily, the New York Knicks claimed Jeremy Lin 3 days after he was cut by the Houston Rockets. However, he was just a 15th man on the end of the Knicks’ bench. He was even asked to play in the D-League. He was recalled on January 23, 2011 after his impressive play there.

He was about to experience his 3rd cut of the year when the Knicks thought of releasing him before his contract is guaranteed. They were planning to sign up another player and the salary cap just wouldn’t allow it if they don’t release another player. Luck must he on Lin’s side when he was tapped by the Knicks’ coach, Mike D’ Antoni to play. He responded with 25 points and 7 assists against the New Jersey Nets game. D’ Antoni give him a chance to be a starting player after all the Knicks guards were saddled by injuries. The Asian- American suddenly and unexpectedly made the world sit back and take notice of him. He brought wins for the struggling team, of course with the help of his team-mates. But people credited their wins more on Jeremy Lin’s heroics.

In his college playing days, Jeremy Lin has had a strong Asian-American following. It continued even during the time he was struggling to find a mother team. Now, because of his unbelievable exploits in the court, Asian-Americans are clobbering the tickets, whether the Knicks are playing at home or on the road. He is also growing a huge fan base in every corner of the world- Asians, Americans, Latin- Americans and others. In fact, many credit his popularity for bringing renewed interest of the NBA not only among Asians but also among other fans of different nationalities. For us, Asians, he has filled the void left by Yao Ming. Now, thousands if not millions of people from Asian countries are awaiting his next games. Television networks have expressed interest in broadcasting every Knicks’ game.

Jeremy Lin is a devout Christian. He is now being compared with Tim Tebow not only for rising from the unknown but also for his strong faith. When his NBA future was still uncertain, he claims that he always turn to God. Today, he credits his achievements to his faith in God and never fails to mention it to everyone. His belief in God is deeply-rooted so much so that during his high school days, he taught bible to kids.

Surely, with his popularity, girls are interested to know if he has a girlfriend. He had one during his Harvard days. It is claimed that she is also a devout Christian like him but they have since broken up. Reports confirm that he has no girlfriend at present.

As with other events, no one can predict if his level of plays will continue or if his popularity will go on. But one thing is certain; Asians will always continue to look up to him. It is because of him why our waning interest of the NBA is resurrected.

- - He graduated with a degree of Economics.

- - He has a history of being passed over by coaches.

- - He is the first American of Chinese-Taiwanese origin to play in the NBA.

- - He slept in his brother Joshua’s couch early in his days at New York Knicks.

-- After his brilliant performance on Feb. 4, 2012 against the Nets, Knicks officials were still not convinced of Lin's skill. They were planning to sign up another player and waive Lin before the Feb. 7 deadline of guaranteeing contracts.However, Jeremy Lin delivered another of his Linsanity which made the Knicks keep him for good.

This table tracks the performance of Asian-American Jeremy Lin in the NBA after his 6th game as a starter. 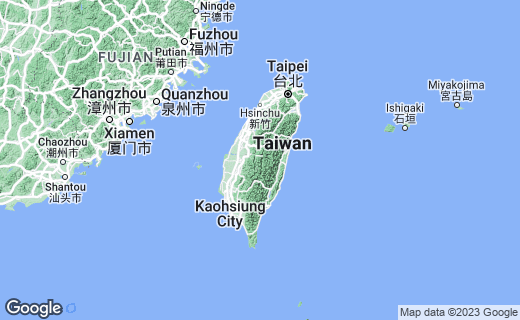