This is a look at the 2009-2010 Kansas Jayhawks basketball team. It was a great season for the Hawks, who recorded a stellar 33-3 record. Despite sitting atop the basketball world for most of the winter, KU fell in the NCAA Tournament to Northern Iowa, ending the careers of Sherron Collins, Cole Aldrich, Xavier Henry and C.J. Henry. This is a look at that team and its players.

I eagerly look forward to the upcoming college basketball season. My beloved Kansas Jayhawks should be selected the number one team in the country in the college polls, and with good reason: this could be the deepest team in the history of college basketball. Let’s break down the roster and take a look at Bill Self’s squad.

Center: Cole Aldrich. The junior might be the best pure center to play for KU since Wilt Chamberlain ruled Allen Field House over fifty years ago. (When I say pure center, I am excluding such stellar players as Danny Manning, Dave Robisch and Raef LaFrenz, all whom I consider power forwards.) Aldrich might be the best big man in the country this year, and with more help from his teammates, he will be less apt to wear down. A rebounding and shot-blocking machine with a soft touch, Aldrich will be a nightmare for other players to match up against.

Power forward: Marcus Morris. A year’s experience and another summer in the weight room should help Marcus Morris inch closer to his potential. Morris started 22 games and split time with his twin brother, but sometimes seemed physically outmatched by older and savvier players. That should no longer be an issue, and with more strength and experience he will cut down on fouls and display his considerable abilities.

Small forward: Xavier Henry. Younger son of former Jayhawk Carl Henry, Xavier brings strength, speed and skill to the wing position. The 8th ranked player in this year’s high school class, Henry is expected to start immediately and add a physical presence to the small forward spot. He is quick and powerful, with a good shot and strong drives to the basket. Like Darrell Arthur several years ago, Henry’s addition to an already loaded team could mean the difference between being a good team and a great one.

Point guard: Sherron Collins. Sherron Collins could challenge for the distinction of best point guard to play at Kansas since Darnell Valentine arrived in 1978. Collins is the only guard to match Valentine’s strength, quickness and athleticism, and is also an outstanding shooter. For Collins to achieve his goals, he must keep both his weight and emotions in check. He faltered in 2009 when trying to do too much—usually when he didn’t trust his teammates. Despite the occasional lack of judgment, he proved he could lead a team and displayed a complete game. With more talent and experience joining him in the lineup, his assist to turnover ratio should improve and he’ll be given more rest.

Shooting guard: Tyshawn Taylor. After leading Team USA to the FIBA Under-19 world championship this summer, Taylor looks to bring a newfound confidence to the court as a sophomore. Taylor’s athleticism rivals that of former Jayhawk Mario Chalmers, but he lacked Chalmers’ confidence and struggled at times to fit into the role of third scorer and secondary ball handler. That should not be a problem this year, and Taylor looks ready to come into his own.

The second team could start as a unit for 90 percent of the Division One teams in the country and compete for a Top 25 ranking. The players include:

Center: Jeff Withey. The 7-foot transfer from Arizona was the eighth rated center coming out of high school and a top 40 recruit. His reputation is as a defensive player and shot blocker, but he is said to possess a nice shot. He will improve by playing against Aldrich in practice, and should offer solid minutes as a backup center. Aldrich has praised the player for his ability, and it will be exciting to watch him take the court when he becomes eligible second semester.

Power forward: Markieff Morris. The other Morris twin demonstrated a complete game in 15 minutes per outing as a freshman, with seven starts. Markieff can score, rebound, block shots, pass, and defend. He tended to be foul-prone like his brother, but also like Marcus, a year’s experience and more time in the weight room will help. Increased strength should allow Morris to demonstrate his considerable skills.

Small forward: Brady Morningstar. One of the Jayhawks’ best shooters and defenders a year ago, Morningstar is expected to yield his starting spot to Xavier Henry. It might not happen as quickly as expected, however; Morningstar can play. Undersized at small forward, Brady showed grit and determination as he became the Hawks’ defensive stopper. He was also the team’s most consistent outside shooter, hitting over 40% of his three-point attempts. Morningstar seemed to wear down throughout the course of the season (he frequently led the team in minutes played), but as a reserve he should be fresher and capable of maintaining his statistics with fewer minutes.

Point guard: Elijah Johnson. Johnson was the 24th ranked player and 5th best point guard coming out of high school. He has great speed and athleticism and also possesses a solid outside shot. With Collins, Taylor, Reid and C.J. Henry on the roster, Johnson might see limited minutes on the court, but his resume is strong enough to guarantee him a long look before relegating him to a practice player. Johnson should be an outstanding replacement at point guard for Sherron Collins as a sophomore.

Shooting guard: C.J. Henry. Xavier’s older brother hasn’t played competitive basketball since 2005, but don’t count him out. He’s spent most of that time as a professional baseball player. A highly recruited high school player and gifted athlete with NBA potential, Henry should be able to compete for minutes at either guard position. He has size, strength, and quickness with a complete game. There might be some rust in the beginning, but that should be offset by the experience and maturity that will come from having already competed as a professional athlete.

The third team will surprise with their ability. While most teams can’t go deeper than seven or eight players, KU can throw out five more good players. Included in the mix are:

Forward: Thomas Robinson. A five-star prospect rated 31st best player overall and 7th best power forward coming out of the high school class of 2009, Robinson is considered an outstanding rebounder. If the Morris brothers aren’t prepared to play every night, Robinson could easily find himself with considerable court time. Noted for his strength and athleticism, Robinson has the ability to take rebounding pressure off Aldrich and establish himself as a solid defender.

Forward: Mario Little. Little came to Kansas in 2008 as the #1 player in Junior College ball. He played sparingly due to nagging injuries all season, but showed both determination and versatility in his limited time on the court. Little creates mismatches with a strong post game for his size and the ability to hit the outside shot, allowing him to post up smaller players and bring taller opponents outside. He challenged for a starting spot despite the injuries and showed the potential to be the Hawk’s 3rd scoring threat last season; he will compete with Xavier Henry and Brady Morningstar for minutes.

Guard: Tyrel Reed. Tyrel Reed was usually the first guard off the bench for the Jayhawks in the 2008/2009 season, and impacted numerous games with his clutch long-range shooting. Reliable as both a point guard and shooting guard, Reed’s presence on the court helped keep opponents from doubling Collins or Aldrich. The Kansas native will not threaten to break the starting lineup, but he will play important minutes off the bench. There are probably 250 Division One teams he could start on, but at Kansas he will bring intelligence, hustle and strong outside shooting to each game.

Guard: Travis Releford. Releford was sometimes compared with former Jayhawk Steve Woodberry in his limited minutes last season. A hustle player, he was tenacious on defense and strong going to the basket. He was usually inserted into the game when the Hawks needed a spark, and contributed to the team with strong defense and mistake-free offense. Has the height to fill in at small forward when the Hawks run a three-guard attack.

Guard: Conner Teahan. A fan favorite as a freshman who hit 60% of his three-point shots in 2008, Teahan is a rare walk-on that can actually compete for minutes and he can be relied on to supply offense whenever he is in the game. Teahan played sparingly as a sophomore but has the athleticism to contribute when needed. He provides one of the strongest outside shots on the team, and can get on a roll and fill the nets. At 6-5, he has the height to play in a three-guard lineup.

KU’s returning players: Every returning player except Teahan contributed meaningful minutes in the 2009 season, and another year on Mt.Oread will only improve their skills, experience, and maturity. Collins and Aldrich are legitimate Player-of-the-Year candidates, while Taylor and the Morris twins could have breakout seasons that make them stars.

KU’s five newcomers: Jeff Withey, Thomas Robinson, Xavier Henry, Elijah Johnson, and C.J. Henry would be a formidable starting five in their own right. Their reputations match those of other recruiting classes of the decade such as the Rush-Wright-Chalmers class and the Gooden-Collison-Hinrich trio. All of those players toiled for teams that reached the Final Four. This year’s class joins a KU club that might have been ranked in the top ten if none of these five players arrived in Lawrence, Kansas. Has there EVER been a team this deep in college basketball?

My challenge to all who read these words: find a deeper college basketball team. Not necessarily a BETTER team—I will concede the greatness of teams past, but who had the deepest team from top to bottom? You tell me…..

Two years after this article was written, it is interesting to see what has become of the players featured in this article. Marcus Morris, Markieff Morris, Cole Aldrich and Xavier Henry all are playing for pay in the NBA. Thomas Robinson and Tyshawn Taylor recently signed their rookie contracts and will join the others. Jeff Withey is entering his senior season at Kansas as a potential lottery pick in the 2013 NBA draft. He shattered the KU single season record for blocked shots previously held by Aldrich and is perceived as one of the best big men in the country.

Six players from this team are in the NBA, while Withey and perhaps Elijah Johnson stand poised to join them soon. Even the 2008 NCAA Championship team didn't feature this much star power. The players were young and raw, but the talent and potential was there. If making the NBA is an indicator, then this was indeed the deepest Kansas University Men's Basketball team ever.

Read other hubs about the Kansas Jayhawks' Basketball Program

This is my Opinion 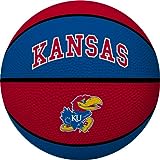