The next time we took Grasshopper out was...well, the day after her maiden voyage. The plan was to tow her behind my parents' Catalina across the waterway to the spoil islands, where we had more places to paddle.

Why tow and not just paddle her there?

1) The Intracoastal Waterway (ICW) can be very busy on a weekend and our paddling skills aren't strong enough to get out of the way should we need to, and...

2) It's a good reason to take out the Catalina, name Iemaya, though my parents don't really need a reason to go out on their boat.

Nick and I again launched at the beach at the marina, this time paddling around the peninsula where the historic Dunedin Boat Club is located to the Iemaya's slip. We managed to clamber aboard, backed out of the slip, and headed out, our intended destination: somewhere between Compact Island and the island just south of Compact.

A Kayak For You

History and Geography of Dunedin Area

This is the part where you get a history and geography lesson rolled into one. This part of the inner waters of Pinellas County is called Saint Joseph Sound. It's bordered to the east by the mainland, specifically Dunedin and Palm Harbor, and to the west by Clearwater Beach, Caladesi Island and Honeymoon Island. The ICW travels through the sound though it doesn't have a speed or wake limitation here like it does further south near Clearwater's Memorial Causeway. In fact, when the Super Boat Championships are in town in October, some of them really open up along this portion of the ICW.

The spoil islands are not natural, at least not entirely natural. They are comprised from the material dredged from the ICW during it's "construction". The islands now are treed and dry, many of them popular destinations for powerboaters and kayakers or for primitive camping. Of another interesting note, Clearwater Beach and Caladesi Island are actually one island these days. Though the Florida State Parks website for Caladesi says it's only accessible by boat or ferry, this isn't true. It's possible to, and I have, walk from north Clearwater Beach to Caladesi. The only indicator that you are in a state park are the signs telling you this. However, until 1921 Caladesi and Clearwater Beach WERE separate.

Up until 1921, Caladesi and Honeymoon Islands were actually one large island called Hog Island. The island was separated from Clearwater Beach (then called Tate's Island) by an inlet which led directly to the mainland near Dunedin, making this small town one of the busiest ports of the early days of west Florida. The hurricane of 1921 changed the landscape forever. As a Category 3 storm it was the most destructive of the 1921 hurricane season. It closed the inlet between Hog and Tate Islands and created a new one, splitting Hog Island in half. This inlet is now called Hurricane Pass.

The History of Florida
Buy Now

So we anchored the Iemaya and Nick and I headed for Compact Island in Grasshopper. Unaccustomed to paddling and sore from the previous day, it us awhile to get there, and once there I realized it was crowded with drinking adults. I nixed the idea of stopping on the island's sandy southern shoal and coaxed Nick to circumnavigate the island on the way to the one to the south.

I'll skip the twenty minutes of pleas, bargains, and bribes I endured here as we set off across "open" water. I call it open water because it was a bit rough with the west wind and wake from passing boats on the ICW. Let's just say we got wet!

And it was worth it. The island south of Compact is much the same as the one to the north but apparently somewhat "undiscovered". We hauled Grasshopper up on the sandy beach and set off exploring. Much to my surprise we found a campfire ring in the middle of a very grassy opening surrounded by trees. Someone has obviously camped here before and this place is now my #1 destination for primitive camping.

Back at Grasshopper we explored the shallows. I found a starfish, not my first but Nick's, and put it in his hands so he could feel the light tickling sensation of hundreds of little feet moving across the palm of his hand.

We had been joined on the island by a couple in a small powerboat. The mas was kind enough to bring us a huge - and I mean HUGE - conch they found near their anchor. Think big beautiful shell you find in a tourist trap. It was truly a spectacular conch.

On our second trip out I learned there are some wonderful things that often are overlooked in larger boats. I've sailed from before I could walk, lived and vacationed on sailboats, and much of what we saw today I've seen. Nick has seen it also, in movies, TV shows and places like the Clearwater Marine Aquarium, but seeing a conch or starfish in the touch tank isn't close to the same experience as finding one "in the wild". When we found that starfish, he asked if it was real, if it was alive, and why it was out there. I applaud the places that bring the outdoors to children because so many kids simply don't have the opportunity to see these things in their natural habitats, but absolutely nothing can replace the real thing. With Grasshopper I can can give that to Nick. Every paddle seems to bring us this kind of experience. God bless Grasshopper!

Bring the Outdoors to Your Kids 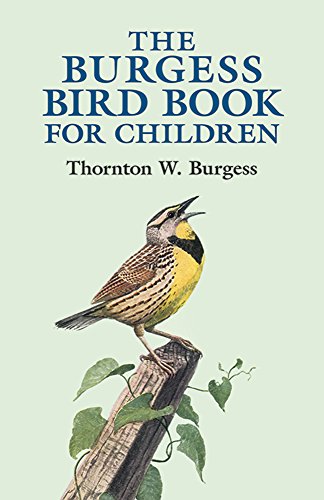