The Wisdom of Korean Martial Style

I have practiced and taught Ji Do Kwan(TM) style Taekwondo since 1982 and have come to include other styles of martial arts combined into that for some of my classes.

Together with faith, Jidokwan cured me of a stiff back, stiff knees, situation-induced high blood pressure, migraine headache, and extreme anger. Together with faith and action, it gave me a base from which to live more fully by my convictions. For, once you jump through a hoop of flame, break a brick and don't feel it, or practice outside in the winter in subzero temperatures successfully without becoming ill...daily life obstacles become smaller. More pointedly, once you balance becomes so good that a man kicks you and falls away, you have a different sort of truth apparent in your life.

The increased flexibility form the physical practice seeps through to the emotions and attitudes as well. This means greater strength, not lesser. it means less simuli irritate.

It is no wonder a martial artists that has gone up to practice daily on the mountain in all weather for six decades can be so serene.

Jidokwan means House of Wisdom or The Leading House and house can also be interpreted as school. Jidokwan is one of the few Korean martial arts never accepted into the Kidohae, the government martial arts recognition organization. There is a long history of politics and other matters attached to this circumstance. However, the oldest Korean alumni grandmasters of the school (founded the 1940s out of the House of Yudo [judo]) that disbanded in approximately 1965 still meet once a year for celebrations. Elsewhere in the world, other people fight over this "brand" of martial arts. No matter. Jidokwan is a style and a brand of Korean martial arts.

The most well-known Korean martial art in the late 20th century became Taekwondo or Tae Kwon Do or TKD. This renown occurred in the decade leading up to the sport/art inclusion int he 1988 Seoul Olympics as a demonstration event and than as a medal event in the ensuing years.

Classes have traditionally been large on the US West coast,and the Canadian th, both being closer to the Orient than the rest of the nation. There are many fine Taekwondo schools up and down the western coastline of North America. However, even within Taekwondo, there are differing styles, notable the Northern Korean International Jidokwan Federation Style and the Southern Korean Kuki-Taekwondo and the World Taekwondo Federation and KuKiWon temple/gym.

Some people insist that there were 12 original Houses (styles) of Taekwondo. Others say 8. Others say 6. A worldful of documents and testimonies attest to various Koreans marital arts, so I'm satisfied that there is a variety of styes that were gathered together as it is said in official records to become Taekwondo in the mid 1950s.

However, the name "Taekwondo" has become such a wide category as to defy description, especially in America. One TKD school's curriculum and movements do not resemble another in many cases.

I have seen some schools in the US that taught Isshinryu and called it Taekwondo. Some recreation or fitness center programs are named "karate" because more of the target population for lesson understand what that is. In other regions of the nation, large and small centers call the martial arts program "Taekwondo" because more people locally understand what that is, rather than karate.

There is a lot of bleed through among martial arts (MA) in many training halls these days, often because instructors break away from MA schools after little training to form their own schools and they usually hop from school to school and remember what they like best. In order to teach my stryle correctly, one should be a 4th - 5th dan (degree) black belt, certified in CPR and First Aid at the very least. This training, if correct, is equivalent to a PhD. I hold a 9th dan and can tell you that the training and testing were exfruciating and I passed it all and have been healthier in many ways becuase of it.

This, this oi the style and brand of martial art that I teach and practice, and will to the end of my life on earth. 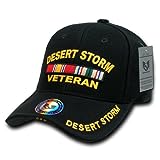 One answer to the TKD identity drama is to convert to MMA, Mixed Martial Arts. Unless an MA brand is Trademarked, it can be incorporated into any brand of martial arts. Martial arts are also not regulated in the USA and people open schools every day and have never had a single lesson. Kuk Sool Won was Trademarked in every single state in the union at great expense. It is the most legally protected Korean Martial Art in America, I believe.

SOME OTHER KOREAN STYLES

Martial arts started in different parts of the world simultaneously and began with hand to hand fighting and wresting for survival. The oldest written records of such exist in a pyramid in Egypt, as wall paintings, from over 6,.000 years ago. People of the North, northern Russia like Altai and Siberia, took their fighting styles with them all the way to South Korea. DNA and fighting styles match this, but do not match North Korea so well. The same DNA and fighting styles are evident in Native American Nations throughout Northern North America and some other parts of the hemisphere. Ther eis a DNA link to the Zulu in Congo, Africa.

I also practice Yudo (Judo), Hapkido, and a Korean brand of Jujutsu. Other styles include the following list below, although they are not all-inclusive as a list.

There are other Korean based styles, including some that have been made up of parts of still others. Mixed Martial Arts is becoming quite popular because of the mixing and remixing.

I name just a few styles here as a sample. Spellings differ across America. Wikipedia entries under Taekwondo contain several made-up arts instituted by people in the last 20th century. I was required to research all of this material in my training, which never ends.

Tae Kyon- I know some of this, taught ot name as port of Jidokwan history and technique. The head grandmaster of Tae Kyon in Korea is a National Living Treasure of the country, certified with an ID number and certificate and supported 100% by the government so that he may continue to develop and teach this more ancient of Korean styles.

Sun Bae - Ancient and in limited practice in this day and age. Sun Baemeans the equivalent to, approximately, The Best of the Best, coming from old contest rules centuries ago. The Sun Bae was the man left standing after fighting all other opponents of old. A new contest was held yearly and he continued to fight until he lost, year by year.

Korean Style Jujutsu- It has no other name when I was trained. Now it has several. All are Japanese influences, as was my training. One of our grandmasters had served in both Japan and China during WWII and benefited from both influences.

I will leave you to explore others at the links.