Every sport has rules and those rules are enforced by objective referees, umpires and judges. During every game and match, someone disagrees with a call made by these objective observers. Sometimes these arguments become legendary. The following is a short list of the best arguments in Sports History.

On July 24, 1983, The New York Yankees were playing the Kansas City Royals at Yankee Stadium. The Yankees were leading 4-3 in the ninth inning with the future Hall of Fame Reliever Goose Gossage on the mound. There was a runner on base with two outs and Royal Third Baseman George Brett at the plate. George Brett hit a home run out to right field and gave the Royals the lead.

However, Yankee manager Billy Martin had other ideas. Martin went up the Umpire, Tim McClelland, and argued that Brett's baseball bat had an illegal amount of Pine Tar on it. Pine Tar is used by players to get a good grip on the bat. McClelland measured the amount of pine tar on the bat and agreed that there was too much Pine Tar.

McClelland then turned towards the Royals dugout and signaled that George Brett was out and the home run was scratched from the books. Brett ran out of the dugout shouting and screaming at McClelland like a mad man. The other umpires had to hold him back.

Brett was of course kicked out of the game. Four days later the American League decided that the game should not be decided by such an obscure rule. The Yankees protested and even took the matter to Court, but eventually the home run was allowed and the game was finished on August 18. The Royals finally won the game 25 days after it began.

Fire In The Hole

On June 1, 2007, the Mississippi Braves were playing the Chattanooga Lookouts in a minor league baseball game. In the middle of the game, the Braves' pitcher was ejected from the game for using what the umpire believed was a foreign substance. Braves' manager, Phillip Wellman expressed his disagreement with the call.

Wellman used a different style of arguing style to make his point. After his pitcher was ejected, Wellman stormed the field shouting at the umpire. He then covered home plate with dirt, yanked third base out of the ground and tossed it off the field. Not done, Wellman then crawled, military style, over to the pitcher's mound where he began throwing a mock grenade, in this case a rosin bag, at the umpires hitting one in the foot. Wellman finally left the field blowing kisses to the crown and taking a bow.

Wellman served a short suspension for his tantrum but remained manager of the Braves.

Earl Weaver was the undisputed King of managerial run ins with Umpires.  Weaver was kicked out of more games than any other American League Manager.  The most famous of his run ins was when after being ejected from a game Weaver told the umpire he was going to check the rule book.  The umpire offered his copy of the rule book Weaver answered that the Umpire's rulebook was no good because Weaver "can't read Braille."

Lou Piniella has been a Manager in the major leagues for decades and is best known for his antics getting thrown out of games. During his time, Piniella has thrown bases all over the field, kicked his hat across the field and kicked dirt on numerous umpires.

Yet, Piniella is not just some crazed lunatic. Sometimes, there is a method to his madness. Piniella was hired as the Cubs manager before the 2007 season. The Cubs did not get off to a great start. On June 2, 2007, the Cubs were nine games under 500 and playing the Atlanta Braves. Angel Pagen was called out at third trying to advance on a wild pitch. Piniella came out to argue the call, threw down his cap, kicked dirt on the third base umpire, and kicked his cap around the field. The crowd cheered and chanted "Lou "Lou."

What is amazing is that Piniella after the game admitted the umpire got the call right. During that press conference, Piniella hinted that he got himself kicked out on purpose to fire up his team. The Cubs after this went on a roll and ended up winning the National League Central Division. 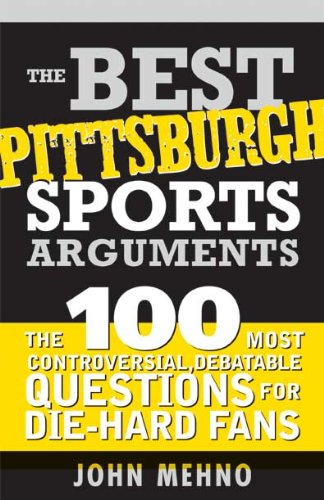