Duck Hunting with my Dad at the Salton Sea

When I was growing up in my pre-teen and teen age years. My Dad and I used to go hunting all the time. It was great because it gave us a chance to really form a bond. My favorite type of hunting was duck hunting. I grew up in Southern California and we used to go to the southern tip of the salton sea to hunt on a wildlife refuge in a place called Niland. 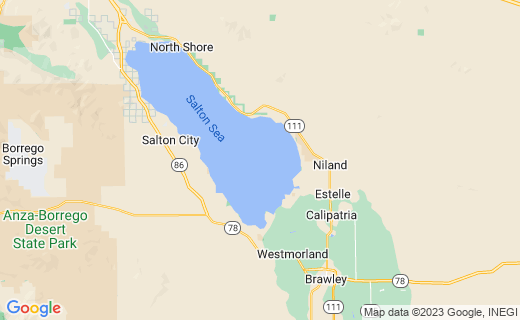 We would get up at 4 a.m. and meet a truck that would take the hunters out to the blinds and the dikes. We hauled our decoys in gunny sacks and set them up in the water between the dikes. While it was still dark, you could hear the thousands of geese in the fields cackling. At sunrise you could start shooting.

As the sun was rising, you could see the strings of geese coming over the dikes. We would start calling them with a goose call. I was fascinated at how intelligent and graceful the geese were. They would fly in beautiful vee formations. My Dad was an expert at calling them with his goose call. As he called, the geese would answer back. The sound sent chills up my spine. It was a primitive, haunting sound as he talked to the geese. Below is a picture of my Dad's goose call. It is now about 6o years old and it still works.

As the geese were approaching, they would send out one lone goose whose job was to look over the decoys, if it thought every thing was safe, it would go back to the vee formation and tell the other geese it was O.K. to land. As they approached we would hide our guns and crouch down so that they couldn't see us. If they liked what they saw and heard, they would set their wings and just at the right moment, we would get up and shoot. It was very exciting, fascinating, and cold. Here is a picture of my gun, hat, and license from when I was 15 years old. I have not looked at that gun in many years and it is still in good shape. It brings back many memories.

My Duck Hunting Hat From When I was 15

My Duck Hunting License from When I was 15

I was so enthralled by being with the wildlife and the outdoors, I took a correspondence course in taxidermy and mounted several ducks and geese while I was in high school. I wanted to have a career in wildlife management, but then I joined the Air Force and all of that changed.

Well, that was then and this in now. Many years have passed, but, I am still fascinated by wild waterfowl. We live near the Santa Ana River in Southern California. Almost every morning a string of geese fly directly over our house, trumpeting that same sound that I heard in my youth. They fly to a park that has a lake and stay there until evening when they fly back to the river.

One day, I went to the park early in the morning and waited for them to arrive. I was armed with my Dad's goose call and a video camera. I could hear them calling off in the distance, so I started calling them and they were talking back to me. I shot this video of them as they were approaching. I didn't realize it, but they landed right in front of me.

You can see why I am still fascinated by their gracefulness and intelligence. The fact that I have saved those items is a testament to those days. Thanks for watching this. I hope you have enjoyed my article as much as I have enjoyed creating it.