Nick Saban and The Crimson Tide

Shula Had To Go

The University of Alabama dismissed head coach Mike Shula, the announcement was made November 27, 2006.

Nick Saban would become Alabama's twenty-seventh head coach, this news was released on January 4, 2007. A new head coach with a winning attitude was much needed for the Crimson Tide. Nick Saban jumped in with both feet, showed everybody what he was all about and had the experience to back it up.

Under His Belt - Experience?

This is what he held under his belt as far as experience: In the NFL, head coach for the Miami Dolphins, the NCAA Universities include the Michigan State Spartans, the Toledo Rockets and the LSU Tigers. Not to mention that he was a Defensive Coordinator of the NFL team the Cleveland Browns or that he has also been assistant coach for many.

Nick Saban has been well honored with awards.

Nick Saban is the fifth coach to have a life size bronzed stature at Bryany-Denny Stadum. The unveiling was before the A-Day Game of 2011.

In 2008, Nick Saban appeared on the cover of Forbes Magazine, September issue as "The most powerful coach in sports."

Saban is the only college football coach to win three BCS Championships and the first coach since Tom Osborne who was head coach for the Nebraska Cornhuskers for twenty-five years (1973-1997) to win three National Championships.

He and Bear Bryant are the only two that won SEC Championships at two different schools.

Under the coaching of Nick Saban, Mark Ingram, the Crimson Tides' Running Back was the first Heisman Trophy winner for Alabama. Ingram #22, was the 75th recipient of the Heisman.

“We're really proud of what we're able to accomplish on a yearly basis for a lot of young people in the state of Alabama, as well as other places in the Southeast,” Saban said. “Nick's Kids is really not about me. It's really about extending the legacy of what my dad tried to do to help young people, which my mother always wanted me to try to continue.

“‘No man stands as tall as when he stoops to help a child', that's sort of what we built this on.”

Coutesy of The Tuscaloosa News

Mail your check to

Cast your vote for Nick Saban & The Crimson Tide 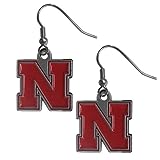