No Ride Day: the Magic Kingdom

Why a No Ride Day?

In most cases vacations to Walt Disney World are planed and booked months in advanced. Some families save for years to make sure they can give their kids this special rite of passage experience. Sometime life happens. I know I have been on the receiving end of unexpected emergency surgery. My mom has had the bad luck of a car accident a few weeks before a vacation. There are members of my family that can't ride some rides due to medical conditions, age, or height. So, if you are still finically able to go to Disney World and have the ability to get there safely do you cancel your trip because something unexpected happens? You don't have to. There is a lot to do at the parks beside the rides. Yes, I know the rides are really dun. And yes, I know that some of these ideas are iconic. But, just think of everything you can enjoy without having to wait in line for a different ride every two hours.

Maybe you are a Florida resident and are looking for a relaxing day filled with Disney magic. Maybe you just don't like theme park rides. Or perhaps you just don't feel like riding anything today. There is nothing wrong with of these reasons. You are not wasting your money by not riding rides. 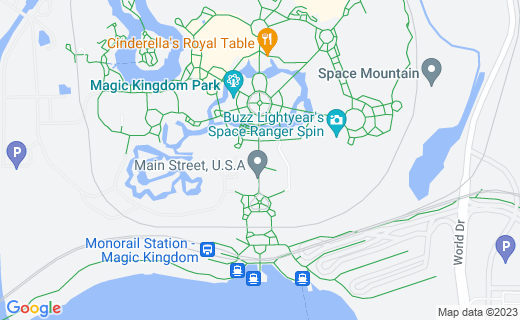 Do you know what one of my favorite no ride things is at the Magic Kingdom? Dole whip. That's right I said it. I would consider a trip down to Florida, that's a 12 hours drive for me, just for some dole whip. If you love ice cream and pineapple you need to try this. For those that are unsure if they will enjoy the epicness that this straight dole whip you can get it swirled with vanilla idea cream, it makes the flavor a little less intense. Or for those of you on the extreme end of the spectrum try the dole whip float. There is nothing better than grabbing a dole whip and watching the Enchanted Tiki Room. I'm not a huge fan of the Tiki Room but give me a dole whip and I'm a happy girl. It just makes the whole thing so much more magical.

Speaking of the shows you have got to head over to Tomorrowland and hit the laugh floor. This is a live comedy show. Guests actually are able to talk with the animated characters on the screen. The jokes are family friendly and clean and I can't remember the last time I laughed so hard. The timing is just unreal. There was one time we saw the show near park closing and we were exhausted. Well, my father was wearing a goofy hat, and he was selected to be 'that guy'. 'That guy' is pretty much the butt of every joke.

While we are on the topic of stage shows why not see the Country Bear Jamboree? I have personally never seen this show as the only reason I typically go to that part of the park is for Big Thunder Mountain Railroad. However, if I ever found myself at the Magic Kingdom on a rainy day I would totally give this show a shot. I have several friends that don't consider their day at the Magic Kingdom complete without watching this show.

My Dad's favorite show is the Hall of Presidents. It's kind of hard to believe that this show has been running since the 1970s. There is a lot of American history in this show. That and its air conditioned so it's a great way to get out of the hot Florida sunshine or that 3pm thunderstorm.

Have children that are too small for the rides? No problem! There are so many opportunities for character meet and greets. Nearly all of their favorite characters are sure to be there. You can even get a fastpass for your favorites, like the princesses and Mickey Mouse. Make a game out of it. How many characters can you see before the park closes?

Go on a scavenger hunt! Do you know how many hidden Mickey's there are in the Magic Kingdom? Well, you are going to have to find them yourself. Do you know where the stake that marks the middle of the park is? I do. Can you find all of the hidden details outside of the Haunted Mansion? The Disney imaginers put so much time and effort into making sure guests feel like they are in wherever place they have set the attraction. There is a creepy soundtrack outside the Haunted Mansion. The Liberty Square section looks like something out of a history book.

There is an entire island in the Magic Kingdom that is not too heavily visited. This area is themed after the novels by Mark Twain. There are a lot of walking trails, many are heavily shaded, a few caverns to explore, an abandoned fort, and a refreshment area. Though, the actual stand is hardly ever open, there are a few vending machines. There are two bathroom locations. Plenty of places to sit. I really loved the barrel bridge. It was so much fun walking across with the barrels sinking and rising.

I've been told this is one of the best places to find alligators at Disney. I've still yet to see one and I've been going nearly every year for 21 years. But, you can always try your luck and let me know if you see one.

What is your favorite part of the Disney parks?

I am a big fan of the Disney photopass system. If you buy the CD before you go its around $150 and you get ALL of the pictures that the photopass photographers take. I'm of the mindset of, if you are paying for it get the most out of it. Find as many photographers as you can. Ask them about the photoshopped props and characters. One of my favorite pictures is with the balloons. The photographer had my little brother jump into the air and had me hold onto him. It looks like he is being carried away. Though, the picture of us holding balloons in front of the castle is a close second.

There are photopass photographers all over the park. Literally. These people need something to do. Help them with their job security.

One of my Favorite Fireworks Videos, from the 4th of July Celebration

Other Things to Do