Northern Pike are one of North America’s most common freshwater fish. Fisherman have been pursuing this toothsome giant for many years. It’s reasonably large size and unpredictability makes it an extremely exciting fish to catch.

Pike prefer deep water with an abundance of food sources. They can usually be found at depths of 10’ or more. Pike prefer smaller fish and creatures such as frogs, crayfish, and small snakes. They will also eat mice, insects and grubs. The pike will often lay in wait and watch as a potential meal swims around in front of it but not move, until another fish in the area tries to attack. The pike will then quickly make its move and grab or chase down the meal it has been silently watching.

The female Northern Pike is usually larger than the male both in length and weight. Both can grow up to 28” long and over 15lbs to 20lbs. The pike is known for it’s sharp and defined teeth. Use extreme caution when handling this fish, as the teeth are sharp enough to cut you and cause a nasty infection. A pair of needle-nose pliers are recommended to avoid cuts to your fingers when removing hooks and lures form it’s mouth.

Pike breed early in the spring when water temperatures reach about 9 degrees Celsius or 48 degrees Fahrenheit. They nest in shallower water until late April when they slowly begin to move into deeper waters. The fishing season generally opens in early May and lasts for most of the year. Northern Pike are a common fish to catch while ice fishing.  Be sure to check your local regulations regarding open seasons for this and any other fish you may be after.

Northern Pike can be caught either by casting, jigging or trolling. Often when reeling in a caught pike, they will fight all the way in, then dive directly under your boat in an attempt to break the line or get away. This little technique of theirs can pull a rod from the fisherman’s hands, snap lightweight rods and line, or even pull an unprepared fisherman off-balance and into the water. Use caution when fishing from canoes for this reason. A net is very useful in landing this type of fish.

Common lures and bait include Mepp’s Spinners, moderate sized Red Devil or Five of Diamonds spoons and Williams Warblers are very popular. Pike are attracted to shiny objects. The deeper the lure will be running, the bigger it should be. Pike also will strike a minnow trailed behind a small spinner. They dislike seeing another fish going after something that could be their own and will often strike after a smaller fish starts to chase the bait. A steel leader of 9” to 12” in length is strongly recommended as the teeth will cut through most lines letting the pike escape before you have a chance to land it.

Pike have a unique y-bone along the spine. This bone can make it difficult to cut filets from the fish. There are a couple of different ways to cut the filets around the y-bone (which is a rib), including cutting the filet from top to bottom between the y-bones. This makes it easier to remove the bones either before or after cooking. When cleaned this way, try cooking each section on a small wooden brochette stick to add a nice smoky flavour to the piece of meat. Pike will often get a slight muddy taste to the meat during the summer as they rest in deeper water or near the lake bottom to stay cool. A marinade in BBQ sauce or soaking in lemon/lime juice before cooking will help to remove this taste. Cooking the pike with garlic, onion, and butter will also make for a flavourful meal.

Pike are one of North America’s oldest native fish. They can be caught on either basic fishing equipment or the most advanced trolling systems. They are widely spread across the continent and are exciting for anyone to catch. 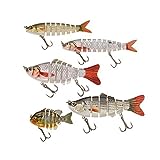