Oscar Pistorius - Nike Fastest Weapon In The World Without Legs

He is a South African athlete. When Pistorius was a baby he suffered an amputation of both legs due to a degenerative defect of his limbs.

Oscar Pistorius is an example to all of us because in spite of his "disability", he is achieving all the objectives (be the fastest men on the planet). Note that Pistorius runs against able-bodied athletes which increases the value of his success.

As expected many eyes are upon him, such as Nike, who have decided to sponsor the promising future of this young runner, of their "colleagues", who admire him, and his country, who see him as a true hero.

" I was born without bones below the knee.

But this is the body I have been given.

This is my weapon.

How I conquer. How I wage my war.

This is how I have broken the World Record 49 times.

How I become the fastest thing on no legs.

This is my weapon. 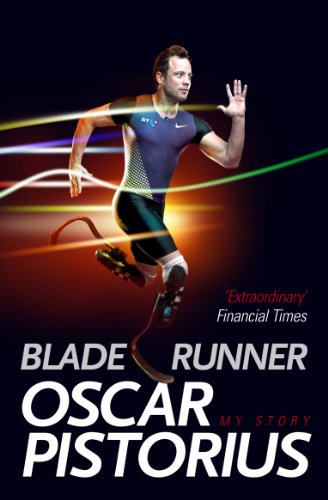 Blade Runner: My Story
A loser is not one who runs last in the race. It is the one who sits and watches, and has never tried to run
Buy Now

"They call me the fastest man with no legs, but I do not like"

After a fight against the International Federation of Athletics, Oscar Pistorius, without legs from the knees since he was 11 months old, won the right to compete against athletes and exceeded the normal boundaries of sport for the Olympic-World Athletics, in Daegu, which won a silver medal in the 4x400m relay (did not run the final) and where he was a semifinalist in the 400m.

With carbon fiber prosthetics called "Cheetah" developed especially for him by the company Ossur, from Iceland, Pistorius became known as "Blade Runner" by the aspect of the blades of his implants.