A treat for Madridistas everywhere

Sergio giving a speech. The little girl is his niece, Daniela!

Sergio Ramos is of course, a Madridista, and that is the reason I write this hub. He is a top defender for his club, Real Madrid, for his country, Spain, and yes even for the world of football. The number 4 player has been playing football ever since he was a kid and it is obvious that he has honed his skills to what they are today. (Although some may say he was born with it like the Maybelline adds) At this year's 2010 FIFA World Cup tournament, he proved himself to be a great asset to the Spanish team and showcased his skills to the entire world.

In case you hadn't realized, Ramos is one of my favorite players on Real Madrid because he is a hard worker and I like to see players all over the field working hard and trying their best. It makes for a better game because they often appear out of nowhere and score a great goal or stop a great goal from happening! Ramos is one of those players (I hear he is a player in more ways than one - eyebrows raise- ladies?) he is a team player and what a defender! He does some magic on that pitch I will admit it !

The 6ft player has many fans as much for his footballing skill as for his good looks. It would seem that he is well loved by many and dare I say, deservedly so? (In case you are wondering he has said that the most important woman in his life is his mother- aww) This season promises to be a good one as Real Madrid have a new coach - the Special One- and I am sure that Ramos will live up to his name. Quite frankly, I cannot wait. 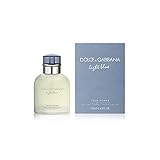