Where to play recreational soccer for adults in Winnipeg

Adults can play soccer in Winnipeg too

I always get a lot of people asking me where they can play soccer. For kids, it's pretty easy to play. There are leagues all over. They can play for schools, community centers, and so many other places. But for adults, it's a little more difficult to find somewhere to play. Well I'm about to fix all of that for you.

Welcome to the Winnipeg Rec League of soccer.

This league is a great place for people learning how to play soccer, or even veterans of the game. There are many friendly people that are a blast to play with and it's just a good time. If you are interested in playing in the Winnipeg rec league, there are many days of the week to play. You have the option to have a team of people you know or to be put on a team that needs players, which is a singles team. Either way, it's a really good time.

There are no referees, so you are required to call your own fouls. Don't worry though, the other team will probably be on the foul calling too. Most of the standard rules apply and you are required to follow them. You are also required to uphold good sportsmanship. The rules are very simple.

The player registration fee is reasonable. I believe it is around $70 per player for the season. If you think about it, that's just putting aside two $35 payments out of each paycheck. Not to bad in my eyes. There are other costs, but they are cheap as well. Really the only other cost is transportation getting to the games and a jersey that is your team colors.

That's really all there is to say about the Winnipeg Rec League. All in all, it is a fun way to get out and get some exercise, meet new and interesting people, and play the best game in the world. Soccer. If you are interested in learning more, I suggest you check out the leagues website. 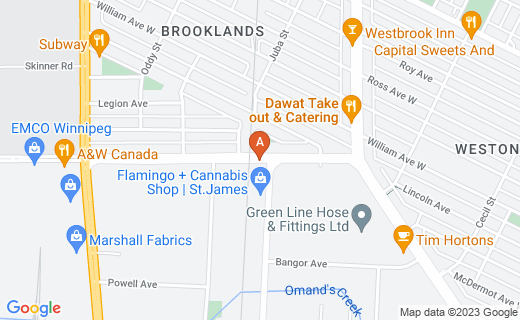 If you are looking for where the Winnipeg Rec League office is located, this is the address.

Before you leave, I have a video that I would like to share with you about one of the best, if not the best, soccer team in the world. I love Manchester Utd. I'm sure this may start quite a stir in the comments as people cheer for different teams, and some hate Man Utd, but hey, I think they rock.