Sports Writers and Meteorologists: Who Is The Better Prognosticator?

I love to tune in to the evening weather forecast, if for no other reason than to get a giggle or two out of the weatherperson's discomfort at how the day went. Oftentimes, they predict this or that high temperature; this or that weather pattern developing and what they predicted was not what occurred. Frequently, the difference in what they predicted and what really happened is never mentioned, but I tell you: if ever I wanted a job where I could be wrong far more often than right and know I was going to keep my job, it would be a weatherman!

Last night, on our local channel, I actually heard our weatherman say "Well, they really blew it today!" in regards to the high temperature. Not that it was too bad, just that they were oh, about 8 or 9 degrees off.

Not too bad, really. It was a really nice day but it didn't quite reach the expected high.

So what does that have to do with Sports Writers? Well, each Spring they make predictions; predictions on who will do well, who will tank, who will win the World Series. And as they do every year, they have put forth their best guesses on who will win it all this year. I'm no different, I have done essentially the same thing.

Only, I'm not paid to do this; I do it for kicks and giggles. They are paid to perform and I'm sorry, but they are not better than the weather person!

In this age, this modern age of cyber this cyber that, this time where daily one can check WIP, FIP, ERA, and any number of acronyms which can estimate a player's worth there are some outlandish claims made each year. And I'm calling it:

I'd use another term but this is a family friendly site and prudence precludes me from uttering such vulgarities. Suffice it to say, in researching the past five (5) years of prognostications versus realities, one can quickly determine that Sports Writers, as a whole, can't find their butt with either hand. For the most part, that is. Now I'm not saying that they aren't occasionally right, but even a blind hog finds an acorn once in a while.

Let's begin in 2011. Why? Well that's the last year my team, the St. Louis Cardinals, won the World Series. They weren't picked to finish in the top ten of the league that year and ended up defying the odds(makers) and winning it all. Here's who they had as the Top Ten Teams that year, their predicted win totals, and what they actually did.

As you can see, some of these "chosen" ones tanked, and badly. Twins, what happened to you? Expected to win 90 games you came in at only 63 wins. Wow, that's quite a difference between expectation and reality. The reality is that of these ten picks, only three made the playoffs: Phillies, Yankees and Tigers. That's 30% correct: you fail. Five of the ten picks had significantly worse seasons than predicted: the aforementioned Twins, Red Sox, Rockies, Reds and A's. By significantly worse, I mean ten or more wins fewer than expected/predicted. That's not good. And in the end, neither team that made it to the World Series was even picked by the "experts" to appear: Cardinals and Rangers.

So, maybe this was just an off year? 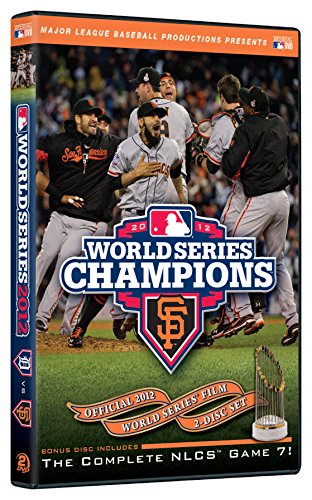 Let's move forward a year to 2012. In this year. the experts only had two teams tanking (ten or more wins below expectations): the Phillies and Red Sox. But the Red Sox really blew it, coming in at a measly 69 wins on an expected 91 win year. Ouch.

For the Playoffs, the experts got six of the ten teams right for a 60% correct rate; still not good but better, better. They did however pick both teams which ended up in the World Series: Giants and Tigers. Way to go!

Those Nationals were a sexy pick in 2013; 100 wins predicted. And coming in at 86 wins should be enough to garner the We Bite Award for the year, but instead that will go to the Angels on the strength (strength?) of their monster 78 win season. Way to go Angels!

Only 30% of the Top Ten Teams tanked this year and the prognosticators got 50% of the playoff teams right. Let's see: 30%, 60%, 50% Not looking too hot for the sports writers here. And if we want to include (I do I do!) how they did for the World Series, naught for two! Neither the Cardinals nor the Red Sox were picked in the Top Ten this year but look who ended up playing in the Fall Classic. Hmmm.

This was an interesting year. On one hand, the experts only had three teams tank for a 30% clip and they got 60% of the playoff field correct. They had the Giants doing well and they ended up in the World Series. They also did fairly well in the win column hitting the Dodgers and Tigers right on and being pretty close to the Cardinals, A's, and Giants. They were a bit off on the Nationals being under on wins and slightly over on the Reds. The Rangers get our award for this year at minus 20 wins, with the Red Sox at minus 17 and the Rays at minus 11 wins respectively.

But where did the Royals come from?! Who would have thought they'd make it all the way to the World Series? No expert, apparently.

Well, this year bit the big one for the experts. 60% of the teams on their Top Ten tanked big time, with the award going to the Nationals. Oh, it could have gone to the Mariners for their minus 19 season but come on, when you're expected to win almost a 100 games and only finish with 83, you deserve the wiener award. All hot dog fillin's, no meat to speak of. Just chicken lips, pig butts, and sheep innards. Speaking of which reminds me of a couple of players on that team, or more accurately one in particular. Which one was the bigger Hot Dog? Who could it be?

The only teams on their list which actually made the playoffs were the Cardinals, Pirates and Dodgers. And again, no one chose the Royals to make the playoffs let alone win it all. Come on! What do these guys have to do to prove to you they are for real?

The Cubs came close. Their fans wanted desperately for the Back To The Future prediction to come true but sadly (hee hee) it did not. But they did play very well in 2015.

So why am I doing all of this? Well, mostly because someone needs to call BULLPUCKEY when it stinks. If it smells like it, looks like it and proves itself to be, it's bullcrap. I don't need to feel it as well.

This year, the darling of the sports media are the Cubs, those lowly fellows who haven't won a World Series since before the first World War, since before Admiral Peary reached the North Pole, since before the Boy Scouts were created, since before Orville and Wilbur flew together in the sky for the first time, since before Standard Oil was declared an unreasonable monopoly and dissolved, and since before the Indy 500 was first run in Indianapolis! They are the anointed ones, the heir apparent, the uncrowned World Series Winners by all. It will be a cakewalk, a season to end all seasons, one which no one else need show up and apply: it is Their Year To Win It All.

And I for one ain't buying what they're selling.

Do they seriously think they will win?

So how does this play out? If the past plays a part, the Cubs won't even make the playoffs. But if they do and if the Cubs and Cardinals both make the postseason, I will be rooting for my Cards all the way. If the Cards lose, I will not be able to root for the Cubs period. Matter of fact, I may just root for anyone not named The Cubs then. Sorry, no can do it; I won't root for the Cubbies no matter what.

But if the Cubs make the playoffs and the Cards don't I will be glad to see if the Cubs get the monkey off their back. If they win it all, I will applaud them for a job well done. I was happy (well, not really happy) to see the Red Sox win and get rid of their own curse, so I can honestly say that if the Cubs do the same, good for them. I want people to succeed, just not at my Cardinals expense.

The astute reader will notice a few unusually low win totals here in the prediction column. Maybe the writers are getting smart. One will also notice the Cardinals are conspicuously absent once more. Win predictions for them vary from 97 down to barely above .500 at 84. Also, some predict the White Sox to rally and win 90 while others still expect the Nationals to do well at 89 wins. So depending upon who you want to believe, somewhere near half or more of the teams have a chance at making the top ten. About the only consensus losers, those with no chance in hell of winning, are the Phillies, Reds, Brewers, Braves, Rockies and A's.

Who wants to bet one of them steps up and crushes a home run this year?

Will the curse finally end?

Will the Cubs finally break the curse, end their misery and win the World Series this year?

How to BBQ a goat