The Day Before Judgment Day

I had to get down to the shore and get some things ready for Memorial Day weekend. We were expecting a pretty big group and I had only opened up the house the weekend before Mother's Day, which also happened to be the weekend I had a group of friends down for some early spring fishing. So my wife and I decided to take Friday off to make sure we had enough time to get everything done we needed to get done. That included a thorough house cleaning, some yard work, a couple of new beds and for me, some fishing.

We arrived just before noon and got right to work. There would be no fishing today. After a long and productive day, I was ready for bed at 10:00 o'clock. Just prior to that we had been visiting with the mother-in-law next door, however I was exhausted and left for bed while my wife stayed a little while longer. Low tide was scheduled for 5:40 AM, and my plan was to fish the incoming tide. I was down two weeks earlier and although I didn't have a chance to fish, while walking on the beach I noticed the action really picked up just about two hours after low tide. I set my alarm for 5:00 AM and jumped into bed. But then it hit me, wait a minute, tomorrow is Judgment Day. In fact, in just two hours it will be Judgment Day. When is everything supposed to start? Will it start at midnight, and if it does, then maybe I don't need to set the alarm. I decided to leave the alarm set and if I were to hear anything during the night that sounded like the world coming to an end, I'd decide at that point whether to keep it set or not.

Judgment Day: Getting to the Beach

Well, the alarm went off at 5:00 as planned and I felt surprisingly good, considering the work load the day before. So far so good, apparently the world didn't come to an end over night, but who knows what to expect for the remainder of the day. I got dressed, gathered my gear together, loaded it into my van and headed out. I really should have loaded everything, with the exception of the bait, the night before, but I really was just too exhausted. I headed down to the WaWa, for a cup of coffee and some change for the parking meters, which went into effect May 15th. For those of you not familiar with WaWa, it is a convenience store chain similar to 7-11. Prior to this season I had a 1995 Ford Explorer that I used exclusively for the beach, however one of my daughters was having car troubles, so I did the right thing and gave it to her to use. It really was in great shape and I know she appreciated it, however I did let her know that when she decides it's time for a new car, I want the Explorer back. So I now park in the street, and carry my fishing gear down to the beach. Thus the need for the change. I will be picking up a beach cart this year, probably on Father's Day, which I will need regardless of the status of the Explorer since vehicles are not permitted on the beach from Memorial Day through Labor Day.  If my wife is reading this, that would be the Fish n' Mate Sr, dear. When you have to carry all your gear, you learn to travel light. But even when traveling light, it is a pain in the neck. Anyway, enough complaining. I arrived at the beach at 5:45, not bad, and still so signs of the end of the world.

I grabbed my gear, two 10' rods, two rod holders (PVC pipe on 4' chicken wire posts), my bait box, a chair and a bucket with some rigs and assorted essentials, and headed up the sand dune. When I reached the top of the dune and looked out over the beach, I realized I wasn't going to get my preferred spot today. There must have been 30 fishermen spread out along a five block stretch of beach that is known to be fertile fishing waters. Maybe everyone was trying to get a few hours of fishing in before the world came to an end. Whatever the reason, I would have to find another spot. I ended up a couple of blocks north of my preferred spot, however I could tell by the way the waves were breaking about 30 yards off shore, that a decent channel existed. So I set up shop, got the rods in the water and then sat back to enjoy my coffee. I like to run two lines to ensure I always have at least one line in the water at all times. There was some slight cloud cover just to the northeast which obscured the rising sun at times, but other than that everything was perfect. Just a slight breeze, no seaweed or grass and most importantly, still no signs of the end of the world. 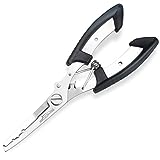 At just about 8:00 AM, I noticed the fisherman next to me hooked onto something and it was giving him quite a fight. It was the only action I had seen all morning. I was trying to see if I could make out any part of the fish as it was reeled into the shallow water. At that point I thought I saw the fins of a sand shark as the waves were breaking close to the shore. Yep, sure enough, it was a sand shark. What a bummer. Just then one of my lines took off. I grabbed it, tightened my drag and started reeling. Whatever it was, it was putting up quite a fight. I loosened the drag a bit for fear of putting too much tension on the line. The fish was taking line and swimming up the channel, but the drag was tight enough so that it wasn't an easy swim. I could feel the head thrashing back a forth quite a bit, a characteristic common to both sand sharks and stripers. The fish then turned and started swimming back down the channel, so I took the opportunity to reel in as much line as I could. It was obvious to me that the fish was beginning to tire. Unfortunately, as a result of swimming up and down the channel, the line with the fish on it had crossed with my other line, which was still in the water. By now a couple of the fishermen on both sides of me had come over to observe. I still wasn't sure what I had hooked into, but I was really hoping it wasn't a sand shark. As I reeled the fish into the shallow water, I thought I saw a nice big tail flap out from one of the small breakers. If my eyes weren't playing tricks on me, that was not the tail of a sand shark. I started walking backwards to pull the fish close to shore and that's when I saw the fish for the first time. No this certainly was not a sand shark. This was a nice sized striper. I pulled the fish up to a point where it was safely beached, took the hook out and then quickly grabbed it by the gill and carried it the rest of the way back to where my gear was. A quick measurement revealed I had just landed a 40" striper. The fisherman next to me had a scale and the fish came in at 21 lbs. Not bad. I remained on the beach till noon and had one additional hit, but the hook didn't set and after only about ten seconds I lost it, but to be honest, I wasn't too disappointed.

So there you have it. The world didn't come to an end, someone wasted allot of money on billboards, I'm ready for my guests and hopefully more fishing on Memorial Day weekend and I have a nice 40" striper to show for my efforts. Not a bad day considering how some had predicted it would turn out. 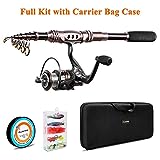