Super Bowl XIII-- Rematch! The Cowboys vs. The Steelers (Part 2)

In my previous hub, I introduced the topic of Super Bowl XIII which featured the rematch of the Dallas Cowboys and the Pittsburgh Steelers. In addition to being an exciting and well played game, it was the first rematch in Super Bowl history.

In part one, we discussed the major plays during the first half of the game. In this hub, we'll pick up right after the halftime break.

During the third quarter, Dallas was ready to tie the game ("Passing Game" 10). After several plays, they were at the Pittsburgh 10 yard line when they suffered a "moment of heartbreaking disappointment." It was third down and three yards to go, Dallas coach, "Tom Landry, sent in an extra tight end." They were planning to pass, but wanted to trick Pittsburgh into thinking they were going to run. Staubach prepared to throw the ball to tight end Jackie Smith in the end zone, but Smith "slipped on the wet turf" and fell to his knees. He grabbed at the ball when it came but dropped it. "A sure touchdown was lost" (Dolan 66). Smith had this to say about the play, "... I've dropped passes before, but never any that was so important... I should have tried to catch with my hands only, but in that situation you try to use your chest. Then I lost my footing, my feet ended up in front of me..." Staubach said, "... It wasn't a good throw... If you're casting blame, it's 50 percent my fault and 50 percent Jackie's. I know one thing, the play wasn't a failure for lack of experience because we're the two oldest guys on the team" (Greatest Performances).

The Cowboys settled for a 27-yard field goal by Rafael Septien ("Passing Game" 10). It took them nine plays to go 32 yards with TOP 4:55 and 12:24 elapsed (Fortune City). The score was now 21-17, interestingly the same score that the Steelers defeated the Cowboys by in Super Bowl X ("Passing Game" 10). This was the only score in the third quarter.

During the fourth quarter, the Steelers were at the 18-yard line when Bradshaw completed a pass to Grossman for a 9-yard gain and a first down (Conn). Three plays later ("Play by Play"), Bradshaw threw the ball from the Steelers 44 yard line to Swann, but Swann was being covered by Dallas corner-back Benny Barnes. The two men were running side-by-side and managed to trip (Dolan 68). Field Judge Fred Swearington threw a yellow flag and called pass interference (defensive) on Barnes, giving Pittsburgh a first down ("Passing Game" 10). The ball landed at the Dallas 23-yard line (Dolan 68). This was the infamous controversial play and call of the game.

"Back Judge Pat Knight, standing nearby and with an unobstructed view of the play, spotted no infraction. Field Judge Fred Swearington, a 19 year veteran of NFL officating and observing the play from a considerably greater distance than Knight, called a tripping violation on Barnes..." There are tow sides to every story. According to Barnes, "Swann ran right up my back. When I saw the flag, I knew it was on him. I couldn't believe the call... the official said I swung my foot back to trip Swann. I didn't even see Swann." Contrarily, Swann said, "I didn't think there was anything controversial about the call... I was tripped. I didn't see Barnes and I didn't touch him. My hands are clean. I'm one of the good guys" (Greatest Performances). "The call caused an argument among fans that lasted for weeks" (Dolan 69).

The Steelers had the ball at the Cowboy 22 yard line. "On third down and nine to go, Pittsburgh tried a trap. It worked perfectly." Franco Harris had the ball and ran 22 yards up the middle for a touchdown making the score 28-17 (Dolan 69) with just seven minutes left on the clock ("Passing Game" 10). Roy Gerela kicked the extra point. It had taken them eight plays to go 85 yards with TOP 4:58 and 7:50 elapsed on the clock (Fortune City).

Pittsburgh coach, Chuck Noll, called the next play from the sideline. Roy Gerela went to kick off, "but Gerela slipped and the kick bounced directly to the 250-pound [randy] White, who had no idea what to do with it" ("Passing Game" 11). White had a cast on his fractured left thumb that "caused him to fumble. Somehow, he recovered" (Dolan 69). White tried to pass the ball, but Tony Dungy tackled him on the Dallas 18 yard line (History). The ball hit the ground and Pittsburgh's Dennis Winston covered it (Dolan 69).

From the Pittsburgh first down, Bradshaw threw a touchdown pass to Lynn Swann for 18 yards with 6:51 remaining on the clock ("Recaps"). Roy Gerela kicked the extra point. It took them only one play to go 18 yards with TOP 0:06 and 8:09 elapsed on the game clock (Fortune City). This was the Steelers second touchdown in 19 seconds of play ("Passing Game" 11). Bradshaw had now completed four touchdowns in a single Super Bowl game, a new record ("Recaps").

Part 3-- "The Game Wasn't Over," the conclusion to this 3 part series, will be published tomorrow!

(Pleases note: I relied heavily on research articles to write this article. I'll included a complete list of my sources in the final installment of the series.) 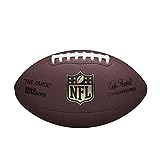