Super Bowl XIII-- Rematch! The Cowboys vs. The Steelers (Part 3)

The Game Wasn't Over

Pittsburgh began to relax and Dallas took full advantage ("Passing Game" 11). Bradshaw later said, "our guys started celebrating when it was 35-17... and it made me mad. They were slapping backs, shaking hands, and saying how great it was. But it wasn't great, because the game wasn't over" ("Passing Game" 12). "... Here was Roger scrambling well, throwing well, moving them downfield and they scored twice... we had scored 35 points on a team that seldom gives up that much and then it looked like we might end up losing it... and here were our fellows on the sideline shaking hands and slapping each other on the back" (Greatest Performances).

"Dallas recovered the on-side kick" ("Passing Game" 11) on their 48-yard line. "In 9 plays, 8 passes and a sack, the Cowboys scored again" (Greatest Performances). With 32 seconds remaining on the clock ("Recaps"), Staubach completed a touchdown pass to wide receiver Butch Johnson (Dolan 70) for 4 yards. Rafael Septien kicked the extra point. It took them nine plays to go 52 yards with TOP 2:01 and 14:38 elapsed (Fortune City). The score was now Pittsburgh 35- Dallas 31 (Dolan 70).

Dallas's only remaining chance tow in, or tie the game and go into overtime, was to recover the next onside kick ("Passing Game" 12). Rafael Septien kicked off, but it was a bad kick and the ball skipped to the Pittsburgh 45-line where Rocky Bleier jumped on it and held tight (Dolan 70).

"The game was over... [but] the Cowboys had [still] set a record." They had been to five Super Bowls. They won two and lost three (Dolan 71). "Twice, Bradshaw took the snap and fell on the ground as time expired" (Greatest Performances) "... the best of all Super Bowls was now history" (Dolan 71). "The once ragtag Steelers, the poor relations of the NFL, were the first team to win three Super Bowls" (Greatest Performances) all within a five year period ("Recaps"). The final score of the game was Pittsburgh 35 and Dallas 31 ("1979"), the "highest ever seen in Super Bowl play" (Dolan 63). The final season records of the teams were Pittsburgh 17-2 and Dallas 14-5 ("Play by Play").

Thomas "Hollywood" Henderson described Bradshaw as "dumb" before the Super Bowl game. He said that "Bradshaw couldn't spell cat if you spotted him the c and a." After the game, while in his locker room, Bradshaw joked to reporters "go and ask Henderson if I was dumb today." Meanwhile, Henderson "slumped dejectedly in the Dallas clubhouse, trying unsuccessfully to stem tears" (Greatest Performances). Bradshaw had this to say "... I don't need anyone telling me how great or how smart I am, or how smart I'm not, I just tried to go out there and help win a football game" ("Passing Game" 15). "I'm not extremely brilliant and have never claimed to be... This isn't nuclear physics, it's a game. How smart do you have to be? When I left the stadium, I wanted to know I had done what I needed to do" (Greatest Performances).

In conclusion: "... Super Bowl XIII... was everything professional football's championship game is supposed to be, but rarely is. It had the NFL's two best teams, the Pittsburgh Steelers and the Dallas Cowboys, doing amazing things in heroic-- and sometimes haphazard, even peculiar-- fashion" ("Passing Game" 8).

The game has been called, "The greatest football game of all time... from the standpoint of having your brightest stars perform at their highest levels against a great adversary, it's the best I've ever seen... if there is a football heaven, surely this is it" (Greatest Performances). 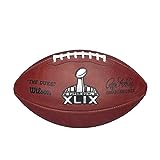