Located in the historical town of Belfast, New York is an attraction called the Bare Knuckle Boxing Hall of Fame. Owner, operator of this unusual historical site is Scott Burt, a local school teacher. The Bare Knuckle Boxing Hall of Fame is set up in barns that were last used in the late 1800's to train the famous bare knuckle boxer, John L. Sullivan. After spending close to $100,000, Burt organized the restoration of these barns, including having them moved several blocks across town.

Belfast, New York is best known for these barns and having John L. Sullivan train there; which took place well over 100 years ago. The town is small, the people are accomodating and kind and the legends are numerous. Located in this town also is the Belfast Hotel. This hotel holds a restaurant and bar on the main floor, a hotel upstairs and an eerie basement below, which is used for a stock room. The Belfast hotel offers a full menu which includes hamburgers, sandwiches, seafood and the famous J.L. Wings. The wings are available in several different flavors, including my favorite, the sweet and tangy. If staying at the Belfast Hotel, don't be alarmed if you do not see other motel guests. It is a small hotel, and according to many residents, it rarely has guests.

Trainer William Muldoon took John L. Sullivan to these training barns to get him into shape for his big fight scheduled with Jake Kilrain. The training took place for six weeks and during it, Muldoon worked with Sullivan on a tight training schedule. Sullivan dropped in weight from 260 pounds down to 200 in these six weeks. The training consisted on many events including running and walking miles each day, chopping wood and training with a medicine ball. Sullivan met Kilrain in the boxing ring in 1889 and beat him by way of knockout after 75 rounds. After this, training in the barns ceased for over 120 years.

Holmes Training in the Style of John L. Sullivan

After sitting vacant for over 120 years, Burt spent thousands of dollars and many months restoring the barns to their original looks. He invited middle-weight boxer, Jimmy Holmes, from DeMotte, Indiana to come to the barns to train for his upcoming fight. Without hesitation, Holmes agreed. In order for this to happen though, Holmes would have to train in the style that Sullivan did in 1889. This would include strenuous trainings, long runs, chopping wood and much more.

Holmes, along with trainer Jeff Mengel, arrived in Belfast and began training on Tuesday, August 29, 2011. Holmes, along with Mengel, slept in the barns each night of the week. They ate food similar to what Sullivan ate, wore clothing similar to Sullivan's training attire and tried to keep the same training schedule as him. Training took place all week, and ended on Sunday, September 4. It was a strenuous week for Holmes, but well worth it. This week was Holmes' first week of training camp for his upcoming fight scheduled for October 21, 2011 in Merrillville, Indiana.

Burt offers tours of the barns to visitors for a minimal charge. For more information check out the website: www.bareknuckleboxinghalloffame.com. 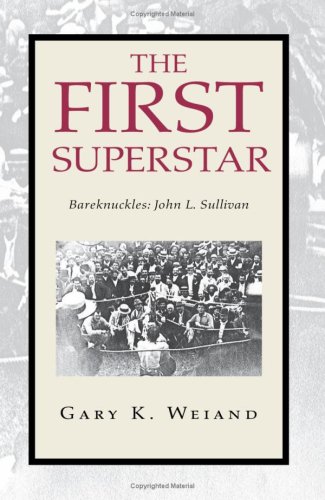