The Longest Home Run Ever Hit

The homerun is probably the most attractive feature about baseball to the casual fan - and most likely, to the most dedicated, hardcore enthusiast as well. The homerun elicits excitement, wonder and awe as the ball travels over the distant boundary of the baseball field, four hundred, sometimes five hundred feet away from where the bat sent the ball sky-rocketing out of the game. Fans love the home run. In particular, fans love to see the long homerun. There have been thousands upon thousands of homeruns hit during the 140 or so years of professional baseball. But who holds the record for hitting the longest home run? And how far did it travel?

By most accounts, the longest home run ever hit took place on October.12, 1926 in Wilkes-Barrie, Pennsylvania. It was hit by Babe Ruth in an exhibition game two days after his Yankees lost the 1926 World Series to the St. Louis Cardinals.

As was the Babe's custom, he would travel America after his Yankee season was over, participating in barnstorming games so that he could earn some extra cash on the side, and also give fans outside of the American League cities to get a chance to see the Sultan of Swat hit a few real-life homeruns.

At this particular stop, at Artillery Park in Wilkes Barrie, he had an unsuccessful day, going 0-2. However, the Babe, ever the showman, knew the fans had come to see him hit a homerun, so he attempted to give the fans what they wanted. He dared four local pitchers to try to strike him out. The pitchers accepted the challenge of the superstar ball player. Unfortunately for the many fans in attendance, all the Babe could muster off of the first three pitchers was one lazy homerun - nothing that represented what the Colossus of Clout was truly known for or capable of. Finally, the fourth pitcher, Ernie Corchran gave the Babe what he wanted - a fastball right down the heart of the plate. The Babe responded by hitting the longest homerun ever recorded.

Some say the ball hit by Babe Ruth on October.12, 1926 travelled 600 feet, while others counter with 650 or even 700 feet. Bill Jenkinson, author of "The Year Babe Ruth Hit 104 Home Runs", and all-time Babe Ruth historian, travelled to the site of the home run some 80 years after the legendary feat, interviewed eye-witnesses, studied aerial pictures of the ball park and reported landing spot, and finally came to the conclusion that the ball must have traveled at least 600 feet!

Jenkinson is convinced that a 700-foot homerun is humanly impossible - so he discounted that figure as a possibility. Although he thinks it could be possible to hit a ball 650 feet, he chose to err on the side of caution thinking that 650 feet is just too absurd a figure.

There is a monument at Artillery Park in Wilkes-Barrie, Pennsylvania on the site of that extraordinary day in 1926 where the Babe connected on that massive homerun. However, for whatever reason, until just lately, the homerun had mostly been lost to history. Interestingly, after the Babe hit the homerun, he asked for it to be measured - the only known time that he ever asked for one of his home runs to be measured. He felt that it was the longest home run he had ever hit, the moment it left his bat. Curiously enough, whether people forgot to do so in all of the excitement, or chose to ignore his request, nobody actually measured the home run until Jenkison did generations after.

Mickey Mantle hit many long home runs. Some were said to even travel in excess of 500 feet. As a result, many attribute the longest home run ever hit to the Mick. And the most likely Mantle home run that people associate the "longest ever" title to, is the home run he hit at Yankee Stadium on May.22, 1963. No ball was ever hit out of old Yankee stadium, although this one was the closest. By most accounts, the ball was only inches away from clearing the stadium completely, but hit the facade, high above the third deck in right field. At the time, reporters and fans alike, declared that the ball would have travelled at least 565 feet had it not hit the facade. However, recent studies, with the use of computer programs and trajectories, have declared the actual distance may have been more like 515 feet - at least 85 feet shorter than the Ruth home run in Wilkes-Barrie 37 years earlier.

On an interesting side note, according to Bill Jenkinson, Barry Bonds, our tainted homerun king, never hit a homerun over 500 feet - Babe Ruth hit over 40 of them in actual, MLB league games. 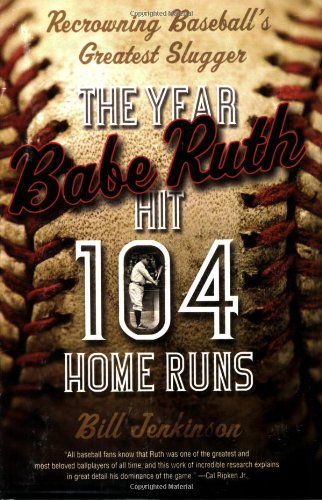