The Strangest Weirdest and Most Random Football Mascots

I was trying to think of some ideas to write some hubs and being a football fan I had a great idea.  There are some weird mascots out there and I thought it would make an interesting hub to write about them and include some pictures!  I looked around and did not see many other similar hubs or articles so decided to go ahead!  Just in case any Americans reading this are wondering what type of football I am talking about - it’s soccer!

Starting off with the strange Manchester City Mascot “Moonchester”  For some reason Man City think that their mascot should be a weird blue alien.  To be honest his name is not exactly the best either but at least he is creative I suppose!

West Ham’s Mascot is also a little odd.  I know their nickname is the Hammers but even so they don’t need a hammer as their mascot do they?

One of Everton’s mascots is Mr Toffee.  This comes from the fact they are nick named the Toffees but it still looks pretty strange.  I think they would have been better of just getting a toffee mascot and forgetting the “Mr” part!

I love the Barnsley mascot Toby Tyke!  He looks so cool in this picture and must be one of the weirdest and most random mascots out there

Southend United has two mascots and both are pretty strange.  I personally prefer Elvis the Eel but there is also Sammy the Shrimp!  The Shrimpers live up to their name!

Arsenal’s mascot always makes me laugh when I see it!  It’s the Gunnersaurus Rex which is pretty random and looks funny too!  I actually quite like it!

5 Derby County’s mascots is a ram and it looks quite funny to be honest!  Also what is on his knees?

Yeovil Town’s Mascot happens to be the Jolly Green Giant!

Finally the Bury mascot Robbie the Bobbie and all I will say is that it actually scares me!  His eyes are too big!

Who is your favourite mascot? 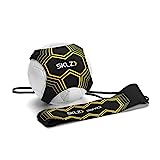