Theme Parks and traveling fairs have been entertaining the UK population for over a century now. Every year new more innovative rides are created to draw the crowds and every Park wants to have the best rides. 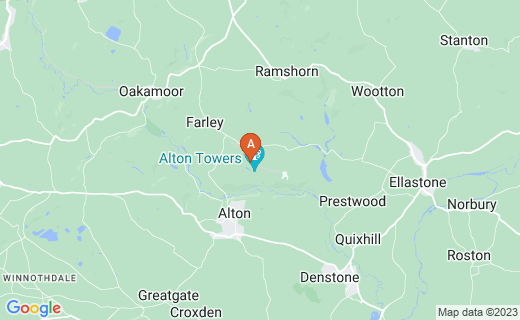 Alton Towers in Staffordshire opened its gates for the first time on 4 April 1980. However there had been fairground rides on the site before that date. Over the years its rides have made history and broke a few records.

Today it is home to some of the UK's best coasters and Thrill Rides.

The first Inverted coaster to be seen in Europe opened in 1994 and is still one of the parks top rides. Riders sit in seats with their legs dangling below them as they spin and twist around the track at speed.

Built by the the same company who built Nemesis, Oblivion was the first vertical drop coaster in the world. It only has one drop but that is into a dark hole in the ground at a full 90o.

World's first vertical free-fall drop coaster. The train travels along the track until it comes to a stop inside a building. The track under the train then falls taking the cars with it. It is not Alton Towers best ride and is built using Family Coaster components.

Located near Oblivion this was the first looping coaster to have 14 loops. It has suffered a lot of faults and break downs in its short life. 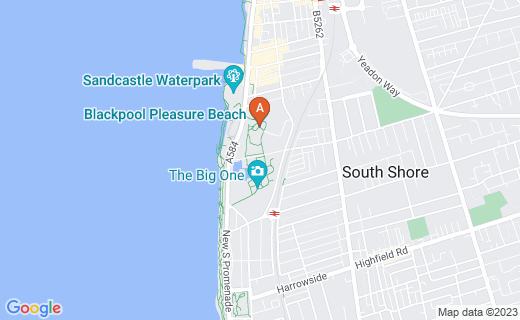 Opened in 1896 Blackpool Pleasure Beach is a family owned park situated on Blackpool's Seafront. The junior area of the park is sponsored by Nickelodeon and has lots of great themed rides.

The oldest coaster on the park, originally built in 1923. I find this ride more southing than thrilling at times, but I've been on it plenty over the years.

This has to be one of my favorite Woodies in the UK. It is simple but can be fast and at times a better experience than the Big Dipper. Once over it did no have any safety belts or bars fitted adding to the thrill.

A racing coaster themed around the Grand National course in nearby Liverpool. The racing element brings a thrill to the ride and the drops are pretty good to.

This is a great example of a Wild Mouse Coaster. It is an intense fun ride.

The last of its kind in existence this three track racing coaster has ride on horses.

Bobsled coaster that was the first of its type in the UK.

When it first opened in 1994 The Big One was the tallest Coaster in the World and also one of the fastest. It is the first drop that makes this ride. It has great views from the top (if you can keep your eyes open), and the angle of the drop is something special.

Originally named Traumatizer and situated at the companies old Southport park a few miles down the road, Infusion opened at the Pleasure Beach in 2007. It is an inverted Corkscrew Coaster that is situated over water for its entire length. It is similar in design to Alton Towers Nemesis.

A great indoor, Dark water ride that has 3 drops, one of which is backwards. It is themed around the Mythical Viking Afterlife of Valhalla, it has hot and cold zones and great special effects. It is one of the best rides on the park.

Space Launch Tower Ride that shoots riders over 150m up into the clouds. 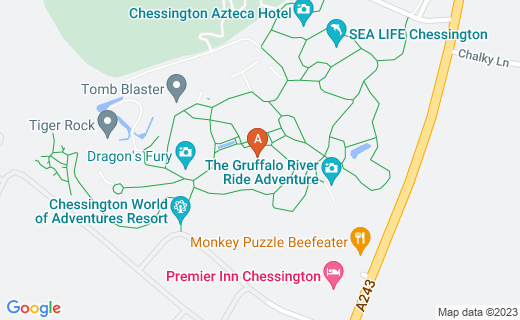 First opened as a zoo in 1931 an Amusement Park was added to the site in Kingston upon Thames in 1987.

Drayton Manor is a family run Theme Park in Drayton Bassett, Staffordshire. It opened in 1949 just 4 years after the end of the Second World War. It started out with just a small amount of children's rides. In 1954 a Zoo was added.

A stand-up roller coaster that is the only one in Europe. It is also the only one with a zero-g roll. It was one of the big Three in the UK when it opened in 1994 alongside Nemesis and the Big One

Drayton Manor is home to Thomas land. A great theme park for Thomas the Tank fans of all ages. 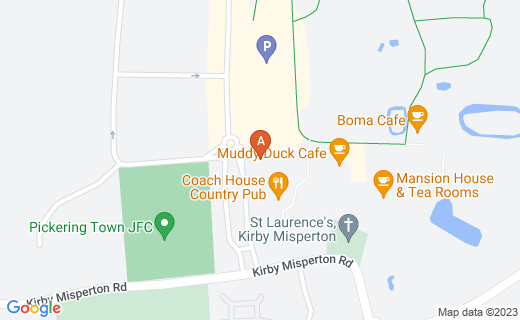 Flamingo Land is located near Malton in North Yorkshire. It opened as a Zoo in 1959 and amusement rides were soon added.

Similar is style to Steeplechase at Blackpool but unique in the fact that is the only one with ride on motorbikes. It is also the tallest and fastest of its type in the world 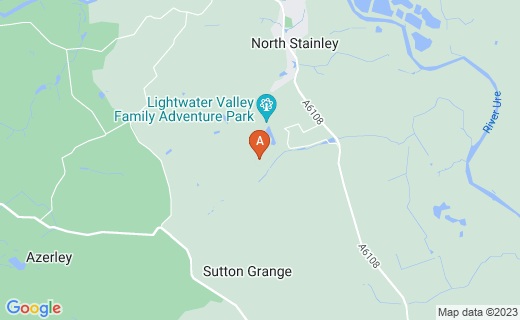 The other North Yorkshire based Theme Park. It is situated just North of the Cathedral City of Ripon. The park opened in 1969.

Europe's Longest Coaster, the Ultimate is a Wood-Steel Hybrid. It has been thrilling riders since 1991

Indoor Themed Coaster. It used to bo known as the Rat Ride.

One of the main coasters at Paultons Park. It is not much of a white knuckle ride. 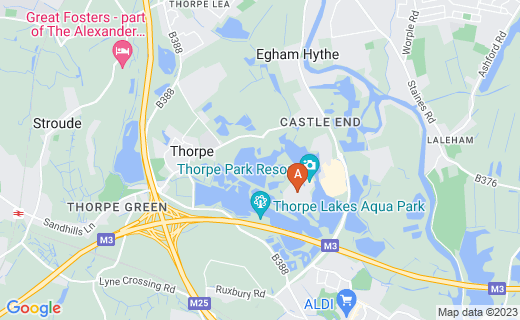 Themed around the Saw Movies.