The Wetsuit factor of a triathlon race

When initially getting your feet wet in the sport of triathlon racing, there doesn’t seem to be any major expenses, other than the price of the race. Most people have a bike, running shoes, and a swimsuit. However, after having successfully completed a few sprint triathlons, it may be time to upgrade your race distance, as well as your racing gear.

For triathletes planning on competing in races with a longer swimming distance, obtaining and swimming in a wetsuit can be a big major step for any triathlete. But for those who have a goal of racing at the Olympic, Half-Ironman, or Ironman distance, wearing a wetsuit can greatly enhance one’s swim performance. It may even be a requirement of some of these longer-distanced races as well. Because these longer races typically hold the swim in a river. lake, or ocean, having a wetsuit on can make you appreciative of it since these waters are usually a lot colder than anticipated – especially if the race is held in the early part of spring or summer.

If you are deciding whether to take the plunge and wear a wetsuit for your next race, there are many factors to consider before renting or buying your first wetsuit. After all, it can be a very costly investment. Furthermore, the experience of swimming in a wetsuit is very different than a regular swimsuit. Below are some aspects to ponder over before squeezing into a wetsuit for the first time.

For starters, if you have never put on a wet suit, you will probably want to go to a venue that can do a proper fitting for you. If you have a wetsuit that is too big, you are going to get an excess of water down your suit during your swim. Not only can this hamper efficiency, but it can be quite chili if swimming in a cold body of water. On the other hand, you also don’t want to get a wetsuit that is too small. While you do want to feel snug inside your wet suit, one that is too tight will make it much harder to breath – when exerting yourself in a race, you need all the air you can get!

Putting on a wetsuit is no easy task. When I put one on for my first Olympic-distanced race, it took me longer to put it on than to swim the designated distance. A full-body wetsuit is supposed to be snug, and therefore will feel rather tight as you are putting it on. When dressing yourself in one, you also have to be careful with the material since you don’t want to puncture or snag the nylon material of the suit; it is usually pretty thin. You will have to learn to be patient as you cinch the wetsuit on inch by inch until it covers your anatomy. Having someone assist you, especially the first time, can make the dressing experience less challenging. Zipping it all the way up in the back can be quite a difficulty if you have to do it entirely on your own.

*Tips* - Before wearing a wetsuit in a race for the first time, practice taking it on and off a few times beforehand. It is also a good idea to swim in one a few times before a major race. This way you will not only be more comfortable with swimming in a wetsuit, but with the process of putting one on and then taking it off. Also, when getting it on, be sure to use your fingertips - and not your nails- to pull at it; you certainly don’t want to rip a hole in the wetsuit material. 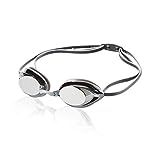 Once you have decided to put on a wetsuit you will probably make two observations when swimming in it for the first time. On the positive side, a full-body wet suit will make you much more buoyant than swimming in a regular swimsuit. Because of this buoyancy, you will be able to slice through the water at a faster rate, and hence, have greater speed.

On the downside, when wearing a full body wetsuit, you will most likely feel soreness or a tightening of your shoulders when swimming in the water for an extended period of time. Some of the more expensive wetsuits have thinner or more pliable material in the shoulders, to allow for more flexibility. Nonetheless, even with a majority of the more expensive wetsuits, one can still notice a feeling of resistance in the shoulders after a few hundred yards of a long swim.

Another consideration athletes need to make when buying renting a wetsuit is whether to get a full body or sleeveless wetsuit. Regarding this decision, there are few aspects to think about. With regard to purchasing a sleeveless wetsuit they are generally less expensive than a full body one – this would seem obvious since sleeveless wetsuits require less material. Another positive aspect of a sleeveless wetsuit, is the wearer won’t have to deal with that tightening sensation in the shoulders that comes with wearing one that does have coverage of the arms.

However, despite the fact that full body wetsuits usually do result in a straining of the shoulders because of the restrictive material, they DO have more buoyancy than the sleeveless ones. The translation of this is that you will essentially go FASTER in a full body wetsuit. Another plus about the full body set suit is because of the extra material on your arms, you will feel warmer in the water, and therefore your muscles will warm up much faster during those initial moments of the swim. 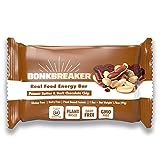 Rules and Regulations of wetsuits

Prior to wearing a wetsuit for a triathlon race, you will have to consider whether or not you think you might end up feeling uncomfortably hot swimming during the swim.. At the beginning of a race, a wetsuit might make you feel temperate and warm, but after swimming 600 yards, you may feel as though you are overheating. This is another reason why it might be a good idea to test drive the wetsuit the day before the race so you can gage your temperature with regard to the wetsuit - and the temperature of the water.

You will also want to check with the bylaws of the specific race you are doing and see what their rules are regarding wearing a wetsuit. Many triathlon races have temperature cutoffs in which wetsuits are not allowed. For example, in most Ironman races you cannot wear a wetsuit in a body of water that registers above 76.1 degrees Fahrenheit.

In addition to temperature rulings, many triathlons have also deemed certain wetsuits as prohibited. In many races, wetsuits have been banned that have exceeded a thickness of 5mm or were made with non-textile materials. While these are few and far between, you may want to check these lists out prior to spending an exorbitant amount of money to buy a state-of-the-art wetsuit.