These guys ran their team's offense by controlling the ball and getting it to the right players at the right time. Today I rank the top 10 point guards in NBA history.

He will be remembered as one of the most efficient offensive players in league history.

A first round pick in 1996, Steve Nash made minimal impact with Phoenix and was traded to Dallas in 1998. By his third year with the Mavericks, he was an All-Star and together with Dirk Nowitzki and Michael Finley, Nash led the Mavericks to the Western Conference Finals during the 2002-2003 season. The next year, he resigned with the Suns where he was named the NBA MVP in back to back seasons. He spent his final three seasons with the Lakers before retiring in 2015.

He is the ring leader of Lob City.

The fourth overall pick by New Orleans in 2005, Chris Paul finished the year winning the NBA Rookie of the Year after leading all rookies in points, assists, steals, and double-doubles, and became only the second rookie in NBA history to lead the league in total steals. After he was traded to the Clippers in 2011, Paul rejuvenated the franchise along with Blake Griffin and Deandre Jordan. Early in Paul's first season in Los Angeles, the team developed a reputation for their fast paced offense and spectacular alley oop dunks.

He made some of the most impossible passes the league has seen.

The second round pick in 1994, Jason Kidd led the NBA in triple doubles in his first season and was named the NBA co-rookie of the year along with Grant Hill. After he was traded to Phoenix, the Suns were recognized for their fast paced style of play with Kidd frequently leading a small lineup of four guards and a center. He signed with the Nets in 2001 and under his guidance, the young Nets team prospered through the playoffs, won the Eastern Conference title, and advanced to the franchise's first ever appearance in the NBA Finals. In 2008, he was traded back to Dallas and won the NBA championship in 2011. Kidd spent his final season with the Knicks before retiring in 2013.

The fifth overall pick in 1967 by the Knicks, Walt Frazier was the team's leader for over a decade. He was the ring leader of future Hall of Famers Dave DeBusschere, Jerry Lucas, Willis Reed, Earl “The Pearl” Monroe, and Phil Jackson. Only a calm, cool, and collected point guard like Frazier could keep a cast of characters like that in check. He held almost every team statistical record at one point and still is the Knicks all time leader in assists. As their floor general, Frazier led New York to the franchise's only two NBA Championships in 1970 and 1973. He spent his final seasons in Cleveland before retiring in 1980.

"The Glove" was the greatest defensive point guard in NBA history.

The second overall pick in 1990 by Seattle, Gary Payton struggled in his first two seasons before coming on strong in the 1992-1993 season. Alongside Shawn Kemp, the two formed "the Sonic Boom" one of the greatest tandems in the 90s. In 1996, Payton became the only point guard in NBA history to win the NBA Defensive Player of the Year and helped Seattle reach the NBA Finals. He spent his final seasons in Milwaukee, Los Angeles, Boston, and Miami and won his only Championship as a member of the Heat.

He has more assists and steals than any player ever.

The 16th overall pick in 1984 by Utah, John Stockton was praised for his old school style of play. He played the angles to perfection, never committed to pounding the ball unnecessarily, and appeared to always instinctively make the right decision at the right time. Stockton's limited use of steps made for a deceptively fast floor general that often blew right past defenders out on the perimeter, despite his apparent lack of raw athleticism. He averaged a career double-double, with 13.1 points and 10.5 assists per game. In 1995, he passed Magic Johnson for the most assists in NBA history. Along with teammate Karl Malone, the pair formed one of the best pick and roll duos the NBA has ever seen. Stockton retired after the 2003 season.

In his 19 seasons, Stockton was a 10 time All-Star, 11 time All-NBA team, five time All-NBA defensive team, nine time NBA assists leader, two time NBA steals leader, the NBA's all time leader in assists and steals, and the 1993 NBA All-Star Game MVP. He was inducted into the basketball Hall of Fame in 2009 for his individual career and again in 2010 as a member of the Dream Team.

"Cooz" helped make the point guard position what it is today.

After refusing to play for the Tri-Cities Blackhawk, Bob Cousy was picked up by the Celtics for $9,000. The "Houdini of the Hardwood" dazzled fans with his slick ball handling, no look passes, and 20 points per game average. In his first 11 seasons in the NBA, Cousy led the league in assists eight straight times. He's the reason the Celtic Tradition now prides itself on team play and winning championships. Between 1957 and 1963, Cousy joined forces with Bill Russell to bring Boston six NBA Championships in seven years. He spent his final seasons with the Cincinnati Royals before retiring in 1970.

In his 20 seasons, Cousy was a 13 time All-Star, 12 time All-NBA team, eight time NBA assists leader, two time All-Star Game MVP, the 1957 NBA MVP, and six time NBA champion. He was inducted into the basketball Hall of Fame in 1971.

He was the baddest of the "Bad Boys."

The second overall pick in 1981 by Detroit, Isaiah Thomas made an almost immediate impact. In Detroit, he was the ringleader for a collection of goons who thrived upon intimidation, dust ups, and rough and ready play. In their prime, the "Bad Boys" drove Michael Jordan and the Bulls crazy as the Piston enforcers would close out on drives in the paint and just slam the more athletic Bulls players. As a scorer, Thomas often waited until crunch time to dominate and did it in a number of ways. He spent his entire career as a Piston before retiring in 1994.

In his 13 seasons, Thomas was a 12 time All-Star, five time All-NBA team, the 1985 NBA assists leader, the Detroit Pistons all time leading scorer, two time All-Star Game MVP, two time NBA champion, and the 1990 NBA Finals MVP. He was inducted into the basketball Hall of Fame in 2000.

A territorial pick by the Cincinnati Royals in 1960, Oscar Robertson was the NBA Rookie of the Year after almost averaging a triple double for the entire season. In his second season, Robertson became the only player in NBA history to average a triple double for an entire season He was ranked as the single season leader in points, assists, free throw attempts, free throw percentage, and minutes played at one point in history. After a 1970 trade to the Milwaukee Bucks, he was finally able to showcase his skills for the benefit of a winning program. Teamed up with a young Lew Alcindor(aka Kareem Abdul-Jabbar), Robertson helped lead his Milwaukee Bucks to a 4-0 NBA Finals sweep over Baltimore. He retired after the 1973-1974 season.

He was physically built to play any of the five positions.

The first overall pick in 1979 by the Lakers, Earvin "Magic" Johnson won a NBA championship and became the only rookie in history to win the NBA Finals MVP award. In Game 6 of the 1980 Finals, Magic subbed in for an injured Kareem Abdul Jabaar to record 42 points, 15 rebounds, and 7 assists. Johnson’s all around performance came against Dr. J’s 76ers and clinched the first of his five championships for the Lakers. Magic was a one man fast break who could crash the board, control the basketball, and push the tempo. His rivalry with Larry Bird and the Celtics are one of the greatest in history and Magic's 2-1 record in NBA Finals against Boston shows that. Johnson retired abruptly in 1991 after announcing that he had contracted HIV, but returned to play in that year's All-Star Game and winning the All-Star Game MVP. After protests from his fellow players, he retired again for four years, but returned in 1996 to play 32 games for the Lakers before retiring for the third and final time. 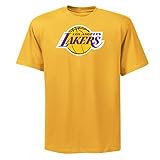 The Big O: My Life, My Times, My Game
Buy Now

Who is the greatest point guard of all time?