These guys will be asked to shutdown an opponents receiver corps. Today I rank the top five cornerback prospects for the upcoming NFL Draft.

Bio: A top rated recruit out of high school, Jalen Ramsey became the first freshman cornerback to start opening day for the Seminoles since Deion Sanders. In his three years at Florida State, he was a three time All-American and also won the ACC indoor and outdoor long jump titles as a junior.

Strengths: Dominant athlete. Sprinter and champion long jumper for Florida State's track team and hit a 40-inch vertical leap in high school. Prototype frame for a big, press­ cover corner. In press, lands accurate blows with extended arms into the shoulders of receivers. Can redirect and completely road­block a route with his disruptive press strength and tactics. Has experience at safety and as slot corner as well. Boundary corner in 2015 and quick to crowd outside releases against sideline. Shines in coverage. Has athletic ability to slam on brakes from full speed and shadow comeback routes. Length and closing speed make it difficult to beat him over the top. Elite leaper who can challenge jump balls against anyone. Uses aggressive ripping and raking against catch attempts. Aware and instinctive from zone and man coverage. Diagnoses quickly and will stick a foot in the ground and drive hard towards the ball. Balanced, wrap-up tackler in space. Allowed a completion rate of just 38.5%.

Weaknesses: Not very fluent in his lateral movements. Shows hip tightness from press. Overreacts with feet to initial moves from press and can be knocked off balance by a clever release from a receiver. Footwork and patience from press must improve or teams will match him up against his quickness. Lacks fluid hips to open and run. Allows early separation in tight quarters and a clean passing window against crossing routes. Had no interceptions this year and just three for his career. Lacked competitiveness as a junior. Waits for play to come o him on running plays. Can be a playmaking run­ stopper on one play, but passive aggressive on the next.

Bio: One of the most highly sought after recruits in Clemson history, Mackensie Alexander had the work ethic and football smarts to be a day one starter. While he may not have recorded any interceptions over the last two years, that was more due to teams refusing to throw in his direction.

Strengths: Fierce competitor who is quick to mix it up with a receiver after the play. Extremely confident and shows signs of being able to rise to the occasion against elite competition. Allowed just 29.6% completions and no touchdowns. Smaller, but well built with good muscular definition. Able to read wide receivers and gain a head start on their routes. Goes to work in the film room. Reacts quickly to what he sees. Has very good recovery quickness within the first ten yards to close out any early separation. Showed improved technique in 2015. Loves to trap and crowd outside releases against the sideline. When he learns to play ball over man, his passes defensed will jump. Plays stronger than his size and his demeanor fires up his teammates.

Weaknesses: Shorter than teams like for cornerbacks outside and will have his hands full with NFL size on the outside. When bailing in coverage, needs to make sure to stay within play range of the receiver. Can get too caught up in trash ­talking which could lead to taunting penalties. Production numbers lower than expected. During two­-year stint with Clemson had no interceptions and just 11 total passes defensed. Relies on reactive quickness over quality footwork. A little frantic opening up from press coverage and could struggle against a crafty, NFL release until he gains more experience.

Bio: As a true freshman, Vernon Hargreaves led the SEC in passes defended with 14. In each of his three seasons, he was a first team All-SEC member finishing his career with 21 pass breaking-ups and 10 interceptions.

Strengths: Premier, quick twitch athlete with explosive hips and feet. Instant click-­and-­close action to explode forward and attack the ball. Vertical springs to go up and over receivers at the high point. Smooth, controlled backpedal with ability to weave and mirror route progressions. Plays with outstanding body control and balance. Feet are electric. Can overwhelm lesser opponents across from him. Instinctive and urgent in his play. Excels from press, off, or zone coverage. Fierce competitor with a strong desire to own the pass. Has quick, soft hands. Posted 21 passes defensed and 10 interceptions over last three years. Could see early kick or punt return action. Unwilling to stay blocked and doesn't hesitate for one moment in run support and against wide receiver screens. Squared shoulders tackler who runs through his target.

Weaknesses: Lean, wiry frame. Aggressive nature allows teams to bait him with double moves. More quicker than fast and doesn’t have closing speed to make mistakes underneath and still recover on top. Allowed 16.5 yards per completion this season. His height maybe an issue on the outside. Big receivers will pose a challenge on the next level. Had his two worst games of the season in SEC Championship game against Alabama and Citrus Bowl against Michigan. Willingness to throw body around in run support could cause him to break down.

Strengths: Good height, weight and arm length combination. Clean footwork in transition with natural ability to mirror and match from press coverage. Won’t open hips early and rarely turned around off line of scrimmage. Has foot quickness in short spaces to maintain feel for his man. Extremely competitive when ball is in the air. Has play strength to redirect receivers from their routes. Aggressive hands in coverage and fights hard to disrupt the catch by any means necessary. Finished with 18 passes defensed over last two years. Has garnered praise for work ethic and technical improvement over last two years. Will come downhill against run and is diligent with contain responsibilities.

Weaknesses: Can be slow to diagnose and anticipate quarterback’s plans. Average reactive athleticism. Lacks anticipation. Doesn’t feature the balance or twitch to rocket forward and challenge throws if he’s not shadowing his man. Won’t always play to his size as a tackler. Shows some stiffness as an open field tackler and allowed four broken tackles this season. Slow to turn head and find ball on deep throws. Becomes handsy if he senses receiver is getting over the top of him or when he’s trying to crowd the top of routes. Had four holding and seven pass interference penalties over the last two years. Diagnosed with an iron deficiency that prevented him from giving full effort on the field, in the weight room, and in the classroom as a true freshman.

Bio: As a true freshman, Kendall Fuller was the ACC Rookie of the Year. In his three years, he registered 4.5 tackles for loss, 34 passes defended, and eight interceptions.

Strengths: Supremely confident and believes he should make the biggest plays on the field. Looks to feast on unsuspecting quarterbacks on blitzes. Has the feet and twitch to trigger and go when he reads the quarterback's eyes. Takes a direct path to the ball. Ball hawk in the short and intermediate passing game. Logged 34 passes defensed and eight interceptions in 2013 and 2014. Smart and trusts his instincts. Good coordination from press coverage and can track releases both inside and out. Understands the body game and gets into the chest of receivers while running downfield. Willing tackler who steps downhill and doesn’t miss his mark very often. The youngest of four brothers who all played in the NFL. Vincent played seven years in the league as a safety, Corey lines up as a reserve receiver for the Detroit Lions, and Kyle has played well at corner for Chicago.

Weaknesses: Lacks desired size and length for the outside spot. Doesn't have the recovery speed to be able to take as many chances on the pro level. Lacks field discipline. Gambler who will get his legs chopped by double moves and pump fakes. Allowed 16.7 yards per completion when he was fully healthy in 2014. Needs to get better at finding the ball when he’s beaten over the top. His play style could lead to early holding and interference penalty issues. Broke his wrist at the end of 2014. Tried to play through a knee injury and ended up shutting it down after the first three games of the 2015 season.

Which cornerback will have the most success in the NFL? 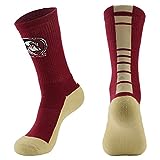