Every Olympic Games seems to have its controversies and the Marathon event,one of the greatest races in the history of the Olympics has certainly had its fair share of controversial moments.

Dorando Pietri was a very likeable and popular Italian marathon runner , who's 1908 London event became known as Dorando's Marathon. He made it across the finish line with a little help from his friends, as the exhausted Italian competitor was carried over after he had collapsed. it was obvious he would be disqualified.

Cruising to the Finish Line

The American city of St Louis hosted only the 3rd ever Modern Olympic Games in 1904 and it was here at the Olympic Stadium in New Orleans that the host Nation runner Fred Lorz was the first man home and subsequently the New Yorker was hailed as the winner.

Of the 31 starters for this coveted event, 17 were from the United states,10 from Greece,3 South Africans and the lone Cuban runner Felix Carvajal, the hard-up postman had begged his way to New Orleans to compete.Alas the little Cuban did not live up to his own lofty ambitions and hampered his own chances by stopping to pick fruit and chatting with spectators on route.

Meanwhile Lorz had completed nine miles of course in a searing heat, when he encountered severe cramp, he stopped and hitched a lift in a motor car. The unreliable vehicle broke down before it reached the stadium, and Lorz decided to run back to the stadium to collect his clothing, which had been forwarded and awaiting his arrival. Well ahead of the field, a fresh looking Lorz crossed the finish line to adulation. Fred enjoyed the false acclaim and failed to explain the situation to the officials and correct the mistake.

When the furious officials were informed of the truth, second place runner Thomas Hicks was awarded gold and the sad and sorry Lorz was banned for life.

However many people believe Hicks should have been disqualified. Due to the extreme conditions less than half the field finished and Hicks himself received strychnine and brandy around the course. He collapsed on the finish line, and never ran a marathon again.

This was not the first instance of an Olympic Marathon runner taking a shortcut.In the the very first modern Olympics held in Athens, the Greek runner Spiradon Belokas had the distinction of becoming the first cheat at the Inaugural marathon.He was disqualified from the bronze medal position when it was revealed that he had ridden part of the way in a carriage.

But spare a thought for the 1972 Olympic champion the East German Waldemar Cierpinski who ran an extra lap at the end of the Marathon because there was a '1' on the lap counter. 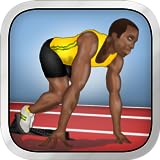