American Athletes We Forget to Remember

Kristi has been a competitive gymnastics coach for 25+ years and has coached levels 3-10 to state, regional, western and national titles.

Born in Flushing, New York to Australian parents, Julianne was coached by the famous Bela and Marta Karolyi. As the first US gymnast to score Olympic Gold for the United States in an individual event, she was considered the best American gymnast from 1981-1984. Julianne was slotted for the 1980 Moscow Olympic games and unfortunately had to wait due to the boycott. In the 1984 Olympic Games Julianne scored a perfect 10.0 on the uneven bars to tie with China (who also scored a perfect 10.0) but that wasn't the 10.0 the press raved about. She was graceful, elegant, strong, talented and charismatic. She was America's sweetheart.

Mr. Turcotte is best known as being the jockey for Secretariat - one of the best race horses in the history of American horse racing. He trained with Lucien Lauren gaining international fame while riding Secretariat though he was well known for being an excellent and brash jockey prior to riding for the Chenery family, who owned Secretariat. Turcotte became the first jockey to win back-to-back Kentucky Derbys since 1902 and is the only jockey to have ever won five of the six consecutive Triple Crown races. Ron Turcotte still holds the record for the fastest time at the Belmont Stakes winning by 31 lengths in 2:24. He is also the jockey who brought back the triple crown after a nearly 50-year drought and he did it while riding Secretariat.

Born in Triumph, Idaho and raised on a farm, Picabo was named after a village close to her hometown. Picabo joined the US ski team at the age of 17 skiing mostly downhill and super G. She didn't ski slalom internationally until the age of 21. She stood on the podium in the Nagano winter Olympics, where she brought home a gold medal, and again in the Lillehammer winter Olympics bringing home a silver medal. Picabo is the first American woman to win a downhill World Cup title. At present, she has won nine downhill World Cup races and has medals in three World Championships.

Born in Coos Bay, Oregon, Steve Prefontaine is considered by many to have been the best distance runner in the world. His running career started at the age of 16. In college he ran for coaches Bill Bowerman, and Bill Hayward at the University of Oregon. Steve is credited with bringing fame to the three-mile race. During his junior year of college, Steve qualified for Team USA and ran the 5000 meter race in Munich in 1972 placing 4th.

After graduating from the University of Oregon, Steve began training for the 1976 summer Olympics in Montreal. While preparing for the Olympics, he broke records in all of the races from the 2000 meter to the 10,000 meter. Steve's dream of winning an Olympic medal was cut short on May 30, 1975 when he was killed in a car accident. 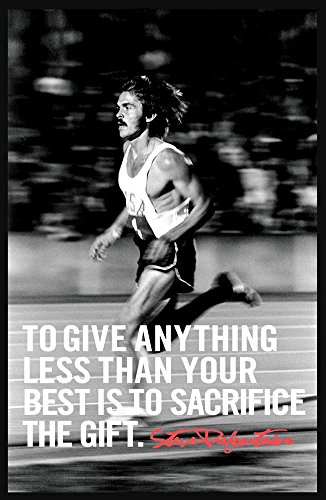 Not many men have walked in the Opening Ceremonies of five Olympic Games but this man has. Brian Shimer has been on the US bobsled team in Calgary, Albertville, Lillehammer, Nagano and Salt Lake City. He was the driver for the four-man bobsled which led the team to win a bronze medal in Salt Lake in 2002 and was chosen to carry the US flag in the Closing Ceremonies of the 2002 Olympics in Utah. He now coaches for the men's US team.

Known as the "King of Supercross", Jeremy was born in San Francisco, California. He began his career on a BMX bicycle which allowed for the natural transition into motocross and supercross. As well as helping bring freestyle motocross into the forefront, he introduced several new tricks - one of which he coined the "Nic Nac". Jeremy's accolades include winning an impressive seventy-two 250cc Main Events as well as seven supercross championships. Jeremy retired with a total of eighty-nine wins and had the honor of representing the United States on the US team in 1993 and 1993 at the Motocross des Nations. In 2003 he was inducted into the AMA Motorcycle Hall of Fame.

Born Phoebe Ann Moses in western Ohio, Annie was the first female American sharpshooter and exhibition shooter. Her rise to fame earned her a spot in Buffalo Bill's Wild West Show, That starring role turned her into America's first female superstar. Her shooting career began at the age of 15 when she paid the mortgage on her mother's home by hunting game and selling it in town. Later that year a local hotel owner arranged a shooting match between Annie and Frank Butler, who was a traveling show marksman. After losing the bet, the equivalent of $2000.00 US dollars, Mr. Butler began courting Annie and they married in 1882.